Toddlers Can Be Super Aggressive. Here’s Why and What to Do. 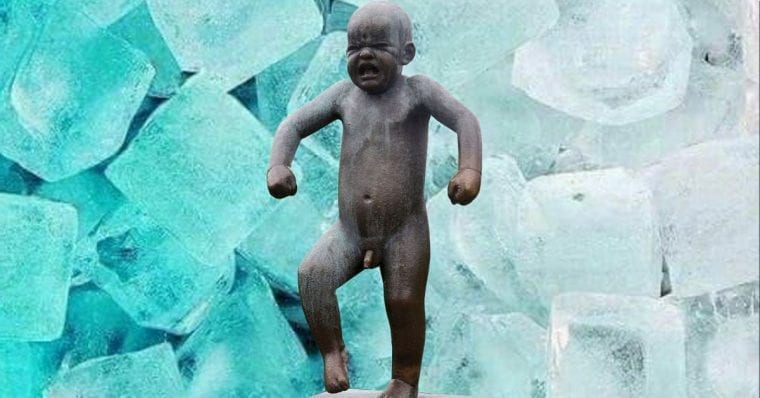 Aggression is a common behavior problem in 2-, 3-, and 4-year-olds. It’s a normal part of toddler development — but it shouldn’t be dismissed as a phase. Aggression isn’t something kids just ‘grow out of.’ They need help and guidance, and they need it from the earliest moment parents notice aggressive behavior.

It might help to think of aggression an external sign of internal conflict. What we see in young kids as unwarranted harsh, harmful, or unpleasant actions, is actually often an effort to resolve some sort of distress. Kids aren’t born with the ability to identify the emotions or sensations they feel – much less are they inherently able to communicate and resolve their distress effectively. Even adults have difficulty parsing confusion, frustration and hurt; very young kids, unless taught, just know something is painfully off or wrong. Lashing out – hitting, pinching, scratching, flailing, kicking and biting – is often their way of expressing their frustration either at a situation, or at their inability to articulate how they feel.

Kids’ brains and cognitive ability to regulate emotions grow exponentially in the toddler and preschool years. But just because kids are gaining the capability to speak about more complex things doesn’t mean they’ve been taught how to identify strong negative emotions and describe them.

Because the brain is still developing, the alternative ways kids learn to manage aggression –self-regulation, self-control and emotional regulation – actually affects how the brain develops, too, encoding these skills as default responses rather than aggression.

Which means disciplining aggressive toddlers isn’t about punishment (which actually has the opposite effect and will only cause more aggression); it’s about giving them emotional management strategies that are more acceptable than hitting, kicking and biting.

What is normal aggressive behavior in toddlers?

In early childhood, aggression is generally expressive and physical; in most cases, the child isn’t aiming to hurt someone. For example, a toddler may be so involved in play he or she doesn’t notice the other child isn’t happy when the blocks are knocked down. When carried out safely with supervision, kicking, pounding, throwing, and knocking down toys can be appropriate physical play for children.

However, problems occur when children go beyond these safe situations to ones that can cause injury to people or damage to property, from biting, scratching, hitting or kicking.

As kids grow into middle childhood, aggression typically becomes more instrumental or object-related. Kids hit, snatch or bully over who will be first in line, who gets the most toys, or who will be the leader. That said, aggression should steadily reduce between ages 4 and 11, as kids hone their self-regulation and language skills and observe adults modelling healthy behavior.

What to do when your toddler hits

Regardless of whether your toddler is aggressive with another child, another adult, or yourself, it’s critical to create a narrative around hitting, pinching, or biting, that communicates to the child there are other, more preferable ways to deal with conflicts and emotions.

Intervene in the moment, immediately.

If a toddler is having an aggressive tantrum, or fight with their sibling or friend, respond right away and stop the violence — don’t let things escalate. Acting in the moment allows you to help model alternative ways of dealing with the situation and build problem-solving skills.

Give a toddler time to cool down.

Part of what’s driving kids aggression at this age is kids’ inability to communicate what they feel. When they’re in the middle of a strong emotion, they’re not going to be receptive to a discussion aimed at building their ability to do so. So give them time to cool down away from whatever is triggering them. (Time outs can be effective for this, at this age, if used correctly.)

Ask questions to understand what the child is feeling.

You may already guess what’s driving the aggression (e.g., frustration at a toy being taken away) but asking your child questions once they’ve calmed down will help them to recognize the emotion and its cause – the first step to mastering it.

Give kids alternative ways of expressing their emotions.

Phrases like “We use our words not our hand,” remind toddlers to communicate verbally what they’re feeling, not by physically lashing out. Or, even for young children, it helps to ask them what they could do instead when they feel mad/sad/frustrated; they might come up with a creative, alternative solution that you can help them enact. Tell your toddler it’s okay to feel whatever emotion they’re experiencing, but that the aggressive behavior (hitting, pinching) is not. Emotions aren’t a choice, but aggression is.

Help them see the other side.

Let your child know exactly what behavior is expected or acceptable, and what behavior is not. Using phrases like “we wait for our turn,” and “we use our words not our hands,” even when kids are not acting out helps instill these behaviors as defaults.

Praising the behavior you’d like to see more of is proven to be the only effective means of changing behavior long term. So when kids make even a small attempt to choose more acceptable ways to manage their emotions rather than act aggressively, make sure to notice and commend the behavior. Tell them how proud you are, and why exactly, and that they should be proud of themselves.

Nagging or punishing children for acting aggressively is actually counterproductive; it can reinforce aggressive behavior.

Children who know they have adults who they can talk to and trust are less likely to be aggressive when dealing with challenges. Avoid indulgent or controlling parenting patterns that contribute to aggression in children.

Finally, and most importantly, model the behavior you want to see.

Be aware of what your words and actions are communicating. We all lose our tempers, but when kids see us lashing out, yelling or changing our physical behavior when gripped with emotion, they internalize the message that this is how emotions should be expressed.