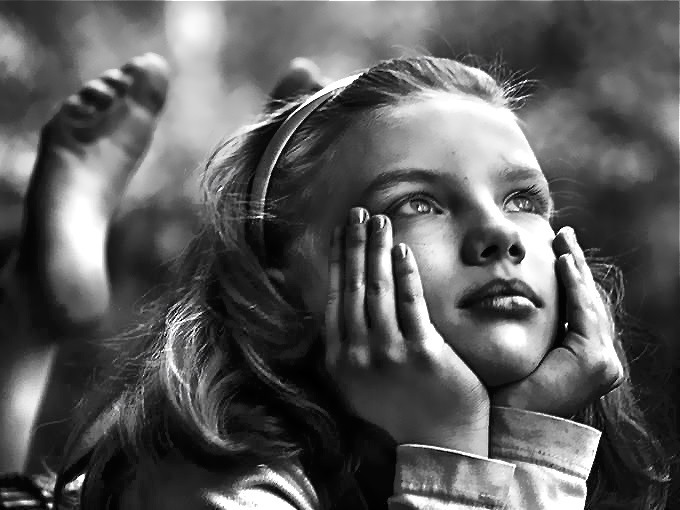 Worried your child daydreams too much? Don’t be. Research suggests daydreaming* is actually very integral to children’s development, and could help your child grow into a smarter, more creative adult.

What happens when you daydream?

Most adults perceive daydreaming to be useless, but half our mental activity is spent doing it – possibly more, when we’re children.

Through studies that asked people to perform attention and memory tasks, scientists stumbled upon the brain activity behind daydreaming. While watching brain scans, they realised that certain parts of the brain fired up and interacted in between tasks, when the subjects were idle. They called these interactive regions the brain’s default mode network (DMN), a sort of standby mode for the brain in which it generates its own stimulation and thought, uninfluenced by the surrounding environment. But what’s more interesting is how our default networks entertain us – by thinking about past experiences and future possibilities. Daydreaming is actually a state of self-reflection and self-organisation.

“We think of daydreams as scatter-brained and unfocused, but one of the functions of daydreaming is to keep your life’s agenda in front of you,” said Eric Klinger, PhD, a professor of psychology at the University of Minnesota, in a 2010 interview with Psychologies magazine. “It reminds you of what’s coming up, it rehearses new situations, plans the future and scans past experiences so you can learn from them.”

Is daydreaming good for you?

Children’s brains use daydreaming similarly. Daydreaming is a way for kids to process the vast amount of new information they’re taking in, helping them to understand and think of ways to apply it. Children obviously lack the breadth of experience that adults have, and their default networks help them contextualize and process emotions and life events by creating stories and reasoning to explain the situations they experience. Their daydreams help them imagine new thoughts, identities and goals in a safe environment – their minds.

Which means for children, daydreaming isn’t just a mechanism to cope with information overload, it’s an integral part of their development. The default network is associated with all sorts of important cognitive functions including memory, emotion identification and regulation (EQ, so to speak), future planning and goal-setting, Theory of Mind (an ability, which develops around age 4, to recognize other people have their own thoughts and reflect on what those might be), understanding just and unjust actions, understanding social situations, and narrative comprehension.

In parental terms, these cognitive functions are at the root of becoming a well-behaved, compassionate, moral and socially competent individual who is able to play well with others, make sense of what they’re told and anticipate the future accordingly. (And if you need an academic argument to persuade you, narrative skills strongly predict children’s reading comprehension later.)

Perhaps unsurprisingly, then, mind-wandering is linked to intelligence, creativity and that much-vaunted 21st century skill: the ability to multi-task. Subjects of a daydreaming study at the University of Wisconsin-Madison displayed signs of extra mental workspace, or working memory, which enabled them to remember things better or add figures without writing them down. Daydreaming also lets the mind access dormant information to make new and surprising connections, often leading to bursts of creativity, solutions to problems and new insights.

Of course, there’s a trade-off. There are times when letting the mind wander means missing out on important information in the current environment, whether it’s a teacher’s lecture or a parent’s warning. But, perhaps it’s less about how to stop daydreaming while studying or daydreaming in school entirely and more about how to harness the power of daydreaming to support learning.

The trick is in letting the mind wander – but not too far. According to some researchers, the brain regions devoted to daydreaming and concentration on a task aren’t that different. A 2010 study found that college students who were asked to daydream about scenarios similar and/or more recent to the environment they were physically in did better on working memory tests than students who were asked to daydream about a completely unrelated scenario, or one in the distant past.

Of course, subjects who actually paid attention performed the best. So, if you’re still worried your child daydreams too much, consider creating time and space for daydreaming when your child isn’t missing out on anything important – that is, when there are no digital distractions and little external stimuli in the environment.

In other words, let your child be bored.

*Daydreaming is different from excessive inattention or chronic forgetfulness or distraction. The latter could be signs of ADHD. When daydreaming is so frequent that your child suffers from negative outcomes, or is unable to steer themselves even after they’re called to attention, – it might be good to consult a child development specialist.