Scientific understanding of speech problems in children has grown by leaps and bounds in recent decades. But like much of academic understanding, it has yet to translate into everyday knowledge. Incorrect beliefs about speech disorders still hold strong. The fact that we often hear these myths from our elders lends them false credence.

Unfortunately, these are not harmless maxims. The following myths prevent many children from getting the help they need to thrive – and leave many families struggling with guilt and confusion.

Myth #1: “My child has speech problems because I’m a working mother.”

In my practice, I have heard moms, particularly working moms, blame themselves countless times for speech problems in children. I hear things like, “Do you think he’s not talking because I work and I’m not with him all day?” and “Should I quit my job?” The answer to both questions is No – your work is not the reason your child has a speech problem.

Babies are born with an innate ability to learn language; they learn language whether they are “taught” it or not. Children who have even zero parental input can still pick up language from other caregivers, siblings and friends. While it is true parental interaction definitely enhances the breadth and richness of a child’s language, it’s not about the quantity of time you spend with your child; it depends on the quality of time you spend.

Myth #2: “My in-laws say my husband was the same and he turned out okay, so I don’t need to get therapy for my child.”

Some speech-language issues can have a genetic basis. But research only shows that they can be, not that they definitely are. Many other speech problems are individual. And even if a speech disorder is hereditary, there is no way to tell to what degree the child may be affected. It’s possible the speech disorder is more severe in the child than it ever was in the father. In other words: There is no way to tell whether a child will be ‘OK’ without therapy.

Research has established that speech problems can often contribute to reading and writing difficulties. While it’s entirely possible for a child to overcome these difficulties, the struggle it takes to do so may be scarring and the unusual effort it takes to wield words may be lifelong.

What is clear is that, when a speech disorder is detected early, therapy can mitigate its effects on speech, writing and reading. Regardless of whether one or both parents had speech problems and ‘turned out fine,’ it’s important to meet a professional and let them assess whether your child is a suitable candidate for therapy.

Myth #3: “He will eventually outgrow his speech problems.”

This is a very common phrase heard in speech therapy clinics. A child’s grandparents, one parent, or even pediatrician may feel the child will eventually outgrow his or her speech issue. It is true that some issues, like mispronunciation of certain sounds, take time to develop (for example, difficulty with the ‘r’ sound should only be treated after age 5).

But speech problems don’t disappear with age – in fact, many become more difficult to treat the older a child grows. If a parent feels concerned about the way a child is speaking, they should trust their gut feeling and check with a speech therapist. If it’s not a speech disorder, you can be reassured by a professional; if it is, you are in the right place to get your child help.

Myth #4: “It’s because my disciplining style is too strict/lenient that he’s like this.”

Parents carry a lot of guilt, never more so than when their child has been diagnosed with a problem. Many parents believe their disciplining style is something that has caused the speech issue, particularly if a couple each has different parenting styles. For example, a dad may feel his child’s speech delay is mere stubbornness due to the mother’s leniency; in actuality, it may be due to an attention issue which no one has yet caught. Or a parent may feel they’ve “caused” a child’s stuttering by being too strict.

Parenting styles don’t cause speech problems in children. And personality traits (like stubbornness) don’t influence speech either. However, if a parent is disciplining a child for his speech problems or constantly correcting him, it’s possible the pressure and negative attention can make it more difficult for the child to overcome the speech disorder.

Myth #5: “He started talking like this after he began imitating a friend or a TV character.”

Speech problems can’t be “caught” or imitated. Even if a child imitates someone else with a speech disorder, it will not transfer to his regular speech unless he had a genetic predisposition toward a speech issue already. You can read more about how speech disorders in children are not contagious here.

Speech issues are no indication of a child’s intelligence. Charles Darwin, Winston Churchill, Hrithik Roshan, Tiger Woods and many more bright and successful people started out with speech difficulties. While children with cognitive challenges often struggle with speech, that does not mean all children with speech issues also have cognitive issues. With timely help from a speech therapist, a child can manage or overcome their speech problems and go on to thrive. 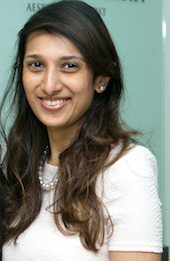