Eating Placenta After Birth Is Neither Helpful Nor Harmful 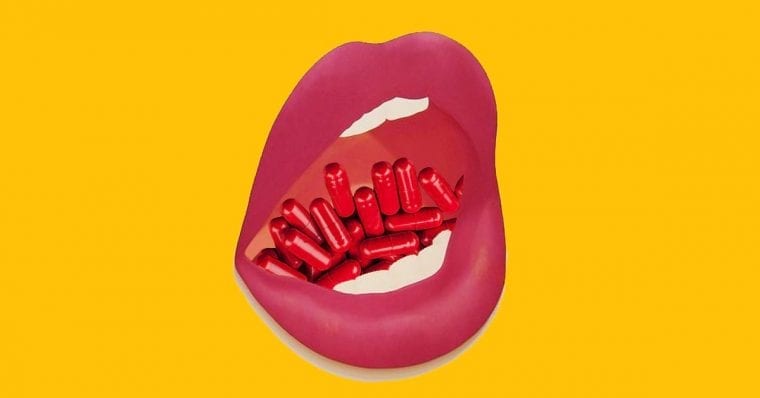 If eating placenta is something you’re interested in, you’re a braver woman than any one of us. But not a riskier one: The largest study of its kind has just found mothers who eat their placenta pass on no harm to their newborns, compared to infants of mothers who do not consume placenta.

Eating placenta following childbirth is a niche trend in industrial countries, such as the United Kingdom, France, Germany, Australia, and the United States. Although precise estimates are not yet available, most experts agree there are many thousands of women in the US alone who eat their placenta in a variety of ways: raw, blended into a smoothie; dried, and contained in capsules; cooked, and used as a meat substitute; or as a tincture, dropped into water.

The study also found that eating placenta was more common among women who reported a history of anxiety or depression, and that the most common reason for choosing the practice was to prevent postpartum depression. This, despite little evidence of any benefits of eating placenta: This study’s lead author, Daniel Benyshek, a professor of anthropology at UNLV, last year conducted research that found taking placenta capsules had little to no effect on postpartum mood, maternal bonding, or fatigue, when compared to a placebo.

“This research, based on a large sample of consumers, gives us a better understanding of why women are consuming placenta after birth and the effects of that consumption on newborns,” said study co-author Melissa Cheyney, a licensed midwife, medical anthropologist and associate professor at Oregon State University. “The findings also give us a foundation from which to further explore the impact of placenta consumption on postpartum mood disorders.”

The new study, which examined birth outcomes and newborn risk, as well as how women consume their placentas and their motivations for doing so, contrasts a recent recommendation against the practice issued by the US’s Centers for Disease Control and Prevention.

The CDC report was based on a single case study of a baby in Oregon who may have become infected with group B Streptococcus agalactiae following maternal consumption of an infected placenta. Based on that case, the CDC recommended that placenta capsule ingestion should be avoided.

“Our findings were surprising given the recent guidelines recommending against placenta consumption, as well as the known risks of consuming uncooked or undercooked meat,” Benyshek said. “These new findings give us little reason to caution against human maternal placentophagy out of fear of health risks to the baby.”

The researchers said nearly one-third of the women in their dataset consumed their placenta following birth, mostly via capsules containing cooked or raw, dehydrated and ground placenta.

While the current study, published in the journal Birth, found no risk to babies, it did not examine impact on postpartum mood disorders.

“While there is currently no evidence to support the efficacy of placentophagy as treatment for mood disorders such as postpartum depression, our study suggests that if neonatal infection from maternal consumption of the placenta is possible, that it is exceedingly rare,” Cheyney said.