Super‑Short Workouts: How Effective Are They, Really? 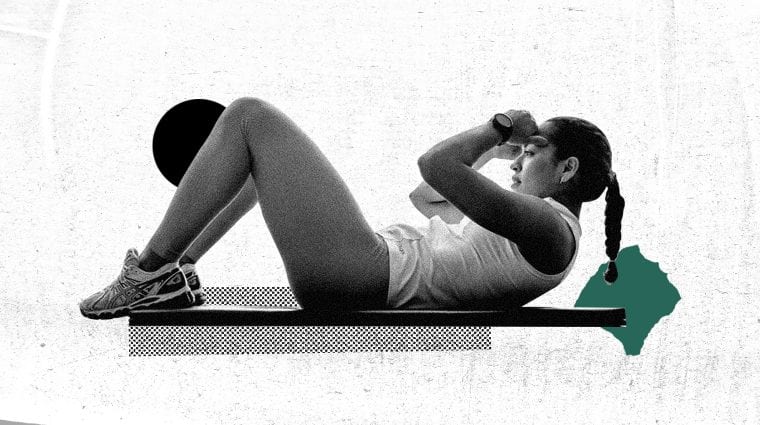 These super-short workouts are founded upon the theory of high intensity interval training, which itself is not new; it dates back to the late 70s as the training regimen behind the British track-and-field Olympian Sebastian Coe.

But it wasn’t until the mid-90s that short bursts of high intensity exercises gained scientific backing. Professor Izumi Tabata (whose surname is often used indiscriminately to describe various HIIT workouts), with the help of subjects from the Japanese Olympic speed skating team, found that if a person worked out for four minutes to complete exhaustion, it was as effective if not more than traditional exercises.

That’s not to say that fitness newbies can’t benefit from super-short workouts; they can. While Tabata’s research focused on professional athletes, research by Martin Gibala, a professor of kinesiology at McMaster University and author of the just-released book The One-Minute Workout, has explored the effects of short bursts of exercise on overweight/obese Average Joes (and Janes). He has found that one minute of high intensity exercise done three times a week improves aerobic fitness, blood pressure and muscular health.

It sounds sexy, but before you focus your all your exercise energy on these super-short workouts, there are a few things you should know:

If your goal is to lose weight, you can’t rely solely on these super-short workouts.

Exercise, in general, plays a smaller role in weight loss than you think. To lose weight, you’d need to live on a calorific deficit, which means eating less calories than you burn off.

These quick, effective workouts are primarily aimed at increasing VO2 max, which is the rate at which your body can take in oxygen and carry it to your muscles, allowing you to workout longer and harder.

Which brings us to the second — and possibly most misunderstood — fact about super-short workouts:

They aren’t actually one minute (or four, or seven) of your time.

Gibala’s 1-minute workout takes the name of the total time spent on HIIT: His workout calls for three 20-second high-intensity cycling intervals, each followed by two minutes of slow and steady cycling, for a total of 6 minutes 40 seconds (10 minutes, with warm up). Maybe this is splitting hairs, but when efficiency of time is the driver behind these ever short bursts of exercise, it feels fair to note.

The 4-minute Tabata protocol calls for eight short bursts of 20-second movements (with 10 seconds of rest between each movement). But when the way to know you’ve done the workout correctly is described by words like ‘winded,’ ‘feels like you died,’ ‘seeing stars,’ and ‘gasping for air,’ it’s safe to assume this is not a workout easily folded into an office break (unless you have an on-site shower).

These workouts are rarely used as someone’s only exercise; in fact many trainers target these super-short workouts by body part, making use of Tabata movements such as burpees, mountain climbers, squats, jumping jacks, high knee job and overhead slams (among others) and cycling (Gibala’s focus) to create a whole-body — and much longer — workout.

Which brings us to the third fact about quick exercises that call for short bursts of exercise:

They’re no better than your old 20- or even 60-minute workout; they’re just faster and more efficient.

Tabata burns the same amount of calories in four minutes as an hour of medium-paced cardio, and, after those four minutes in hell, your body will continue to burn additional calories for up to 12 hours (although Gibala calls this HIIT-induced afterburn “slight,” at least for his regimen).

The American College of Sports Medicine recommends 20 minutes of intense cardiovascular activity at least three times a week; however they have noted that an HIIT workout can burn up to 15% more calories than other, less vigorous workouts. If you do it right.

Which brings us to the last important fact about these super-short workouts:

They work best only when you’re 100% going for it.

Gibala, in a 2007 article, notes that these regimens of short bursts of high intensity exercises require “an extremely high level of subject motivation.” Still, he says in a recent interview with the New York Times, even when the level of intensity is only a slight discomfort, it’s better than no exercise at all.

If you decide one of these super-short exercises is right for you, variations of the HIIT theme are easily available online. But a few things to keep in mind as you choose one: Devika Pathak is a Mumbai based freelancer writer who began her career as a social worker. She then moved into a marketing role in the F&B before realizing that it was possible to survive on writing alone. She has spent her life in five countries and is happy to call Mumbai home (for now!). She loves traveling, laying on the beach, practicing yoga, spending time with her friends and family, has a serious sugar addiction and is obsessed with her three beagles back home. See more of what she does at devikapathak.com.

See all articles by Devika