What Does Gluten Free Really Mean? A quick flip through the menus of Mumbai and Delhi’s newest cafes turns up the latest dietary fad to consume urban Indians: the gluten free diet. While it’s been popular in the West for a while, the gluten free ethos has made its way to India only recently.

Unlike other wonder diets, this one is used to treat a host of medical conditions grouped under the umbrella term ‘gluten related disorders.’ But as people without these disorders adopt the diet in droves, nutritionists are questioning whether it’s a healthy route for the general public.

Gluten is the common name for a combination of proteins found in grains such as wheat, rye, barley, and oats, as well as other grain species and hybrids. The primary of these protein combinations is glutenin (from which ‘gluten’ is derived) and gliadin.

Why can’t some people eat it?

Answers range from genetic predisposition to unknowns. Celiac disease, the most serious of gluten related disorders, is a hereditary autoimmune disease. When people with celiac disease ingest even small amounts of gluten, an immune response damages the lining of their small intestine and causes other serious health problems. It’s a rare condition; only 0.5 to 1% of people in the world have it.

Wheat allergy is an immune reaction to any of the proteins, including gluten, in wheat – though other sources of gluten can be tolerated. But the cause of the allergy it isn’t clear; some posit too much exposure to wheat too early in life. (While wheat has been listed among the ‘big eight’ food allergens, the incidence of true allergy is, in fact, fairly infrequent in adults, though it might be higher in children.)

Non-celiac gluten sensitivity (NCGS) is the most ambiguous of gluten disorders, and experts are still looking for explanations. It is loosely defined as a sensitivity to gluten that is neither celiac disease nor wheat allergy.

In fact, some question whether NCGS is linked to gluten at all: In a 2013 study, Dr. Peter Gibson, Director of Gastroenterology at Monash University, Australia, and his colleagues compared the effects of gluten to the effects of the carbohydrate component of wheat they called FODMAPs (an acronym for: fermentable oligosaccharides, disaccharides, monosaccharides, and polyols), which are also present in dairy and high-fructose foods. When gluten and FODMAPS were both eliminated from the diet of study participants, and gluten was reintroduced, NCGS symptoms did not reoccur, leading the team to believe FODMAPS were more likely the real cause of distress.

While research continues, studies estimate the incidence of NCGS anywhere between 0.5 to 6%, but since many patients self-diagnose, these numbers are no better than guesses.

How do you know if you have a gluten problem?

This very the ambiguity around NCGS has resulted in a large number of people self-diagnosing, without any evidence, giving rise to a myth that gluten is a toxin and must be shunned; a recent study found that one-third of Americans aim to go a gluten free for “no reason at all.” While similar data for India does not exist, the rise of gluten free cafes and supermarket aisles is proof that ‘gluten anxiety’ is fast taking root.

Should I go gluten free?

For people with a gluten related disorder, eliminating the gluten proteins from their diet is a medical necessity. For the rest, however, it’s a misguided change in diet that might do more harm than good.

For most people, cutting out gluten from their diet essentially means cutting out wheat. And unless wheat is replaced with another grain, it means a diet lacking in fibre and important nutrients such as vitamin B12, phosphorous and zinc, as several studies have found. It also means missing out on the health benefits of eating whole grains, which have been widely documented.

According to Dr. Zubeda Tumbi, a clinical nutritionist in Mumbai, most people turn to gluten free foods as a quick fix to make them feel better about their choices and weight. It’s a mindset as worrying to her as the effects of the diet on people who don’t need it.

“I meet several clients who have tried a juice cleanse or any of these fad diets [like gluten free], and they come to me for help with repairing the damage,” Dr. Tumbi says. “Some of them have nutritional deficiencies, or their hair is falling out.”

She has seen several clients adopt a gluten free diet in the belief they are eating more healthfully. But upon questioning them, she discovers they are eating gluten free cakes, breads, or biscuits, many of which contain artificial additives, additional sugar, or fat – far more unhealthy substances than gluten.

Even if you take pains to balance your gluten free diet, Dr. Tumbi says it may still be a bad idea. Fad diets like gluten free prescribe blanket rules which don’t allow for individual’s unique nutritional requirements or preexisting conditions.

For example, she says, “it is perfectly fine for most people to eat bananas, but for a diabetic person it isn’t. That doesn’t mean banana is unhealthy.” The same is true of gluten.

But I keep hearing about how great a gluten free diet is.

Nutritionist Kajal Bhatia says she has seen a gluten-reduced diet help clients’ digestion and energy levels, though she is quick to note the plans she develops for clients include local grains and wholesome foods, not processed gluten substitutes. Bhatia advocates for reducing, if not fully eliminating, gluten consumption for everyone.

But research is increasingly suggesting that the outcomes her clients see could also be attributed to cutting out excess calories and processed foods, something that self-imposed gluten free diets might not account for.

Still, it’s impossible to ignore the clamor of thousands of people – few of whom have a gluten related disorder – who report feeling better after cutting gluten from their diet.

While hospital records show a high incidence of celiac disease in areas of India where large amounts of wheat are consumed, and a 2012 Pune report suggests that 12 new cases are diagnosed in the city every month, the disease is rare. The popularity of the diet – and the number of people claiming benefits — far outstrip the number of people who actually need it.

One explanation is that when people on self-imposed gluten free diets report relief from symptoms like abdominal pain, bloating, gas, headaches or diarrhea, they might be overlooking the effects of other healthy lifestyle changes they’ve made in tandem.

Another is the placebo effect: With celebrities and lifestyle gurus endorsing the diet right and left, it’s easy to become convinced that gluten free is a healthy, aspirational choice. And when we tell ourselves we’re making better choices, we feel better.

What else should I know?

As the gluten free fan following grows, so does the food industry, and companies have begun to market products that claim to be gluten free but aren’t truly so. For the gluten anxious, this may do no harm, but for a sufferer of celiac disease it could have grave consequences. While the fad has drawn more awareness to gluten related disorders, it has also precipitated a lack of seriousness around gluten free eating, making it difficult for people for whom the diet is not a choice.

Scientists, doctors, nutritionist and dieticians don’t fully understand non-celiac gluten sensitivity. What they do know is that a small percentage of the population might have a sensitivity either to gluten – or to FODMAPs – that can’t be categorized as celiac disease or a wheat allergy.

But if you suspect you may be one of those people, a self-imposed gluten free diet is not likely to be conclusive, since reactions to a specific dietary component are hard to track. Working with a dietician who has experience shaping diets to individual needs would be more beneficial.

If you’re simply interested in feeling healthier or losing weight, there’s a tried and true solution out there that’s much better than gluten free, says Dr. Tumbi: a balanced diet. 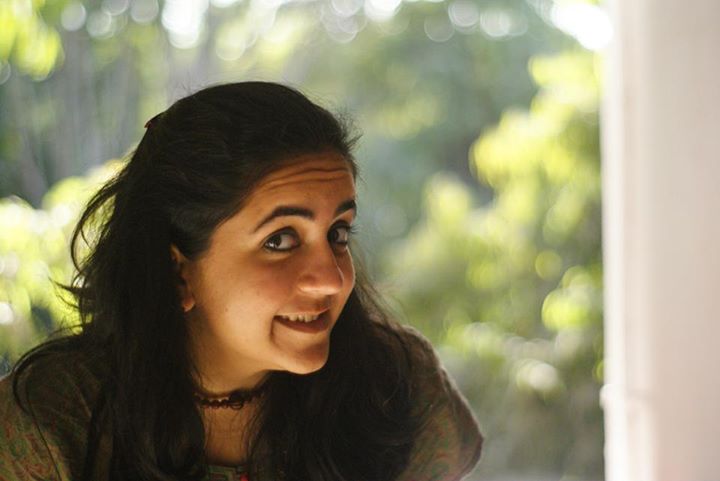