The Myth of Three Meals a Day 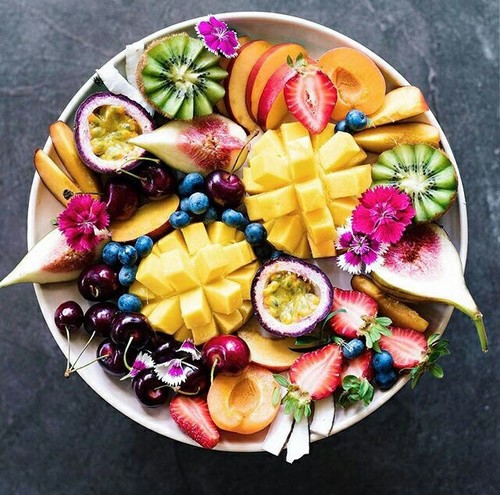 I sat in my living room at 3 am – sleep deprived, my hair in a messy bun, trying to shove a milk bottle in the mouth of one of my 5-month-old twins, who refused to drink. His last meal had been six hours ago, and he hadn’t been drinking the recommended amount for his age. He’d had eaten half a bowl of carrots, before throwing that up (mostly on me). How was he not hungry? Was something wrong with him?

But they aren’t. It’s not the child’s eating habits that are off – it’s our thinking.

The myth of three meals a day

There is little biological basis for most recommendations around food consumption. Baby milk intake is based on averages, and the breakfast, lunch and dinner routine embraced by much of the developed world was influenced more by factory schedules and electric lighting, than any circadian need for sustenance. Yet, we have accepted these strictures so completely that our lives, professional or social, are structured around these meals – as is our childrearing.

Of course, many would argue that a lack of discipline, when it comes to food, is more of a problem than artificial regulation of it. Parents often resort to using food, especially sweets or junk food, as treats or rewards for good grades or behaviour. We’ve invented a new category of sustenance – “comfort food” – that we partake in out of whim, not need. Little wonder the WHO last year termed childhood obesity “an exploding nightmare” (a perhaps unfortunate choice of words) that more than 10 million kids suffer from in India alone.

Whether the traditional austerity of three-squares-a-day culture gave rise to a rebellious and hyper-indulgent backlash is impossible to say. But what I can say, and do say, is that there’s a middle ground, a better way: mindful eating.

What is mindful eating?

Mindful eating means to eat with intention and attention, allowing your body and brain to make a careful nutritive choice and decision. Many people reduce mindful eating to the simple mantra of “eat when hungry.” But it is far, far more. The idea, originated in the books Eat What You Love, Love What You Eat by Michelle May and How to Get Your Child to Eat: But Not Too Much by Ellyn Satter, is to delve beneath our superficial thoughts and emotions regarding food and explore and become aware of the actual body signals, emotions and associations that are driving our eating behaviour.

It’s particularly important to instil in children the habit of eating mindfully, as it can solve a lot of the food wars that set kids at odds with both food and parents (who often lose, like me, with carrot-vomit on their shirt in the middle of the night). Children are smarter and healthier than we think; babies instinctively eat when they’re hungry and stop when they’re full.

So, how do we encourage mindful eating, that natural, healthier instinct toward food? It’s not easy – children, like adults, live in a world structured around three meals a day, and often a snack time or two as well. The trick to mindful eating is to give your child as much freedom as possible within the existing routine.

How can my family start eating mindfully?

When you’re not crunched for time, try to offer two (or more) food choices that you’re okay with your child eating. This gives children the illusion of control over what they eat, which means they’re more likely to be focused on the food and their bodies’ responses to it, rather than their feelings of coercion or resentment. In the same way, consider allowing children to help draft a day’s menu from a list of parent-approved options.

Do ask the child to help prepare.

Healthy eating for kids starts before the food hits their plate. Getting kids involved in food preparation gives them partial responsibility for their meals and ownership of their needs. When we are interested in and responsible for what goes into their bodies, eating mindfully follows naturally.

A mindful diet is one that doesn’t ban or restrict food, not even sweets. It’s called an “all foods fit” approach, and it allows people more freedom to exercise willpower and be in charge of what goes into their bodies. It also is the best way to avoid less than healthy eating habits. (For example, if a child’s parents never allow her to eat dessert, and one day she happens to be away from the parents… then she will probably use the opportunity to binge.)

When dessert (or any food) is not a forbidden item, but rather portrayed to the child as one of many dishes to be enjoyed occasionally (even though it’s not nourishing), the child can choose moderation.

Do set a meal ‘span,’ rather than mealtime.

This isn’t doable for all meals, of course, but weekends offer an opportunity to allow meals to follow kids’ hunger cues by setting a span of time – say, between 5 and 7 pm for dinner – during which meals can take place. This allows you to stick to a schedule but also allows your child the time and space needed to recognize his hunger and respond to it, rather than an arbitrary time when he may not actually be hungry.

Do shut off the entertainment while eating.

Everyone loves dinner and a show, but for kids, entertainment – whether TV, videos or games – distracts them from their body’s needs. It takes about 20 minutes from our first bite for the body to release the hormone that causes our ‘full’ feeling. When we watch entertainment while we eat, our brains can’t focus 100% on the meal, and thus easily miss the signal our bodies are sending. In other words, kids will just eat until the show or game is over, rather than ever learn to recognize they’re full.

Instead, create a peaceful environment at meal times, one that is shared by the family as a whole. Let kids pick the topics they want to talk about, so they are engaged in the experience, but not so distracted as to be unaware of how much food they need.

Do help your child engage all five senses while eating.

Mindful eating requires intention and attention, and a good way to secure that attention is by asking them questions about their food. Have them look at their plate – what looks appealing? How many colours are on the plate? How does this food smell? What is the taste when you put it in your mouth? And  what is the texture – rough? Slimy? Crisp?

Questions like these not only fill dinnertime conversation, but get kids to engage fully with their food. They also give kids a vocabulary to use when they think and talk about food.

Do let your child determine how much she eats.

This is the core principle of mindful eating: We eat the exact amount we need, no more, no less, by paying attention to our body’s signals. If you’re concerned about food waste, encourage small helpings and seconds, or even thirds.

Do recognize the triggers of unhealthy eating habits.

Emotions can play a big role in what and how we eat, if we let them. Mindful eating isn’t just about following a mindful diet, but also about being aware of the seemingly unconnected feelings that can influence our attitude toward food. Insecurity around school or friends or fear of failure are common emotions that children might choose to deal with through food, rather than confrontation.

At the same time, cultural associations between food and experiences can also lead us into not eating mindfully. For instance, most people equate birthday parties with cake, or perhaps if a parent always gave you chocolate when you cried, you might equate chocolate with being sad. Identifying these connections allows us to appreciate moments and emotions more for what they are, rather than what we eat.

Words like ‘good food’ and ‘bad food’ or ‘treat’ and ‘cheat’ give children a binary and overly simplistic view of food, one that is often determined by calories, rather than nourishment, and desire, rather than need. Even when we talk in these terms about our food alone, kids pick up on the terminology – and the mindset.

Don’t use food as reward or punishment.

Explicitly offering foods as reward – whether for finishing vegetables or for getting a good grade – negates the idea that eating well and healthfully is a goal unto itself. Eating is then driven by other activities or achievements, rather than the child’s recognition of his own needs. Denying kids’ food as punishment teaches can instil the concept of scarcity, but not in a good way – in a way that encourages them to eat as much food as possible when it’s available.

Not offering or allowing children to substitute food they don’t like for food they do like communicates that some food is okay to avoid. This goes against the ethos of the “all foods fit” approach behind mindful eating. Dr. Aarti Javeri, MBBS, is certified by the Royal College of Physcians of the UK in the field of General Medicine and Endocrinology & Diabetes. She has been trained as one of the two “Am I Hungry? ®” Mindful Eating facilitators in India to help her patients with issues surrounding yoyo dieting and the emotions driving food behaviors. She is particularly motivated in delving below the surface to explore patient emotions, feelings and thoughts that act as motivators for change. She believes that patient education, patient empowerment and autonomy are driving forces to lifestyle change. She has also completed a diploma in Orthomolecular Nutrition for she studied the effects of certain foods on disease processes in the body.

See all articles by Dr. Aarti