Are Probiotics Good for Kids? 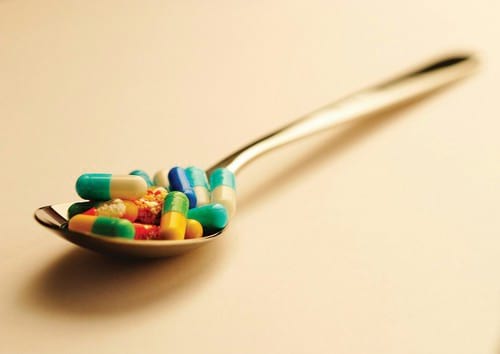 Probiotics seem to be on everyone’s lips and in everyone’s stomachs. These supplements full of ‘good’ bacteria are the latest health craze that claim to cure our bodies’ ills and prevent the same in our children. Maybe they can and maybe they can’t, but that’s the point — we don’t actually know. Even the experts don’t know much, which is why we were glad to stumble upon an excerpt from Dirt Is Good on Nautilus recently.

In it, Jack Gilbert, PhD, a professor of surgery at the University of Chicago and director of the Microbiome Institute, and Rob Knight, PhD, a professor of pediatrics and computer science and engineering and director of the Center for Microbiome Innovation at the University of California, San Diego, lay out what scientists and doctors do and do not know about probiotics for kids, with help from journalist Sandra Blakeslee. We’ve summarized the lessons below:

Probiotics are useful when your child’s gut, skin or tissue microbiome is imbalanced.

This is called dysbiosis, and it can be caused by poor eating, antibiotic overuse, illness, contaminated food or water, etc. Probiotics, for someone with an imbalanced microbiome, can re-balance the community of good bacteria. Per Gilbert and Knight:

We expect this, though we actually have limited evidence to support the assumption, and we still don’t really understand why it could occur. One theory is that the mass of cells in a probiotic drink or yogurt can activate immune responses that reduce inflammation or alter the way the immune system interacts with the microbiome.

But as a cure of illness or condition other than dysbiosis, probiotics are mostly unproven.  The exception is what the authors call a “wealth of evidence” that probiotic supplements can treat and prevent children’s diarrhea.

There is less, but still promising, research that points to probiotic supplements benefiting very young kids with food allergies. A study looking into whether the probiotic Lactobacillus rhamnosus GG could help allergic babies tolerate cow’s milk had mixed results. Another study found 4 out of 5 kids with peanut allergy could tolerate the legume after 18 months of

… a small daily dose of peanut protein together with increasing doses of the probiotic L. rhamnosus GG, which were eventually equivalent to eating the amount found in a whopping 44 pounds of yogurt every day.

(Probiotic treatment may be effective, but it’s not fast.)

And finally, a smaller study linked the consumption of yogurt naturally enriched with live bacteria to fewer colds and ear infections among a small group of young, female swimmers.

But beyond these known benefits of probiotics for kids, there’s nothing.

There’s no evidence that probiotics do anything more for children.

There’s no proof that taking probiotics will have an effect on kids’ overall health or cognition, no matter what these supplements claim:

Many types of probiotics are sold for all sorts of conditions, but very few of them have been vetted in published literature, with appropriately designed trials that would allow us to evaluate whether they actually work. It might not be advisable to give a probiotic to your child unless you need to—and even then you should select one that has been shown to help kids with the condition you are dealing with. Otherwise you’re likely to throw away your money.

Neither is there evidence that probiotics don’t do more; it’s a gray area that needs research.

Basically, giving children probiotic supplements is a bit of a gamble; in doing so, parents are counting on research to catch up and prove them right. And that might, eventually, happen; or, it might not.

Despite the lack of evidence that regular consumption of probiotics provides specific health benefits, many people will tell you they think their children are healthier because of them. … Ideally we should be able to measure improvement in some specific aspect of health. But the benefits can also include things that are simply felt or perceived, without being measurable. We have much to learn.

Prebiotics might be more important to your child’s health.

Prebiotics are undigestible material in food and additives that stimulate the growth of one or several types of good bacteria in their colon. Some prebiotics can be consumed by probiotics and help stimulate their activity and colonize more thoroughly.

… this is essentially what your baby’s body does with breast milk; human milk oligosaccharides (HMOs) are produced exclusively to feed a growing microbiome. Your child’s microbes produce immunological, neurological, and hormonally active metabolites that play an important role in his health. Feeding microbes the nutrients they require to produce these metabolites can only be good for your child.

Oligosaccharides are compounds found in dietary fiber and are some of the most common prebiotics. But that doesn’t mean we should jump to giving kids fiber supplements; the authors point to a large body of research that shows inulin, a dietary fiber additive (and indeed food additives generally) loses something during processing and isn’t as effective as labels’ ‘fortified’ claims. Which means …

Prebiotics for kids boil down to eating a healthy diet.

For now, at least, it’s that simple; whole foods are the best source of getting all kinds of prebiotics, not just oligosaccharides.

… you are likely better off increasing the amounts of whole foods containing naturally occurring prebiotics, including whole grains, legumes, leafy vegetables, and fruits such as raspberries.

Getting kids to eat a wide range of healthy food — easier said than done? Probably. But we’ve got you covered: