The Pros and Cons of Continuous Fetal Monitoring During Labor 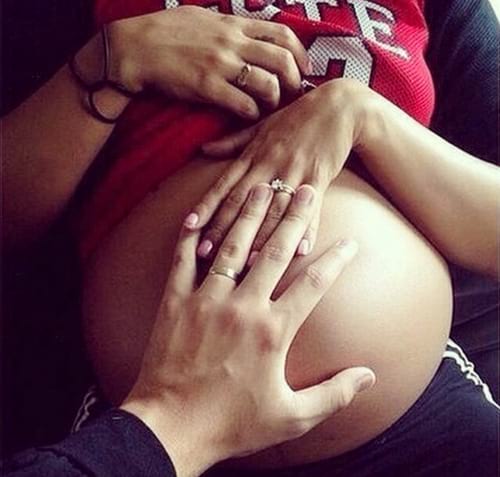 Electronic fetal monitoring — that is, constantly monitoring a baby’s heartbeat — is often used during labor to make sure babies don’t lack of oxygen during labor and suffer resulting brain damage. In some parts of the world, continuous fetal monitoring is used only for women with high-risk pregnancies, but increasingly, doctors are offering it and parents-to-be are requesting it. Yet, doctors are split as to whether it’s actually necessary or whether continuous fetal monitoring is, in most cases, a superfluous reassurance. In a recent paper for the journal The BMJ, specialists debate its use.

They acknowledge that electronic fetal monitoring increases the rate of instrumental delivery (such as use of forceps) and Caesarean section, but argue that increased intervention “may not be entirely undesirable, given that appropriately timed intervention is likely to avoid neonatal hypoxia (oxygen deprivation), seizures, and perinatal death.”

“We do not serve low risk unborn babies well and are possibly committing up to 800 every year in the UK to neonatal encephalopathy (a potential result of oxygen deprivation during birth) and its largely avoidable sequelae,” they write. “It requires a brave stance, however, to reverse the deliberate demedicalisation that clouds this debate.”

But Peter Brocklehurst, a professor of women’s health at Birmingham Clinical Trials Unit, says “the more we use electronic fetal monitoring, the more harm we do, with little evidence of benefit.”

He believes doctors should not extend the use of electronic fetal monitoring to women at low risk, nor should doctors offer it as a common practice. He argues that “most of the fetuses identified as being at risk of hypoxia (oxygen deprivation) are not,” and highlights a review of trial data for nearly 37,000 women that found no difference in perinatal mortality between labors with electronic fetal monitoring versus intermittent traditional monitoring.

He points out that babies still die or are damaged because of oxygen deprivation during labor, even with continuous fetal monitoring, and that focusing entirely on the fetal heart rate without taking account of other relevant risk factors for oxygen deprivation “may create a lack of situational awareness and lead to adverse outcomes.”

Instead, he calls for other ways of monitoring fetal well-being during labor, such as using new technologies to identify more reliable fetal biomarkers of oxygen deprivation.

What it means for you

At the end of the day, giving birth is a risky procedure, and everyone all wants reassurance that both both babies and moms will come through it OK. Continuous fetal monitoring for women with normal, low-risk pregnancies, gives us the illusion of reassurance, without actually guaranteeing that ideal outcome we want.

That’s not to be discounted — giving birth is a stressful experience, and anything that makes a woman in labor calmer and more assured might be worth it. But continuous fetal monitoring does come with trade-offs — additional financial costs, restricted movement for the mother, and an increased chance of birth interventions that may or may not be more risky than necessary. If your doctor suggests continuous fetal monitoring during labor, the best thing to do is simply ask why. With an explanation, you can make an informed decision.