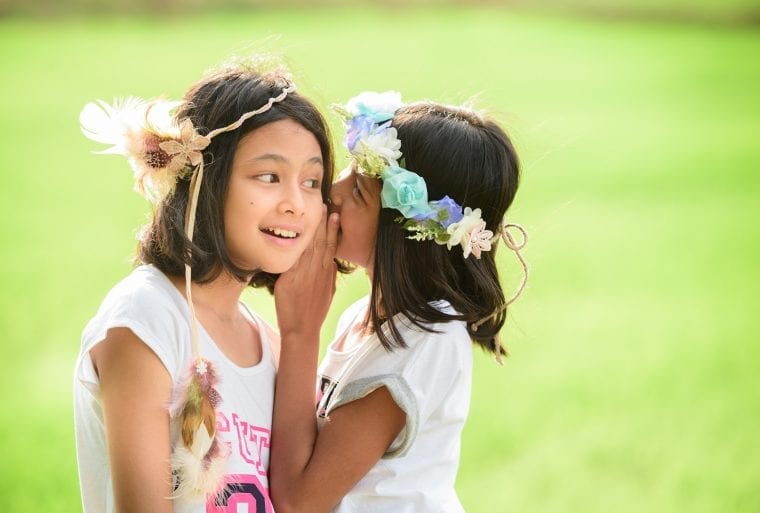 In my 10 years of practicing speech therapy, I have interacted with hundreds, if not thousands of parents. All of them are different: some are concerned; some are confused; some feel helpless; some feel frustrated. At the same time, they are similar in that they are well-intentioned. They want to help their children, who have speech disorders of some kind, learn to communicate effortlessly and confidently.

Yet, good intentions don’t always translate into doing what’s best for the child. Many parents tell me they have secluded their child from cousins and friends who have speech impairments. They come to me saying, “I kept my son away from that girl because I was worried he would start talking like her,” or “I feel like he started stammering after he became friends with a boy in class who stammers.”

In all of these cases, parents operate from a place of concern and protection. But because they are not aware of where speech disorders come from, they are likely making assumptions based on age-old beliefs that actually hinder children’s social development.

Isolating a child with a speech impairment from his or her peers serves no purpose other than to make the child feel lonely, different and infectious. It’s as harmful as the reverse is beneficial; studies have shown that mixing children with and without speech impairments have benefits for both. In my own practice, I have seen this play out a hundred times over in group therapy sessions, during which children with different speech and language abilities learn from each other.

How including kids with speech disorders benefits everyone

For peers with better language skills, interacting with children with speech impairment gives them an opportunity to develop empathy.

Through first-hand experience, they learn that everyone has their own strengths and weaknesses and that the world is made of all kinds of valuable people. Being different does not automatically mean being ‘bad’; struggling with one thing doesn’t mean struggling with everything. This is an important lesson applicable at all points in life – from making friends on the playground to managing a team as an adult.

And it does not come at the cost of other lessons. Research has shown that children with typical development do not see any decline in academic performance as a result of interacting with children with speech impairments. In fact, in a pre-school setting, typical children have shown above average scores in inclusive programs.

For children with speech impairments, being surrounded by typical peers allows them to experience acceptance and feel confident. (Self-esteem is often a significant casualty of speech disorders, yet a key factor in overcoming them.) While one-on-one therapy teaches many communication skills, interacting with peers gives children the opportunity to practice their skills in the real world. Also, typical peers serve as great language models and social skill models for kids who are having difficulties.

The benefits – both ways – are most apparent in siblings where one child has a speech impairment, and one doesn’t. In my practice, I have observed that the child who doesn’t have a speech disorder typically operates on substantially higher levels of empathy, acceptance, and tolerance than their peer group, while the child who does struggle with speech learns many social skills naturally, instead of through therapy.

Inherent in this is, of course, the chance that the child with a speech impairment is bullied or ridiculed by his or her peers. That fear is not unfounded, but it’s not best addressed by sequestering the child, but rather by educating his or her peers about diversity – of speech, ability, and appearance – and encouraging them to embrace differences. To do this, it may be necessary to influence schools in this way first. There is no reason a child with a speech disorder should be excluded from his or her classroom.

The good news is, ignorant and hurtful ideas about speech disorders are waning. Speech disorders are more widely acknowledged and diagnosed earlier. Early intervention is the key in preventing a disorder from turning into a lifelong disability.

In India, we are still far away from the kind of inclusion I have seen in other countries’ social circles and classrooms, but we are making progress. Allowing children to be children together, no matter what their differences, will only take us in the right direction and help our kids – with or without speech disorders – blossom into caring, kind and patient adults.