Struggling with Postpartum Depression in India 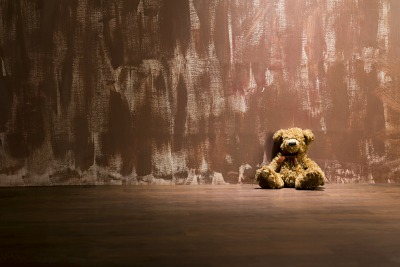 Part Two of a two-part series on postpartum depression. (Part One, “A Silent Sorrow,” explores causes, symptoms and prevalence.)

It’s a Wednesday afternoon, and Amrita Ashok* is dreaming about another life.

“I was a high-powered investment banker in another avatar,” says Amrita, 33, who had her first child two years ago. “I loved my job, but found that I could not return to work after the baby.”

Rather than get Amrita help for postpartum depression (also known as postnatal depression) her family pressured her to fulfill what they saw as her traditional duty. While she enjoyed being a mother, Amrita says, she became resentful of the image she was meant to live up to – that of a woman who didn’t work, didn’t go for movies, stay out late, or have any social life other than with her child and family.

“It felt like I had been reduced to a womb,” she says. “I wished I’d never had the baby that I loved most in the world.”

Though her isolation felt complete, Amrita is hardly alone. Postpartum depression in India is exacerbated by a medical system that exposes many women to the condition’s risk factors: According to the 2000 National Family Health Survey, 34% of pregnant women received no antenatal care and only 35% of deliveries occurred in medical facilities.

But culture influences postpartum depression in India, as well. Many families value male children more highly than female, and women who are blamed for not bearing boys are five times as likely to experience postnatal depression, according to a 2012 study of 200 Gujarati women published in India’s National Journal of Medical Research. Two different 2002 studies of new mothers in Goa and Tamil Nadu came to similar conclusions.

Addressing postpartum depression in India is a tricky task.  It means acknowledging a breakdown of an ancient and dear stereotype about motherhood: Women are expected to be nurturers who take primary, if not sole, responsibility for child care. For the modern Indian woman, this can well mean the death knell to a thriving career, aggravating the feeling of identity loss that can foster depression after giving birth.

Such was the case for Amrita. Confused and frightened by conflicting thoughts, she sank deeply into depression.

“It upset me to watch my husband, also a banker, go to work every day, to hear of my [former] colleagues’ bonuses, promotions, challenges, while I had to stay at home with mind-numbing boredom, terrible jealousy and the crushing guilt that I was the worst mother,” she says.

Amrita questioned whether her depression after giving birth was normal — a common reaction according to Dr. Hemant Mittal, psychiatrist, motivational speaker and counselor at Mind Mantra Wellness in Mumbai.

“The birth of a child is considered an auspicious or happy event, so people don’t think about the physical and mental fatigue that follows and its effects on the new mother,” he says. “A woman’s identity is suddenly linked to her child, and if she doesn’t accept or understand this, she’s labeled abnormal.”

Tips for dealing with postpartum depression

Just as one can take measures to prevent a physical illness, planning for postpartum depression can, at the very least, make it easier to handle. Mittal advises couples to make it a consideration from the very start.

“Before conceiving, prepare yourself for major changes in body, mind and lifestyle,” he says. “Understand that there is much that you will have to give up. As a new mother, get help and rest during the initial days.”

Once in the throes of postnatal depression, it is entirely possible to recover. Here are some first steps toward healing.

Get your partner involved

When partners help with childcare, it lessens feelings of isolation, lightens the overwhelming responsibility, and can make the experience of new motherhood doubly special.

Many new mothers prefer to remain indoors, to avoid exposing their baby to germs. But being cooped up can aggravate feelings of isolation. “I advise new mothers to at least take their babies for a stroll on their terrace,” says Magdalene Jeyarathnam, director of the East West Centre for Counselling and Indian Institute of Psychodrama. “The natural light and fresh air can do wonders to improve their mood.” As the baby grows and is inoculated, plan more fun, safe outings together.

For new moms with postpartum symptoms – especially fatigue – exercise may not top the list of favorite activities. But exercise is a great mood-lifter, releasing brain chemicals that contribute to happiness. Several studies have established how exercise makes postpartum depression easier to bear. Even a gentle fitness routines can be helpful.

Well-meaning relatives often ply a new mother with high-fat foods, believing such food will help aid recovery after childbirth. But high-fat foods tend to make one sluggish. Jeyarathnam recommends healthier options. “Fresh fruits (especially potassium-rich bananas and oranges), vegetables, nuts, dates are all packed with natural sugars that will not only strengthen and refresh you, but will certainly improve your mood as well.”

Having a baby provokes questions around identity for many women. For new mothers who have worked before giving birth, freelancing or work-from-home options may be possible. Or, the time may be ripe to pursue new interests that fit a post-pregnancy schedule.

Conversations with other adults can be in short supply when with a newborn around, but making time for interesting, grown-up talk is important. “Make conversation that doesn’t involve your baby or related issues,” says Jeyarathnam. “It can be hard for a new mother to exit that zone, but it’s important for her own growth.”

Reach out to friends

In the 2012 study mentioned above, the researchers found that 84% of depressed women had no person to confide in other than their mother or partner. Women who had nurtured deep, non-family friendships and who kept in touch with extended family experienced less depression.

Mittal recommends art as a safe and healthy way to express thoughts, fears, hopes and dreams – essential to the process of healing. Colour and creativity can be a powerful outlet for negative feelings, leaving space for more positive ones.

If negative thoughts persist, accompanied by severe mood swings and the inability to care for your child, meet a psychiatrist or counsellor without delay. You could be suffering from postpartum psychosis, and there are many options for treatment, including counselling and anti-depressants that don’t taint breast milk. Regardless of what treatment you pursue – be sure to get help.

*Names have been changed to protect the identities of the women sharing personal experiences with this sensitive (and often taboo) topic.