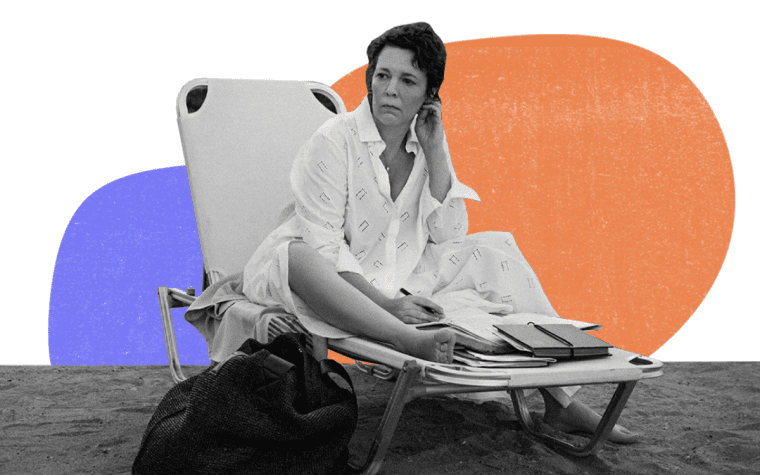 “Is this gonna pass?” asks Dakota Johnson’s Nina, to Olivia Coleman’s Leda, trying to hold her quivering face together before it breaks into pieces. “I don’t know what to call it.”

By this point in The Lost Daughter, it is clear what “it” is: motherhood. Although nobody wants to say it. Nina cannot bear the thought of it, and Leda has spent the better part of her life with a pangs punishing guilt for ever daring to think beyond it. “I’m an unnatural mother,” is what Leda can finally admit towards the end, but with devastating consequences.

In Maggie Gyllenhall’s directorial debut, there is a presence lurking throughout that haunts the women. An adaptation of Elena Ferrante’s novel of the same name, The Lost Daughter, is touted as a psychological thriller. But in reality, it is like a horror film, a possession story. Motherhood is what possesses these women, and suffocates them. It is inescapable. And what makes it frightening is not a lack of love or maternal instinct — it is that there is an abundance. There is too much — so much that it always threatens to consume Leda, Nina, and even Nina’s young daughter Elena, whole.

The plot follows Leda, a college professor trying to enjoy a much-earned mid-life retreat in Greece after her daughters, Martha and Bianca, have grown up and moved away. Resting in the idyllic shores, Leda soon finds her peace disrupted by Nina, a young mother from Queens, and her loud, boisterous family. Leda observes Nina’s relationship with her young daughter Elena with a keen ache of remembrance, of what it took to be a mother, and what being a mother took from her. She also observes that Elena mimics motherhood with cloying sweetness, with her little doll, Neni. All three are moored to their daughters, none can ever be exorcised.

At some point, Elena is lost on the beach. When she is found, her precious doll is missing, and she is distraught, inconsolable. Her anguish, even as a little girl, is overwhelming and puts the whole family on a knife’s edge. We see, through her, that we understand so little about what it means to take on the responsibilities of motherhood. Some, like Nina, are as naive as Elena is for all that they know about what is about to happen. But by the time they do understand, like Leda, they find that they can never be the same again.

“I realized long ago that I’ve held onto little of myself and everything of them,” Leda muses in the novella, and the film shows us this through flashbacks into Leda’s life as a young mother constantly undercutting her experience of vacationing alone. She can never let her children go, although she has tried, for her own sake. But with Leda, Nina, and Elena — where does the mother end and the daughter begin?

These are forbidden questions to ask, and yet they hang heavy in the air. The titular “lost daughter” is Elena’s doll Neni, but it is also Leda and it is Nina, both of whom have been completely subsumed by their roles as mothers that they are no longer anything or anyone else. We know nothing of their own mothers. We don’t know what they were like as daughters. But we do understand that Leda has spent her life trying to extricate herself from her mother whom we understand is uncultured and rough around the edges. But motherhood, and the imprint of it, has a way of staying. It is, quite literally, a thorn in Leda’s side. The film starts with her swaying unsteadily, making her way to the waves at night with a splotch of red by her hip. She is injured and collapses, and by the end of the film, we know that the mortal wound was motherhood itself.

There is also Callie, Nina’s sister-in-law, who is pregnant with her first child and wholly unaware of what awaits. “Children are a crushing responsibility,” Leda informs her, shortly before being hit by an overripe pinecone on her way back to her holiday flat. At the apartment, she turns over a fruit in the fruit-bowl to find a rot lying on the underside. The metaphor is stark and disquieting. In life, the newness doesn’t last for long before the decay sets in. As a mother, Leda never got to experience her life as herself during her best years, weighed down by her love for her girls; now, nearing 50, she cannot experience it even if she wants to. It may be too late, and the baggage of being a mother is too heavy.

She does, however, literally kick her bags away at the end, but only after suffering a painful injury that was long in the making. Even as she lays in pain, she gets on the phone with her daughters to hear them talk about their lives.

“How foolish to think you can tell your children about yourself before they’re at least fifty. To ask to be seen by them as a person and not as a function. To say: I am your history, you begin from me, listen to me, it could be useful to you,” Leda says — again, in the novel. We can’t hear much of this inner monologue in the film, but we can see it in Leda’s eyes, her nervous energy as she struggles to hold on to herself, or even remember who she used to be.

The problem isn’t that she doesn’t love her daughters, or that they don’t love her. The problem is that she loves them so much, it keeps her from loving herself, her ideas, her ambition, and any part of her history pre-mother. She no longer has access to that person; from the moment she had her children, there was nothing to do but to dive headfirst into the abyss of motherhood. “I loved them too much and it seemed to me that love for them would keep me from becoming myself,” she muses.

The Lost Daughter asks: who is a good mother? Is it someone who loves her children? On the contrary, this love is precisely what makes Leda a bad mother by some accounts; an “unnatural one” in her words. Her children came from her body, but they seemingly never left; in her desperation to hold on to herself, Leda needed to escape the love that threatened to consume her. But in the end, she never could escape. What makes The Lost Daughter haunting is how it manages to get under the skin, into the nerve center of tenderness between mother and daughter so much that it hurts. So much, that slowly, it can even kill.

Like touching a raw wound, every cry, laugh, gesture, and sweetness of young daughters can be painful for how much Leda and Nina find themselves unable to live both with or without them. And no man — whether father, brother, husband, or lover — can alleviate this. Because mothers and daughters are complicated; they share histories, they are connected like a long, unbroken chain of papermen through the generations. As daughters try to free themselves from their mothers, so too are mothers trying to free themselves from their daughters. But neither can escape the crushing weight of their shared fates, their inexorable hurtle towards the same epicenter of time, and what it means to be a woman but also, a person, in this world.

In the end, we are left with uncomfortable, unsettling questions.Can women survive motherhood with their personhood intact? What is the cost of finding out? Is it worth it?

“Oh Nina… You’re so young and it doesn’t pass. None of this passes.”