How To Avoid An ‘Unneccesarean’ Delivery 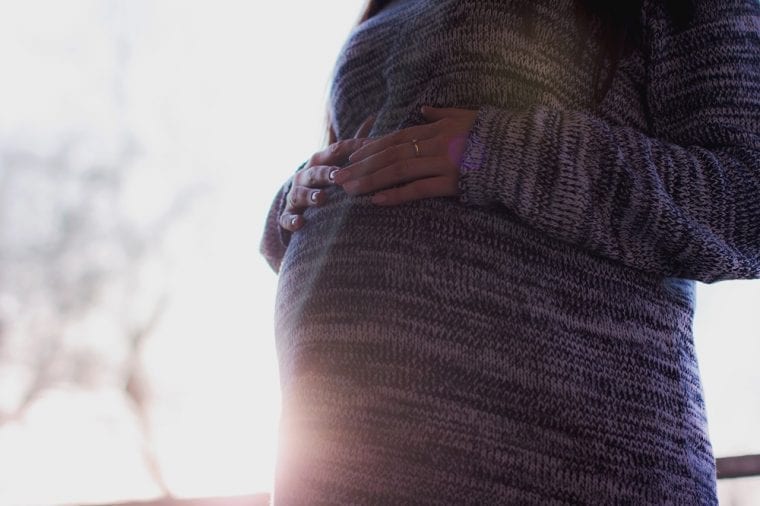 Cesarean deliveries, or C-sections, can be lifesaving procedures. But they should be just that – used in rare circumstances in order to save lives. The World Health Organisation estimates a Cesarean delivery is necessary in roughly 5 to 12% of births.

Yet in India, studies put the figure somewhere between 50 and 75% of all births.

The reasons for India’s unusually high rate of Cesarean deliveries vary. Sometimes, it is the mother’s preference. But all too often, C-sections are advised for the sake of the hospital or doctor’s convenience or bottom line. Sometimes, they are advised because doctors lack the training or experience to navigate even slight complications to a vaginal delivery.

In these latter scenarios, the need for a Cesarean delivery is often misrepresented to women as an unquestionably mandatory procedure. And in the fear of the moment, it can be difficult for parents-to-be to sift through what is true and what is misleading.

Below are some of the most common – but not necessarily true – reasons women may be advised to have a C-section delivery, as well as some tips on how to avoid having an unnecessary surgical procedure.

Misleading reasons for a Cesarean delivery

The pregnancy is post-dated (i.e. overlong).

The duration of most pregnancies is 38 to 42 weeks; at 42 weeks it could become necessary to induce labour, not necessarily to have a C-section.

This is one of the most common unnecessary C-sections in India, as most doctors and hospitals do not follow the standard of 40 to 42 weeks, but rather advise a Cesarean delivery or induce labour as early as 37 weeks.

The umbilical cord is wrapped around the baby’s neck.

The mother is too old/big/small.

No matter how old, petite or obese a woman is, or how narrow her vaginal passage, a vaginal birth is possible. Also, even if a woman’s pelvis appears small, it may still open enough to allow the baby to pass through, particularly when she’s squatting or in a position other than laying on her back. No one knows how much a pelvis will open until labour.

The mother has diabetes / gestational diabetes.

Diabetes or gestational diabetes can have implications for the baby’s health growth in utero, but these conditions have no effect on the delivery.

The mother has fibroids.

Many women get uterine fibroids, i.e. non-cancerous tissue growths, during pregnancy, and they are typically a non-issue. Unless it is a rare, large mass near the cervix, fibroids have no effect on delivery.

The mother’s heart rate or blood pressure is high.

The mother has been pushing for a long time.

Some doctors and hospitals impose 12-hour time limits on labour, which is unnecessary; as long as the mother is coping and there is no sign of distress, she can continue to push.

The mother is delivering multiple babies.

Giving birth to twins or multiples is not inherently a reason for a Cesarean delivery. However, it does require an experienced and confident health care professional to deliver multiples vaginally.

The amniotic fluid is low/high.

More technically known as oligohydramnios and polyhydramnios, these two conditions may be an indication to induce labour, if attempts to normalise fluid levels fail, but not necessarily to have a C-section delivery.

This is a normal part of birth that signifies the onset of labour typically within the next 72 hours. If there is no fever or blood, there is no need for a Cesarean delivery. And if, at 72 hours, labour has not yet begun, it would be time to discuss inducing labour.

The baby was conceived via IVF.

The means of conception have nothing to do with the method of delivery. They are completely different biological processes with nine months in between.

The baby is in OP (posterior) position.

OP or posterior position means the baby is in a head-down position, but is facing the mother’s front or stomach. Face back is the ideal birthing position for a baby, but delivering a baby face-up is imminently possible if a doctor is experienced. Many, however, are not.

The baby is in breech position.

Similarly, a baby in a breach position – that is, a feet-down position – is not inherently cause for a C-section. However, it does require an experienced and confident doctor to vaginally deliver babies in a breech position.

There are also many techniques to turn a breech position baby to a head-down position prior to delivery, though they require experience to attempt. Very few doctors have the experience and training to deliver or turn breech babies, which is why they may recommend a Cesarean delivery; certified professional midwives do have such training.

The baby’s head is not engaged.

Also called a high, floating head, this means the baby’s head has not ‘dipped’ or entered the area within the mother’s pelvis.

This is common, particularly for second pregnancies and beyond, when babies’ heads typically engage sometime during labour, rather than before (as is typical for first pregnancies). Time and patience is all that is needed for the head to engage.

The baby’s shoulder is stuck.

Shoulder dystocia is when a part of the baby – usually the shoulder – gets stuck in the birth canal or pelvis during delivery.

There are many techniques to correct this, however many doctors are not trained in them, which is why they may recommend a C-section.

The baby is too large.

A large baby, or, macrosomia, is a very rare condition associated with gestational diabetes. There is no medical reason that necessitates a C-section delivery.

How to avoid an unnecessary Cesarean delivery

If you would prefer to have a vaginal birth, it’s important to discuss with your doctor and hospital your delivery preferences early and often. Ask specifically about their C-section statistics and the above scenarios in order to learn about their birthing practices and protocols. Also, consider speaking with multiple women who have given birth in the way you want with the help of your health care professional in order to mitigate surprises later on.

While emergencies – often unpreventable emergencies – that unquestionably require a Cesarean delivery do occur, they are rare. With planning, communication, and a health care professional who is on the same page, a vaginal delivery should be possible. Ruth Malik is a postgraduate in International Health, as well as a trained doula and hypnobirthing practitioner, with 14 years of experience supporting women to make informed choices in pregnancy and childbirth. Mum to 14-year-old Jai and 10-year-old Sophia, after two traumatic and unnecessary Caesarean deliveries, Ruth was motivated to found Birth India, an organisation dedicated to supporting women through informed conception, pregnancy, birth, and postpartum.

See all articles by Ruth