With A Pinch of Salt 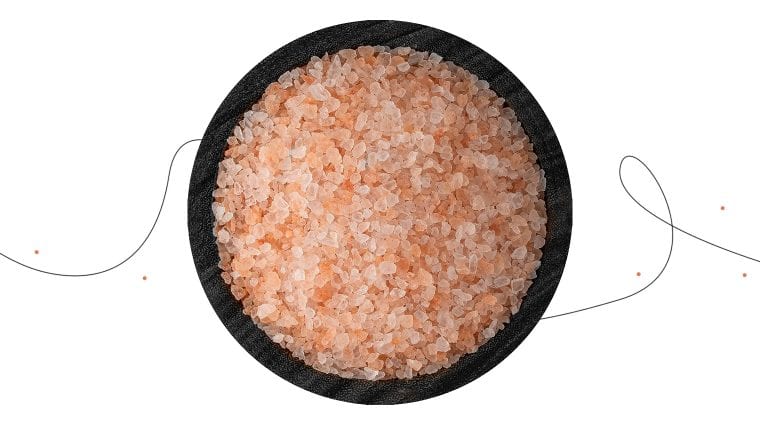 Regular salt? Plain, white, alright. Pink Himalayan salt? A delightfully rosy color, stuffed with up to 84 minerals and elements, not to mention the ions that detoxify both skin and the air around you, according to celebrities and wellness gurus. Oprah, Kourtney Kardashian, and Gwyneth Paltrow swear by the pink salt for its health and beauty benefits.

But — there’s no convincing evidence that proves pink Himalayan salt’s health or beauty benefits beyond that of any edible salt.

In fact, raw pink Himalayan salt contains far less iodine than iodized salt you’d buy at the store. As for the 84 different minerals and elements, they include potassium, calcium, molybdenum, magnesium, iron, and of course, sodium — but they exist in trace amounts only that are too tiny to aid the body’s nutrition requirements in any notable way. For example: there’s about 3 mg of potassium in 1 gram of pink Himalayan salt. A human would need to consume an unrealistic amount of this salt to obtain their daily potassium intake (around 3000mg). A balanced diet can accomplish the same with far more ease and health benefits.

Plus, some of the trace elements present in pink Himalayan salt are harmful, like arsenic and uranium. While, like the above useful elements, the harmful ones exist in such small amounts that they can’t do any real damage like poisoning or kidney damage, respectively.

Consuming pink Himalayan salt is supposed to remedy sleep troubles and regulate the body’s pH, blood sugar, and even libido. With respect to sleep, some research suggests that consuming less sodium leads to trouble sleeping, but adding any salt, not just pink Himalayan salt, to your diet can fix this. In fact, there’s less sodium in pink Himalayan salts than regular salts, so pink salt might be less effective than other salts in helping one sleep better.

Blood sugar regulation is primarily controlled by carbohydrate levels and insulin levels and activity, while libido is controlled by hormones and mental health factors. Salts of any color do not have any radical effect on either. As for body pH, the lungs and the kidneys maintain the body’s acid-base homeostasis, which doesn’t vary unless the body is dealing with a critical illness, in which case a doctor can recommend the best course of action. Again — salt of any kind has no role in this.

Apart from health claims, Himalayan salts are also touted as quality beauty and wellness products — primarily as soothing bath salts and exfoliants. Mineral bath salts in general can help provide a soothing effect while bathing for individuals experiencing eczema flares. Apart from medicinal relief, baths can also deploy a placebo effect that helps relax people, both with and without bath salts. As for exfoliation — salt, in general, is a physical exfoliant, but is best used on the body, as physical exfoliants cause micro-tears on the face’s sensitive skin. Both the soothing effect and exfoliation can be accomplished with regular salt, too, which makes pink Himalayan salt a novelty more than a substance with unique benefits.

The final word? Pink Himalayan salt doesn’t come from the Himalayas, but from salt mines located south of the mountains, between Islamabad and Lahore in Pakistan. The only unique thing about pink Himalayan salt is that it’s pink — a color it derives from the iron oxides present in it. And in the end, that lovely hue is the only benefit we’re paying extra for.

himalayan salt | nutrition | Untrending | With A Pinch of Salt