The Value of a Stay At Home Mom (or Dad) 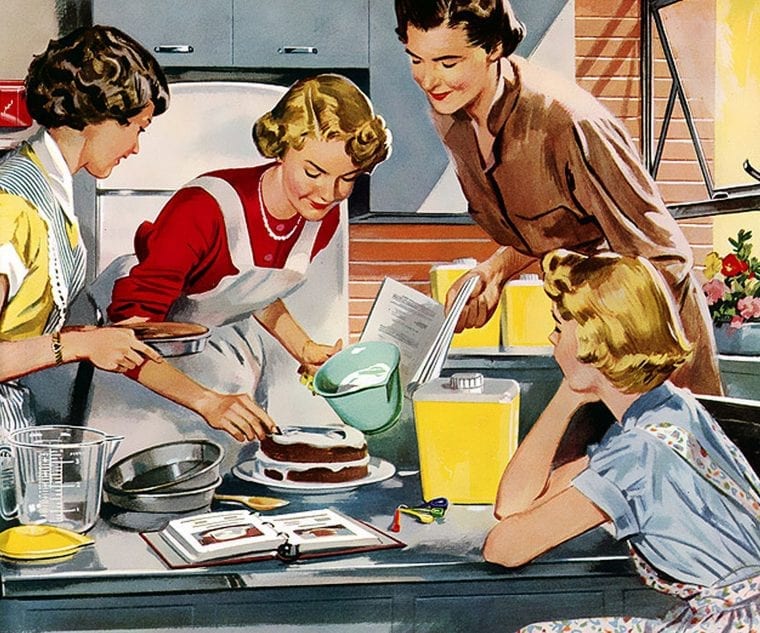 One of the problems with most discussions around women and work is that they start by leaving out a huge segment of the female labour force: stay at home parents. Make no mistake, working as a stay at home parent is labour – skilled labour. Possibly the only skilled role in the world that is also unpaid. And not recognizing it as such is problematic for many reasons.

(While the role of a stay at home parent isn’t, of course, limited to women, it is nearly always filled and expected to be filled by women, so that’s how we are addressing it here.)

First, let’s talk about what makes it skilled. All our examinations in this Women & Work series focus on urban women with at least an undergraduate degree, many of whom also hold an advanced degree. On top of these qualifications, most stay-at-home parents become masters in logistics, man-management, budgeting and putting out fires (sometimes literally) and work 24/7 the entire year. There is literally no affordable replacement for this. We say this with deep appreciation for household help, but – a nanny may be able to bathe, feed and clothe kids, but she is unlikely to be able to successfully track developmental milestones, or monitor health conditions and treatments, at the same level that a parent would. And even if she does, someone still has to manage her efforts.

This is skill, and skill has value — the highest value, in fact. And the case for recognizing stay-at-home parents’ contribution can be made clear in purely economic terms: If this unpaid care work was considered an economic activity in labor-force surveys or in calculations of GDP, the value of it would be about $10 trillion — around the size of China’s GDP. That’s a huge portion of our economy going not just under-valued, but unvalued altogether.

But perhaps this is too big-picture. So think of it this way, instead: Stay-at-home parents “create income, not only by performing tasks that you’d have to pay for otherwise, but by freeing up money to pay for other expenses or to put into savings,” explained Hollis Colquhoun, an accredited financial counsellor and financial survival expert for women, in a recent Forbes report.

Salary.com, a compensation data website, has been conducting an annual “mom salary” survey for fifteen years to put a monetary value on stay at home parents. For 2016, a stay at home mom’s base salary was roughly US$ 48,500, plus 52 hours of overtime at US$ 94,600, for a total of US$ 143,100 per year. In terms of cost-of-living (assuming this stay-at-home mother is in New York City, and her Indian counterpart is in Mumbai), that’s a job with a roughly Rs. 1.6 crore yearly salary being done for free.

The problem with this, however, is that we actively avoid viewing stay-at-home parenting in economic terms at all. We like to believe parents are selflessly above ascribing a monetary value to their efforts, and the daily chaos of children can’t reconcile with number-crunching.

But these beliefs have ripples, and as long as stay-at-home parenting isn’t recognized as legitimate labour, society is free to keep ascribing household duties as extracurriculars innate to women (whether they work in a professional setting or not). This perpetuates the gender disparity in time and effort spent caring for family members or doing domestic chores (India has one of the largest gaps; while globally, women spend an average of 4.5 hours a day on unpaid work, and men spend less than half that much time, here, women spend about 6 hours, and men spend less than 1).

It also perpetuates a devaluing of the logistical, management, budgeting and many other capabilities that all parents must build, stay-at-home or not. In the workplace, it allows employers to view parenting as a distraction, rather than an asset, and contributes to issues like ‘mommy-tracking.’ At home, it makes it easier to write off any freelance or consulting gigs or home-based businesses a stay-at-home parent may start as ‘side projects’ rather than legitimate, professional engagements.

Yet, viewing stay-at-home parenting in economic terms also has an unexpected backlash: It makes it easier to justify women staying out of the workforce, even if they want to return. Often the choice of who stays home is a financial one; women earn less than men to begin with, and after several years out of the professional workforce, their earning potential drops even more. Studies have found that employed mothers in the United States suffer a per-child wage penalty of approximately 5%, on average, after controlling for the usual human capital and occupational factors that affect wages. Fathers, on the other hand, benefit in terms of perception, salary and likelihood of promotion.

The solution to this is unclear. Some countries, like Germany, provide monetary incentives to parents staying home with young children. Others, like Norway, provide a Universal Basic Income, that many see as a “way to reimburse mothers and other caregivers for the heavy lifting they now do free of charge.” And then, of course, at the individual family-level, there is the debate about controversial stay-at-home mom salaries and “wife bonuses.”

The truth is, there may not be a one-size-fits-all solution. After all, the number of families who benefit from a stay-at-home parent are vast and unique, as are the people who do the work. But a good place to start is to recognize the work as valuable – worth compensating with, at the very least, respect.

This editorial is part of a series based on our Women & Work discussion. Catch an audio recap of the panel and weigh in with your own experience by taking our 20-question survey.