What You Should Know About TB 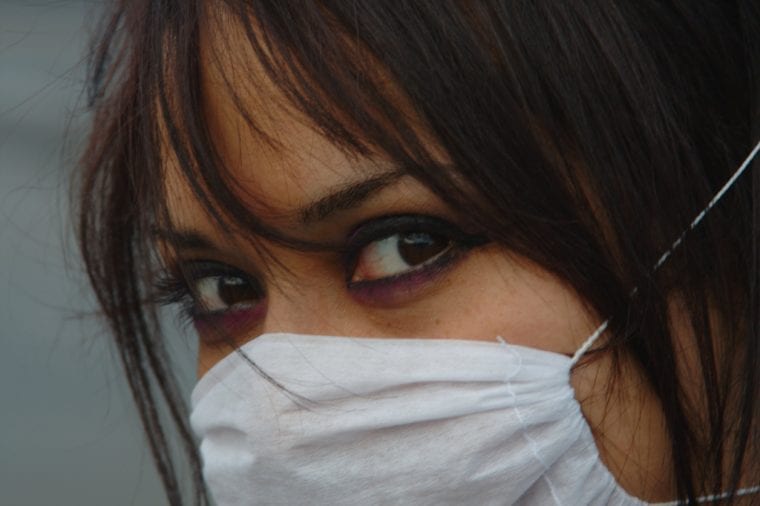 Last year, the World Health Organization reported that 9 million people worldwide contracted active tuberculosis. Of these, 1.5 million lost their lives. In India, 2 million active cases are being diagnosed annually, accounting for a shocking and disproportionate one-fifth of the global incidence of tuberculosis, or TB.

However, experts estimate that a whopping 40% of the Indian population is actually infected, though most of the cases are of latent TB, when the disease lies dormant, doesn’t show active symptoms, and isn’t infectious.

India has its fair share of public health problems, but most are related to poverty and vulnerability. While TB does affect poor people more often, it is still a disease that touches young and old, rich or poor, villager or urbanite. And while according to World Bank figures, India’s rates of TB have fallen slightly since 2000, it’s still a disease to beware of.

Tuberculosis is an airborne disease caused by the Mycobacterium tuberculosis bacterium. It usually affects the lungs, mimicking an ordinary respiratory infection, says Dr R. Prabhakaran, head of the tuberculosis and chest disease department at the Government Rajaji Hospital in Madurai. Less commonly, however, it can attack any part of the body, including other organs, glands, bones and brain.

The disease manifests in two ways—active and latent. In an active infection, the infected person’s immune system is battling TB, and he or she shows these typical symptoms:

If the infection is a latent, however, then none of these symptoms appear; the immune system has succeeded in walling off the bacteria for the time being. While germs still lurk in the body, the person is not ill or contagious. If your immune system is strong, a TB infection may never harm you. The infection becomes active, symptomatic and contagious only when your immunity is weakened. Conditions such as pregnancy, malnourishment, diabetes and a host of diseases like HIV/AIDS can compromise immunity, leaving you vulnerable to developing active TB. Young children and people who abuse alcohol and tobacco are also at greater risk.

HOW IS TB SPREAD?

Active TB is contagious, and people ill with active lung TB are especially infectious, spreading the airborne disease through their coughs, sneezes or breath. However, TB is not easily spread in passing; prolonged exposure in a confined space is required for contagion, generally in the home or workplace. You cannot contract TB by skin-skin contact, by sharing a bathroom, by sharing food or drinks, or by kissing or shaking hands.

Did you know? While paper or cloth face masks help prevent the spread of TB when worn by an infected person, masks offer little protection when worn by healthy people around the patient.

According to the Revised National Tuberculosis Programme, an estimated 1 million cases of active TB go undetected every year in India. Many patients mistake their symptoms for less serious conditions, like a chest cold. Only a test of their sputum or an X-ray reveals active tuberculosis.

However, though no symptoms manifest, latent TB infections can still be diagnosed. In India, where so much of the population has latent infections, doctors typically do not suggest testing for or treating latent TB. But sometimes a test is required, particularly for acceptance at an overseas university. Latent TB is typically diagnosed through a Tuberculin Skin Test (TST), wherein a small quantity of dead TB bacteria is injected into the skin of your forearm; if you’ve been exposed to TB previously, the smeared area will develop a red bump, the size of which is indicative of infection. However, this test, experts say, isn’t conclusive. False-positive tests are possible for people (typically children) recently vaccinated with the tuberculosis vaccine, known as BCG. And false-negative results sometimes occur among children, elderly people, and people with AIDS.

An IGRA blood test can also be performed to help diagnose TB, though it cannot distinguish between active and latent infections and is not considered a reliable diagnosis on its own.

Once diagnosed, TB is an entirely curable disease. A course of antibiotics taken for a period of 6-8 months rids the body of the infection – whether active or latent – completely.

“In order for the treatment to be effective, one should take the entire course of the drugs,” says Dr Prabhakaran. “If you miss doses or discontinue, then the TB can become virulent and drug resistant, making it so much more difficult to treat.”

Drug-resistant TB is a dangerous disease, treatable only with a cocktail of less potent, more toxic and more expensive antibiotics taken daily for as long as 2 years. While typical TB is curable – if the course of medicine is followed properly – in some cases, where extensively drug-resistant TB emerges, no medication helps, and the disease becomes a potent killer.

Drug-resistant strains of TB are appearing more often in India, due to a lack of awareness about the disease and poor medical infrastructure. Combined, these factors mean TB is often treated with incorrect medications recommended by untrained health care providers from the start, says Dr Madhukar Pai, professor of epidemiology and associate director of the McGill International TB Centre in Canada.

Since 1985, the BCG vaccine, which offers roughly 80% immunity against TB over 15 years, has been part of the Universal Immunization Programme; chances are, your children received this vaccine upon birth. You may have even received this vaccine, too, as it has been available in India to some degree since 1948. But because the vaccine does not offer full or life-long protection, being vigilant against infection is still necessary.

If anyone in your family or extended circle of relatives, friends, colleagues or employees has a persistent cough that lasts more than two weeks, encourage them to take a sputum test to rule out TB. Additionally, ensure your household help or new hires are clear of active TB by asking them to undergo a sputum test or chest X-ray. One of the few good aspects to TB is that government hospitals across India offer diagnosis and care completely free of cost, meaning everyone, in theory, can survive this disease.

Finally, fresh air and sunlight make it difficult for TB bacteria to survive. So make sure your home is well ventilated and well lit.