Why I Let My Son Cry 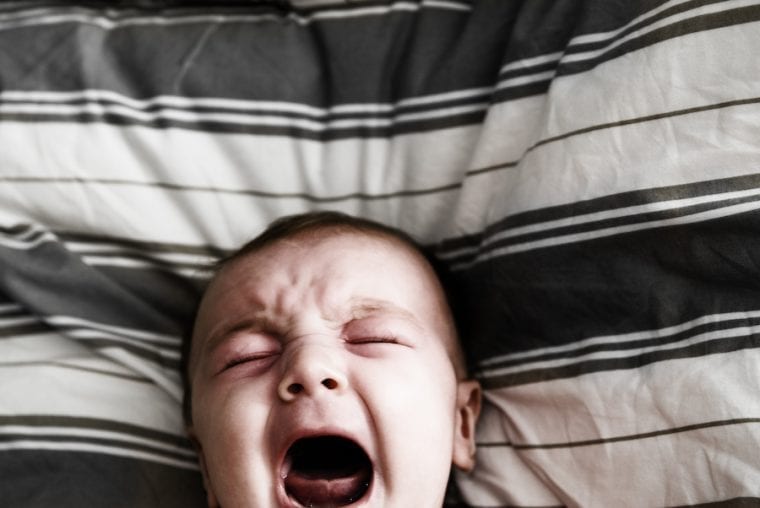 my little baby with big lungs

My son’s day is a rainbow of emotions I struggle to understand. He has the biggest smiles, the loudest peals of laughter; the sound of a bell can prompt hysterical giggles. I can’t even remember the last time I giggled as hard as he does.

Of course, the opposite is true, too. Distant fireworks can trigger a look of fear or a mammoth session of bawling. The past few months have been full of mystifying tantrums, clinging, and protest-crying. Once, my son pointed skywards, growled and said, “Want.” Want what? I asked if there was something on the wall he wanted — no. Perhaps a bug? No, this time punctuated by a 10 minutes of screaming.

If anything, I thought these were behaviours he would simply grow out of. Phrases like ‘the terrible twos’ and other colloquial wisdom teach us to expect and simply accept a toddler’s erratic emotional behaviour as he figures out how to master his emotions. So I ignored it. I tried asking him to explain his reactions and I tried making his decisions for him. But mostly, I wondered when the crying and tantrums would end.

All he could do was yell ‘blue’ and hope I listened.

It hit me on one particularly busy morning, when my son was insisting on wearing blue shoes, which were wet. I asked why he wanted the blue shoes, and a meltdown ensued. My son sobbed and sobbed; he yelled for his papa and his fictitious friends; he stomped his feet and threw himself on the bed, arms flailing and pillows flying. I kept waiting for a ‘because …’ but every time my son opened his mouth, the only word that came out was ‘blue.’ That’s when I realized: This wasn’t some random reaction; my son understood his preference. He just couldn’t communicate it in a way I understood, with reasons, with explanations. All he could do was yell ‘blue’ and hope I listened.

In hindsight, I had been pretty cavalier. As an adult, I’ve had 30 years to develop my ability to clearly express thoughts and emotions through a variety of nuanced looks, words and actions recognizable to other adults. To expect my son to magically pick up those skills within the first years of his life was simply too much of an expectation. He was deploying every skill he had – and I was simply missing it.

So we made a few changes, my son and I. We started playing a game to help him learn to verbalize his feelings. Our finger puppets start with one emotion (‘happy dad,’ ‘funny mom,’ ‘nervous bob,’ and so on) then suddenly change to a new and unexpected emotion. The finger puppet then expresses how he or she feels — and why. I’ve also started putting words to my son’s emotions as he experiences them: When he laughs I say, “Baby is happy, isn’t he?” or when he fusses, “Baby, I know you are cranky.” Over time, my son has started to correct me, “No mummy – baby is sad.”

Perhaps the biggest change I made was to pay more attention to all of the little ways in which my son was already communicating with me. I noticed he points to a thing when he wants it. Sometimes, he sings with only sounds or invented words; I use the tune to figure out the words he seeks but can’t form yet. Sometimes, he uses the same word for many things – a plane is a plane, but so is a train and a bird, so ‘plane-plane,’ ‘train-plane,’ and ‘bird-plane’ have become part of my vocabulary, for now. It is an interesting exercise, listening to my son speak in what the Reggio Emilia approach to early education calls ‘the 100 languages of children.’ And the more I listen, the more he communicates, and the better friends we are.

Most heartbreakingly, I’ve started letting my son cry. There are days when all the words in the world can’t match a meltdown for conveying his feelings. So I sometimes just let him cry — big, hiccupping sobs and fat tears at the thought of watching Mickey Mouse not today, but tomorrow. Or upon being asked to quit playing and brush his teeth so we can leave on time. Sometimes, it’s the only thing he can do, and the best thing I can do.  As parents, we are conditioned immediately to try to stop our children from crying. Think about it — how many nursery rhymes start with ‘hushing’ a baby? How many times have you heard or said “boys don’t cry” or “only small babies cry” or “buck up, you’ll be OK”? But sentences like these are called empathy-blockers; they prioritise an action or outcome — stopping crying — over expressing a feeling. A more empathetic response could be, “Are you crying because you are sad?” or “I understand you are yelling because you are angry that I have to leave.” When we use empathy blockers instead of showing empathy, we teach our kids not to express their feelings; we teach them that to do so is futile and unimportant.

Crying is an expression of emotion, which is not the same thing as bad behavior. Crying is my son’s way of expressing he is feeling overwhelmed. Over time, when he has that feeling, he will learn to describe it, rather than sob, and to find a solution. He will learn that the despair he feels when things do not go his way is only temporary.  Until then, I will listen while he rages and cries, listen as my son communicates with me in the ways he is able. And after, I will sit and listen to him as he practices putting words and reasons to his tears. There are and will be millions of times I can’t meet my son’s every whim and fancy, but the one thing I can do is listen to how he feels about it. And who knows – maybe that means he’ll listen more to me, too. Varna wants to live in a world where kindness and intelligence reign. A researcher by trade, she’s fascinated by human beings, wombats, velociraptors and other queer creatures, in that order. When she’s not working on her day-job, PhD, son, photography-firm, part-time projects or any of her other gazillion pursuits — you can find her curled up by the window, watching leaves fall or howling at the moon.

See all articles by Varna