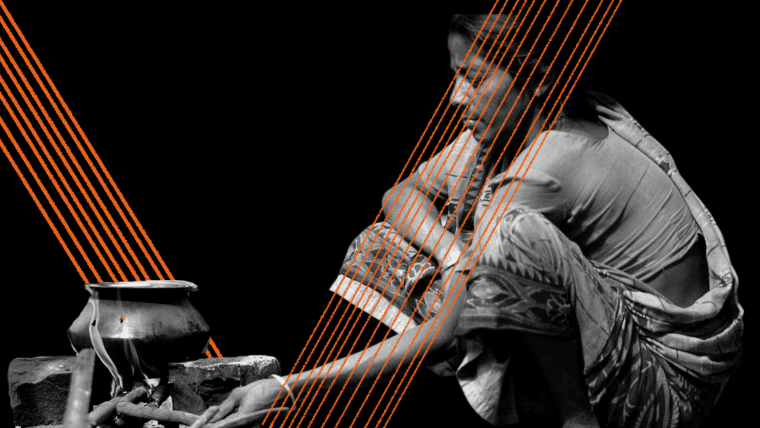 Almost half of the urban poor households located in slums still use traditional fuel sources — such as wood and charcoal — for cooking, according to a new study released by the Council on Energy, Environment, and Water (CEEW).

This makes them vulnerable to bearing a double burden of air pollution, as they’re exposed to both high levels of ambient particulate matter, due to urban air pollution as well as to household pollution from traditional cooking fuels. Research is increasingly showing that air pollution is responsible for several health issues ranging from lung-related diseases to reproductive complications.

“A significant share of the urban slum population is struggling to afford using [liquid petroleum gas cylinders] for all their cooking, especially due to the rising fuel prices and the economic impact of the pandemic,” Shaily Jha, a research analyst at CEEW and lead author of the study, said in a statement.

The study’s findings come from a 2020 survey covering 83 urban slums in 58 districts within the states of Bihar, Chhattisgarh, Jharkhand, Madhya Pradesh, Rajasthan, and Uttar Pradesh. The study determines that the utilization of LPG is heavily dependant on a household’s economic status and their access to doorstep delivery of the LPG cylinder. More than 37% of households surveyed did not receive LPG at their doorsteps. This meant a (male) member of the household would have to lose a day’s wages to pick up the cylinder in person.

Jha highlighted that a majority of individuals living in urban slums remain ineligible for government subsidies and free cylinders from the Pradhan Mantri Ujjwala Yojana (to reduce dependency on polluting fuels) and the PM-Garib Kalyan Yojana (poverty welfare scheme).

Researchers also discovered that about 12% of households surveyed relied on polluting fuels entirely. Even though there has been a rising trend of adopting LPG cylinders since 2011, more than a third of the households reported their LPG fuel usage in tandem with other polluting fuels like firewood, dung cake, agriculture residue, charcoal, and kerosene. The use of traditional, cheaper fuels evidently increased in winters because more fuel was required for non-cooking tasks like space heating and water-heating for baths. Air pollution is also known to increase in winter, with one of the reasons being the higher consumption of energy and gas indoors.

“As part of the next phase of the Pradhan Mantri Ujjwala Yojana, the government must target poor households without an LPG connection in urban slums,” Arunabha Ghosh, CEO, CEEW, said, adding that, “Policymakers must also nudge oil marketing companies and distributors to improve home delivery of LPG refills in slum areas to increase exclusive use of LPG. Also, as the LPG refill prices rise, the government must target vulnerable households – beyond PMUY beneficiaries – with differential subsidy support for using LPG in a sustained manner.”