Measly Portion of the Pie 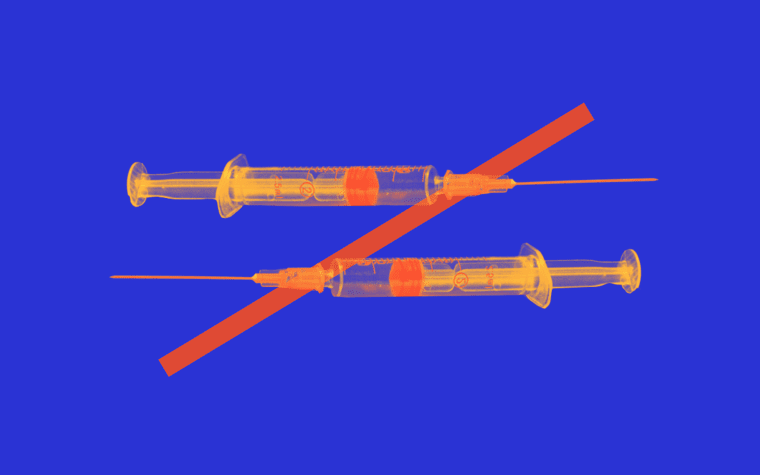 Mumbai is currently reeling under a measles outbreak. The Hindu reported that by 24th November, there were already 233 cases of measles in Mumbai, and one death too. The states of Bihar, Gujarat, Haryana, Jharkhand, and Kerala are also currently dealing with an uptick in measles cases. These numbers are projected to increase further. The outbreak points to existing vaccine inequalities in the world, and in India.

This isn’t the first time measles has gripped an Indian city. Measles outbreaks have been common in the country — including in Mumbai — in the last few years. In 2018-19, India contributed to the fourth-highest number of cases globally. This is despite the existence of safe and effective vaccines for the rash-causing, fever-inducing disease. The mere availability of vaccines, however, hasn’t been able to contain the spread of the disease, especially among economically disadvantaged children.

One factor is the ongoing coronavirus pandemic, which worsened vaccine inequity. “In 2021, a record high of nearly 40 million children missed a measles vaccine dose,” a joint statement by the World Health Organization (WHO) and the United States of America’s Centres for Disease Control and Prevention (CDC) noted. During the same time, “there were an estimated 9 million cases and 1,28,000 deaths from measles worldwide…. Twenty-two countries experienced large and disruptive outbreaks.”

This included India too. The Hindu, citing official health records, notes, “even in 2021 when the Covid19 pandemic was at the peak in India, measles vaccination coverage in Mumbai was 78%, while in 2022 (till October) when the pandemic has largely been on low burn after the third wave, measles vaccination coverage in the city has been just 41.9%.”

The other factor was the role that Covid19 played in increasing malnutrition around the globe. Globally, and especially in India, measles continues to disproportionately affect children living in poorer communities, which exposes them to an increased risk of malnutrition.

But, the current situation cannot be blamed only on the pandemic; it only aggravated an already existing gap in India’s vaccine strategy. In 1978, when the Indian government first devised plans for a national immunization program, it did not initially include measles vaccination in its plan, until practitioners built pressure on the government.

Then, in the 1990s, the government’s measles immunization program began to falter as the disease began to grow widely prevalent even in children who had received the vaccine dose. After a series of studies of these children, the government introduced a dual-dose vaccine program for measles starting in 2010. In 2018, the government rolled out a new Measles-Rubella (MR) vaccination campaign, which is also delivered in dual dosages.

Herein lies another problem: vaccine hesitancy. As The Swaddle noted in 2019, “…schools and parents… worried a repeat of the MR vaccine would be an unnecessary and risky double dose.” “A lot of rumor-mongering happens here — that the vaccine has side effects, that it kills people,” Abdul Rahman Zeeyai, a maulana in Goovandi roped in by the BMC to counter vaccine disinformation, told The Indian Express in an interview. Unfortunately, the situation has not significantly improved — and the lack of public health initiatives to address hesitancy disproportionately impacts the poor.

2021 Measles Outbreak Is Likely Due to Vaccine Delays: Experts

As a result, almost half of India’s poorest children remain out of reach of immunization programs, notes Pankti Antani for HealthCheck. This is a critical gap in India’s public health policies that remains to be adequately addressed.

Dr. Robin Nandy, former chief of immunization at the UNICEF, emphasized in a press release how inequality also affects public health. “Overcrowding, poverty, poor hygiene and sanitation, as well as inadequate nutrition and health care increase the risk of diseases such as pneumonia, diarrhoea and measles in these communities; diseases that are easily preventable with vaccines.”

Social marginalization further adds to the problem. Susmita Chatterjee, a health economist, highlights that socio-economic factors other than poverty also determine the chances of someone in an already poor community being excluded from immunization programs. “… belonging to a minority group, and low female literacy are some other determinants that interact with poverty and cause low coverage,” she explained.

Added on top of that is the fact that India’s public health policy is haphazardly designed. As one study notes, “India’s vaccine deficit has several causes: little investment by the government; a focus on polio eradication at the expense of other immunizations; and low demand as a consequence of a poorly educated population and the presence of anti-vaccine advocates.” While India’s poor remain out of reach of most public health initiatives, India continues to be a leading producer and exporter of vaccines globally.

By often confining poor people in crowded unhygenic environments, neglecting the information gap, and excluding them from policy decisions, poverty plays a multidimensional role in extending vaccine inequality. That diseases for which vaccines are available continue to impact and kill children points to a public health injustice that requires urgent, holistic intervention.

“Access to immunization has led to a dramatic decrease in deaths of children under the age of five from vaccine-preventable diseases, and has brought the world closer to eradicating deadly scourges like polio and measles but despite this progress, 1.5 million children still die from diseases which can be prevented by vaccines,” the United Nations’ Children’s Fund (UNICEF) states on its website. These deaths are rooted in social inequality, and exclusion from public health measures. Ensuring universal vaccine coverage is thus not enough; it may fail as a policy measure if the government does not address it as a public health problem urgently.