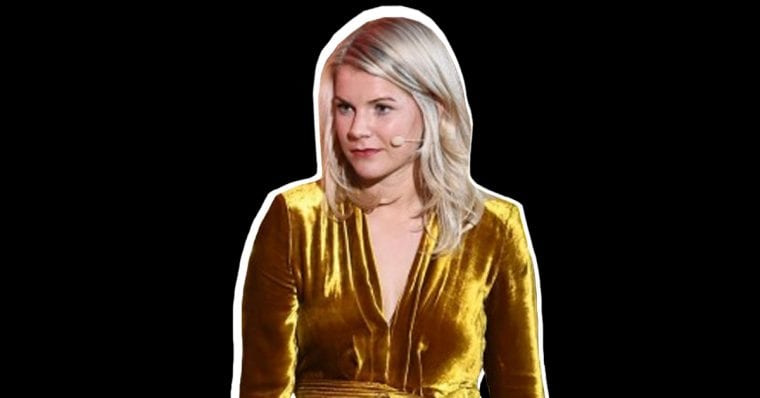 Yet again, the men of the world have shown us that they are paying no attention whatsoever to what’s happening around them — and worse, that they seem incapable of learning.

On 3 December in Paris, a glittering crowd gathered together for the prestigious Ballon d’Or ceremony, honoring the best in football. The award is for the best performing male football player over the last year, globally, voted for by sports journalists.

This year, for the first time ever, an award for female footballers was also given out – the Ballon d’Or Féminin.

(Let’s sidebar. So, a group of white men, all playing football, decided it was time to honor women too. Amazing. Fantastic. All those men hassling Serena Williams, are you listening?)

They had a glittering ceremony. Much pomp. So fancy. Since it was in France, we can safely assume the champagne flowed like the River Seine. And the moment of truth arrived: Ada Hegerberg had won the first ever Ballon d’Or Féminin. Rapturous applause. Even snotty Frenchmen were grinning slightly and shouting. Bien, pourquoi pas?

Ada Hegerberg is a gift to football. She’s only 23 years old and has already amassed 300 goals. She’s broken multiple records, including one for most goals in a single Champions League campaign. She’s being compared to Cristiano Ronaldo and Lionel Messi; basically she’s a star, with amazing things in front of her. Dressed fetchingly in gold, Ada bounced on stage and received the award, all grace and glowing hope – and even nicer, gave a victory speech that exhorted young girls to believe in themselves.

And then presenter/DJ/Neanderthal Martin Solveig ruined everything, and hopefully his life, too, by asking her if she could twerk.

There has been much abuse rained on The Fathead Formerly Known as DJ Martin Solveig. Many sports journalists, Twitter warriors, and even stars like Andy Murray have rained hellfire down on him and his idiocy. It is well-deserved, no doubt.

The Moron Previously Known as DJ Martin Solveig has even apologized — and added, “Guys I’m a little bit amazed, astonished by what I’m reading on the internet. Of course I didn’t want to offend anyone. This was a joke, probably a bad one and I want to apologise for the one I may have offended.”

Oh, You Simpleton Previously Called DJ Martin Solveig. You stood on stage, gave an award to a fabulously talented young person — given for their many achievements and to mark their rise — made a sexist comment based only on their gender that reduced women to objects, and you think you MAY have offended people? So sweet. I’m sure you also believe in Santa Claus, but he ain’t coming to your house this Christmas.

Whatever his new name, the idiot DJ isn’t alone. His comment was basically a microaggression — a small action or comment that communicates the societal or personal bias against a race, gender, group or more. Women are often at the receiving end of these comments or actions, meant to invalidate, demean and intimidate them. And while they may seem small and inconsequential, research shows that gender-based microaggressions may well be the gateway to more serious sexual violence.

Sure, DJ Whatever will say it’s “just a joke,” but these kinds of comments not only reflect the biases that exist in society but also harm, building slight upon slight, and thus reinforcing structural oppression.

When it comes to successful women, the microaggressions reinforce multiple sexist tropes, while minimizing their achievements. Researchers at the University  of Missouri School of Journalism even found that microaggressions against female athletes, in the media, went up by 40% from Olympic events in 2012 to 2016. (And if you don’t believe the stats, believe Andy Murray.)

The internet abounds with examples of women from all fields being asked “harmless” questions that actually pull the rug out from under their accomplishments. Even at regular workplaces, women who are at the top face some level of microaggressions, being associated with words like “bitch”, “ballbuster” and frigid.

The problem with televised public events like the Ballon d’Or is that even at a stage where a woman is finally breaking into the boys’ club, Hegerberg’s gender was weaponized for humiliation – a grown up version of “girls can’t play sports.” But girls can play sports, work, lead companies, fly planes and do everything that men can do.

Sexism is continuing because men are still getting a pass for it. We’re still just pointing it out and saying, “oh no!” Would Solveig have asked Ronaldo or Messi about twerking? What kind of backlash or financial repercussions would have ensued if he’d insulted a male football player? Six months later, will we even remember this? Will it have contributed to change? And are we ever going to get tired of the excuse of, “it was just a joke, man. Come on.”

In the meantime, here are 10 questions I would like to ask men to undermine them: