The Cost of Smog

Air Pollution Is Behind 7% of Miscarriages in South Asia: Study 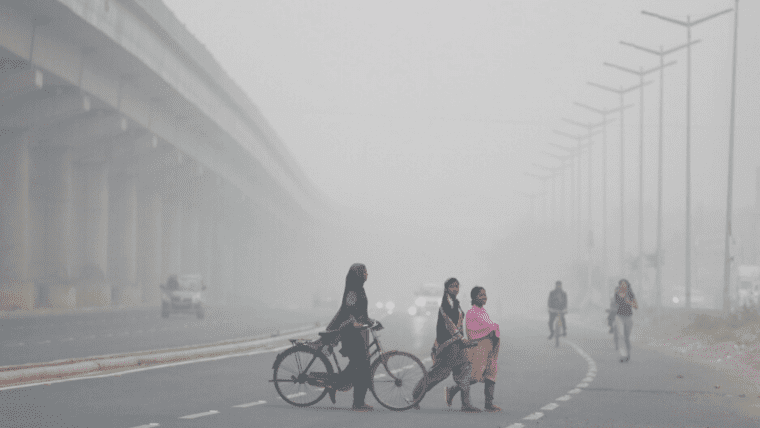 A large-scale study has linked maternal exposure to air pollution in South Asia — especially in India — to miscarriages and stillbirths.

“Our findings suggest that poor air quality could be responsible for a considerable burden of pregnancy loss in the region, providing further justification for urgent action to tackle dangerous levels of pollution,” Tao Xue, Ph.D., from Peking University in China, who was the lead author of the study, told the media.

Published in The Lancet, the study assessed data from different health surveys across India, Pakistan, and Bangladesh for the period 1998-2016, focusing on women who reported at least one pregnancy loss, or one or more live births. After adjusting for maternal age and other factors that may have contributed to pregnancy loss, the researchers concluded air pollution contributed to close to 350,000 pregnancy losses every year in the three countries.

“South Asia has the highest burden of pregnancy loss globally and is one of the [most polluted] regions in the world,” the study notes. And the estimates that the researchers arrived at suggest that air pollution has been annually contributing to more than 7% of all pregnancy losses in South Asia between 2000 and 2016.”

India’s Pollution Regulators Are Ineffective Due to a Lack of Expertise,
Resources: Report

The researchers also acknowledged the mental, physical, and economic effects of pregnancy losses on women, stating that miscarriage and/or stillbirth not only can increase the risk of post-natal depressive disorders and infant mortality during subsequent pregnancies but also increase pregnancy-related costs and lost income. “Therefore, reducing pregnancy loss may also lead to knock-on improvements in gender equality,” Tianjia Guan, Ph.D., from the Chinese Academy of Medical Sciences, who was involved in the study, said in a statement.

More than 75% of the women in the study who suffered miscarriages or stillbirths were from India, with the rest split between Pakistan (12%) and Bangladesh (10%). This study has come on the heels of a 2020 report that determined India has the most infant deaths due to air pollution in the world, with 1.16 lakh infant deaths in the country attributed to air pollution exposure in 2019. Yet another study by The Lancet, also in 2020, had found that 9% of children under 5 in India who died in 2017 died due to air pollution.

According to the WHO, nine out of the 10 most polluted cities in the world are in India. Moreover, researchers have found that India’s rural inhabitants, too, are just as exposed to outdoor air pollution as their city-dwelling counterparts. The present study further amplifies the cost of India’s air pollution on human lives — suggesting an urgent wake-up call.