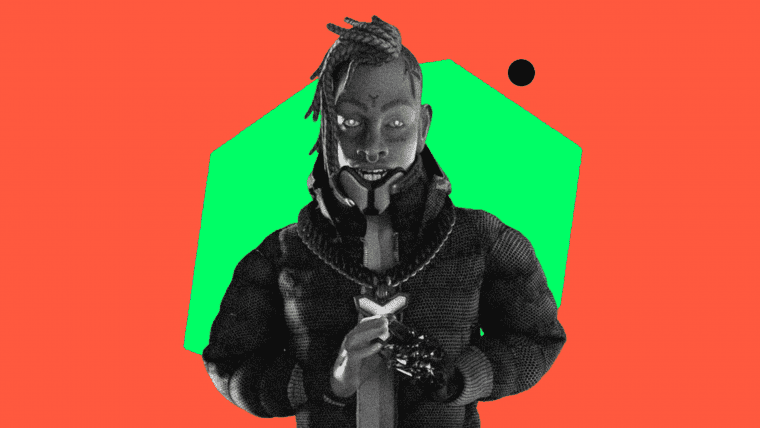 We’re increasingly grappling with a world where artificial intelligence coexists with us, asking to be taken seriously as a person, and nudging our ethical considerations about who gets to be called human. The rise of sentient chatbots and virtual influencers forces us to think about what it would mean to create tech that tries to simulate humanity while slowly but surely, getting smarter than us. Now, a virtual rapper’s cancellation brings these questions to a head. FN Meka is an AI artist, who appears to be a black male — the catch, of course, is that he’s not real. As a result, his music videos featured caricaturish portrayals of black culture — ultimately leading to Capitol Music Group (CMG), a record label, dropping the “artist.”

FN Meka was made by AI company Factory New — which went on to claim that the artist is voiced by an anonymous black man. For its part, CMG breathlessly announced the collaboration as “the world’s first AR [augmented reality] artist to sign with a major label,” The Guardian reported. But black activist group Industry Blackout was quick to point out the unsettling implications in an open letter. While slamming the virtual rapper for offensive lyrics with racial slurs, the group noted that “This digital effigy is a careless abomination and disrespectful to real people who face real consequences in real life.”

The AI is also “an amalgamation of gross stereotypes, appropriative mannerisms that derive from Black artists, complete with slurs infused in lyrics,” the group noted. The criticism speaks to a sobering reality of AI: that in trying to emulate human culture and behavior, it can commodify them. As a result, people themselves are reduced to caricatures — and FN Meka shows how the rich history of black culture is reduced to only its most superficial, exaggerated, and outwardly visible parts. In other words, AI has everything except the most important thing: humanity.

The problem, perhaps, lies in AI being evaluated solely for its intelligence. The guiding principle behind making AI smarter and smarter is to have it emulate human intelligence — but it’s often done without accounting for the fact that intelligence isn’t divorced from feeling and emotion. In the race to constantly make AI more like us and even outsmart us, we forget a crucial element of what makes us, well, us: our history, and everything we’ve shared, inherited, and have been through as a species.

Culture is made from these elements — and arguably, robots can never be taught. Tech “…treat[s] ‘data’ as a kind of unshakable truth, but there needs to be more human intervention and curation into how we build and deploy AI,” Arun Kale, founder of alternative culture magazine Helter Skelter, told The Swaddle earlier.

Rap, as a genre of music, for instance, is rooted in black identity — its themes deal with marginalization, incarceration, police brutality, love, family, and other aspects of black culture that a robot can simply never understand. As Industry Blackout pointed out, the robot can never be arrested for its lyrics, will never experience racist oppression, and therefore has no claim to using the vocabulary and aesthetics born out of these experiences.

AI people are ahistorical. To give them a race, a culture, and a vocabulary that’s born out of a centuries-old history too vast and complex for a robot to grasp, then points to how AI tech itself can commodify human beings. It’s dangerous territory — AI may be smarter at computing than human beings, but the elements of culture, history, and affect that shape us aren’t easily transposed. As a result, it’s humans who make the AI and inadvertently transfer their own prejudices and biases; tech may be smart, but no human or bot is smart enough to evade the social constructs that guide our lives.

The debacle with FN Meka as an AI rapper represents an unholy alliance between social media commodification of aesthetics, and tech increasingly aspiring toward sentience and personhood. Black aesthetics are already commodified and appropriated by influencers online — now, artificial people who exist solely online threaten to bolster this to a degree that fundamentally misunderstands what it means to be human — or even intelligent.