As We Fight for Social Justice Online, We Have to Ensure Our Voices Don’t Become Noise 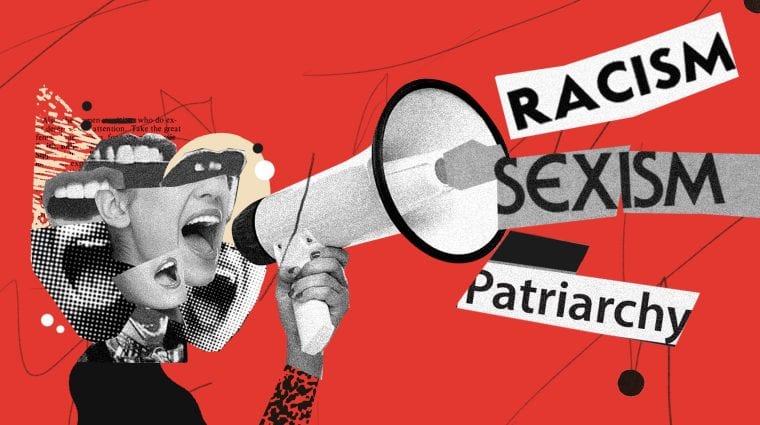 Following the tragic passing of Sushant Singh Rajput, a huge amount of noise erupted in the media – from tasteless photographs and coverage of his distraught father, to a flurry of comments and statements from other celebrities. Many of the voices in that eruption were using the incident to draw attention to their own lives and struggles, further adding to the noise.

Noise, by definition, is a series of random fluctuations that obscure or do not contain meaningful data. Fisher Black famously said noise is the opposite of information, full of hype and inaccuracies that are hard to separate from real information. Today, as we are bombarded with information, a pressing challenge, on an individual and collective level, is separating the voice from the noise. But perhaps a more important place to start is ensuring that our own voice doesn’t add to the noise.

Voice is more than just the sound that erupts from one’s mouth. It involves backing opinion with action, showing up, engaging with research, and investing the time to learn. A voice is a tool, and therefore, must be sharpened in order to really serve its purpose.

This begs the question: What is the purpose of one’s voice, and who does it serve? In any situation, this can be answered by further asking: Is the voice adding to a reservoir of knowledge, raising a new perspective, or sharing a story that needs to be told? Or is it distracting from the real issue in a self-aggrandizing attempt to ‘have a say’? What distinguishes voice from noise is not just the decibel level, but the direction and derivation of that voice.

Indian Support for George Floyd, While We Remain Silent on Violence at Home, Is Hypocritical, Performative Wokeness

Intent is a key component of voice. Understanding why you would like to speak often informs the tone and texture of your voice. Earlier this year, a viral TikTok trend emerged with users artificially darkening their skin color digitally at the start of a video while lip-syncing to a popular song. This reignited India’s struggle with colorism, as users agreed that people shouldn’t be judged based on their skin tone, while they simultaneously defended their actions as a harmless attempt to be trendy. Unchecked intent causes a ripple effect of hurt, confusion and misunderstanding.

It is also important to ensure that our voice doesn’t clutter important spaces for conversation and change. Although it stemmed from the noble intent of expressing solidarity during the Black Lives Matter movement, the flurry of black squares clogged up a hashtag that was originally meant to share resources and information.

In the evaluation of voice, intent and source are deeply related. Understanding the nuanced difference between the source of a reaction, and the intent in voicing it, requires introspection. Trained, professional singers can accurately identify the source of their voice. Is it nasal or originating from deep within your stomach? Is it throaty or guttural? Knowing where the sound comes from helps lend clarity and power to the voice. With our opinions too, it is important to know where they come from. Thinking that is rooted in outdated beliefs, division, hate, and judgment will often manifest as noise. On the contrary, a voice borne out of empathy, compassion, kindness, sadness, or pain is one that truly resonates. Even if the words falter or the punctuation is imperfect, the message will be clear.

A voice must always allow others to arise in parallel. For instance, people in positions of influence can amplify the voices of others by creating space for them on their platforms. Noise is inherently stifling, so if one’s voice is crowding out other voices and hindering wider participation, it’s important to take a step back and examine its inclusivity.

Noise begets more noise. Because people’s focus has shifted from the texture of their voice to wanting to be heard, we sometimes forget that it is not necessary to state our opinion on every issue. Distinguishing between one’s responsibility to speak and knee-jerk reactions is critical. This is not to say that voicing opinions or beliefs cannot be spontaneous, but that there is only chaos in a cacophony. Knowing when to opt for vocal rest is vital, and requires deliberate introspective thought.

That being said, the option to remain silent is often a privilege. Injustice, cruelty, and abuse demand the use of our voice because we are responsible for one another and stewards of a beautiful planet. However, the preferred way to counter misunderstanding, defiance, and ignorance (wilful or otherwise) often seems to be attack. If one happens to have the capacity for it, broaching tough topics with empathy enables constructive discourse.

Noise differs from voice in its structural integrity. While both can be disruptive, rally forces, and have far-reaching consequences, voice has great density, while noise tends to be hollow and will not hold up against questioning and logical reasoning. The good old rule of taking a breath to consider your voice before speaking can perhaps help make the internet, our relationships, and our conversations safer, healthier, and more meaningful spaces.

A lot of us are still learning to wrap words around our feelings, digging deep into the etymology of injustices, reckoning with the friction of what was and what must be. However, if we are able to use our voices to persuade rather than provoke, to bridge rather than burn, to educate rather than enrage, our voices will not fade into oblivion. Pritika Rao is an economics researcher, poet, and freelance writer. You can find her @pritikasuzanne on Instagram and @pritikarao on Twitter.
See all articles by Pritika