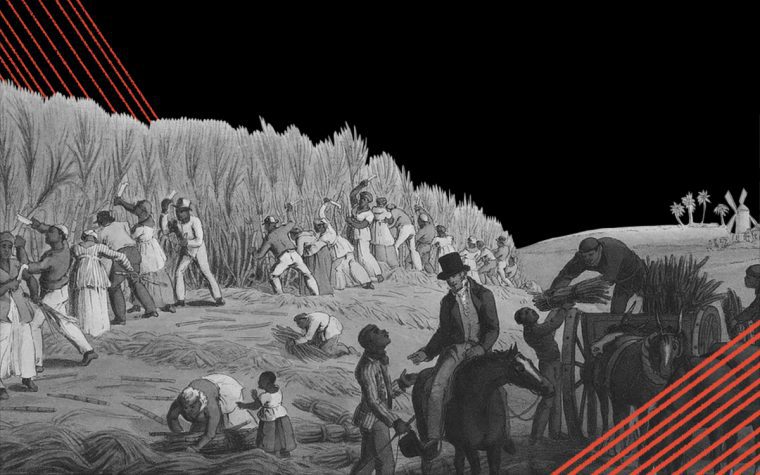 Barbados’s National Task Force on Reparations is reportedly considering calling for reparations from Benedict Cumberbatch’s family, for its ancestral role in perpetuating the Atlantic slave trade. The Cumberbatch family owned a sugar plantation in Barbados that enslaved 250 enslaved people, according to Insider.

Last year, Barbados joined Jamaica in demanding reparations from Richard Drax, a Conservative MP from the UK, whose ancestors “pioneered the plantation system in the 17th century and played a major role in the development of sugar and slavery across the Caribbean and the US,” as per The Guardian. “Drax is fabulously wealthy today. The Drax family is the central family in the whole story of enslavement in Barbados… They have a deep historical responsibility,” said David Comissiong, the Barbados ambassador to Caricom.

Reparations, broadly, are any effort to compensate and rehabilitate victims of historical or present-day injustices. It’s a legal obligation placed on states, institutions, and individuals to repair and restore those they have harmed. Monetary compensation is one part of it but not the only kind: restoring political and civil rights, access to land, housing, and education, and even an apology are some of the other types of reparations. However, “reparations are “rarely prioritized” and are often the least-funded measure of transitional justice,” according to the International Center for Transitional Justice. When it comes to slavery, the British government paid slave-owners compensation at the time of abolishing the slave trade — but did not extend the same compensation to formerly enslaved people or their descendants.

“Reparations—by which I mean the full acceptance of our collective biography and its consequences—is the price we must pay to see ourselves squarely,” wrote Ta-Nehisi Coates in an essay making a case for reparations in the United States. In it, Coates links slavery in America with present day racial inequality in the country — leading to some individuals to seek reparations from the state. But while individuals have sought reparations, the same hasn’t been claimed from individual families — and that too, those from other countries — until recently.

The task force overseeing the present demand is part of the Caricom Reparations Commission (Caricom), short for the Caribbean Community, which is a regional group that focuses on the economic integration of former colonies. In 2013, Caricom announced that 14 countries would be suing the United Kingdom, the Netherlands, and France for reparations before the International Court of Justice. A year later, 15 heads of state from Caricom prepared a 10-point list of demands from European slave trade nations that included, among others like debt cancellation and education, an unqualified apology.

Barbados’ call for reparations is thus significant on two counts. One, it forms a part of an ongoing international reparations campaign, where former colonies have begun to demand compensation for historical injustices by European nations. These include not only colonialism, but slavery as well — which makes African and Caribbean nations the leading proponents of reparations globally. Two, this task force is, for the first time, directing its attention toward individual families who owned or profited from the slave trade. This expands the scope of reparations beyond nation-states or institutions — and is a step toward direct accountability.

Canada Returns a Statue Stolen from Varanasi 100+ Years Ago

It’s also part of Barbados’ ongoing decolonization effort. In November 2021, Barbados formally removed Queen Elizabeth II as its head of state. This is a symbolic victory; the reparations demands, however, make the decolonization process tangible. Moreover, the move in 2021 reignited long-standing calls for reparations from several countries. In 2022, Prince William and Kate Middleton’s visit to Jamaica to celebrate the 70th year of Queen Elizabeth II’s reign was met with resistance: “We see no reason to celebrate 70 years of the ascension of your grandmother to the British throne because her leadership, and that of her predecessors, have perpetuated the greatest human rights tragedy in the history of humankind,” a letter signed by over 100 Jamaican leaders read.

Western governments, however, have been slow to act on the demands. Previously, France repatriated 26 artworks to Benin, and Germany pledged $1.35 billion in aid to Namibia as acknowledgment for its history of perpetuating genocide there. South Africa and Canada have Truth and Reconciliation Committees to acknowledge and repair the lingering effects of apartheid and genocide of indigenous communities, respectively.

In 2019, the United Nations Special Rapporteur on racism, Tendayi Achiume, released an important report calling for reparations as a vital aspect of racial justice. “Reparations are a vital aspect of a global order genuinely committed to the inherent dignity of all, irrespective of race, ethnicity or national origin,” Achiume said. The report emphasized that modern racism and inequality cannot be separated from the institutions of colonialism and slavery — making reparations an essential component of racial justice today. Importantly, the report did not exempt individuals who benefitted from the institutions. But there remain significant international legal hurdles, according to the Rapporteur’s fact sheet.