Marriage Is Not A Permanent Affair

Can We Move On: From the Sexless, Sacrificing Divorced Woman Trope 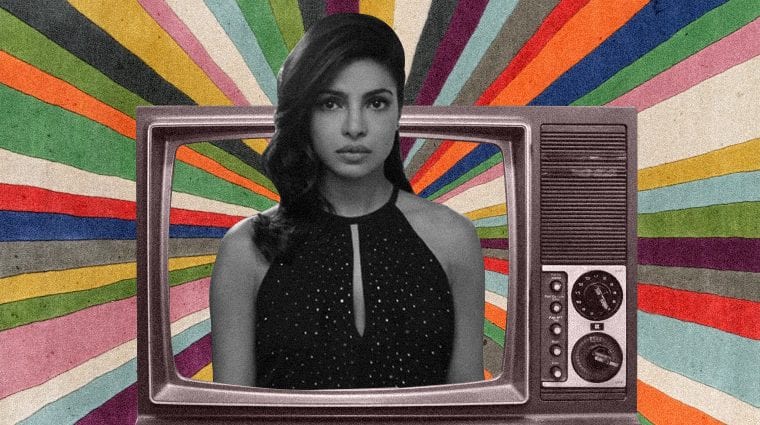 In Bollywood, divorce is an anomaly. There is incredulity in reel bystanders’ eyes as they watch divorced women walk by — as if her very existence was a level of audacious they had never encountered before. Leaving ‘bad’ husbands is not something ‘good’ Indian women do, tired cinematic tropes harp on.

The silver screen thus sits on top of an oddity: while divorce becomes a man’s right in Bollywood, the woman is left open to jeering, cruelty, and sexual harassment. From Arth (1982) to A Girl on The Train (2021), men divorce women, and women are supposed to resign to a sordid fate. Men leave women because of their own anger issues (Nikaah) or philandering (Arth) or profiteering (Saudagar) or even because their wives chose to masturbate (Veere Di Wedding). The women who face divorce silently accept this most of the time — they might choose to remarry or live with their ex-husband’s family (De De Pyaar De). On rare occasions, women are painted as shrews seeking alimony payments from hapless husbands (Jodi Breakers, Jaan-E-Mann), just for laughs.

The message is clear and concerning. Women should not divorce their husbands, women rarely put up a fight in the divorce, and women are almost always miserable through it. In We Are Family, divorcee Maya (Kajol) gets cervical cancer while her ex-husband finds a new, young partner. In Arth, Pooja (Shabana Azmi) refuses to remarry after her husband leaves her for another woman. In Nikaah, Nilofar’s (Salma Agha) husband and ex-husband twist themselves in knots trying to understand who she should marry and who she should divorce without thinking of, well, asking her. If not the husband, the marriage is then a patriarch’s decision. Even in the seemingly more progressive Dil Dhadakne Do, Ayesha (Priyanka Chopra) divorces her husband only after her father’s approval. In Thappad, Amrita (Tapsee Pannu) does divorce her physically abusive husband but has to keep justifying her decision to her family — especially her father — several times.

These films push the idea — either unintentionally or to make a social justice point — that a woman’s life is pretty much over after her divorce. Women’s worth in both reel and real worlds is judged by the men around them — the lack of a man equals the lack of a life.

Men may still sexualize women, but the general perception is she herself is sexless — and spends the rest of her days sacrificing her own joy to rear her children, focus on making a living, and overall being harmless. Well, this might be shocking (God, I hope not) — but many Indian divorced women, just like any other type of women, are actually pretty damn happy, thank you very much. Some are devastated, some are coping, but every single one of them has the potential to be joyous, content and also — this is important — have lots and lots of sex and romance in their lives.

India’s divorce rates are still abysmally low because of women’s inability to assert their right to divorce. The 2011 census shows that about 13.6 lakh individuals are divorced in India, which is equal to 0.24% of the married population and 0.11% of the total population. But, divorced people, including divorced women, aren’t hiding their faces in shame. Over 110,000 Facebook users from India openly state that they are divorced – with one-fifth of this number being women divorcees, according to an analysis by the Economic Times. The survey found these divorced women were also more likely to like online pages along the “happily divorced” or “divorce party” theme — the idea of moving on is appealing and more to some.

These divorced women are doing fabulously — they’re writing powerful poetry about their divorce, doing stand-up comedy about their divorce, running support groups to enjoy divorced life, telling men what they’re wearing via text message, navigating judgy gynecologists, swiping rights, and having the time of their lives — contrary to what filmmakers and society might think.

Divorced women may not have fun in Bollywood, but they do have fun on web series. OTT Hindi shows, with Four More Shots and Masaba Masaba showing divorced women having complex, yet light and happy love and sex lives. Another recent OTT film Cakewalk (2019) shows Shilpa (Esha Deol Takhtani), a chef, leaving her marriage because her husband isn’t supportive of her ambition. Since OTT content is well-known for its progressive creative bent, this opens up room for more unique, underrepresented stories to come to the fore. In comparison, the only Bollywood movie that shows divorce — not initiated by a patriarch or a husband — was in Bala (2019), where Pari (Yami Gautam) annuls a marriage with Bala (Ayushman Khurana) because he lied about having hair.

Living as a divorcee in India isn’t easy, but that doesn’t mean it’s an endless rut of sorrow and pity. Indian women leave bad husbands, average husbands, and good husbands — and are better off for it, because it’s their choice. Maybe, it’s time for society to follow their lead.

Can We Move On? | divorce | marriage | Marriage Is Not A Permanent Affair | relationships