Can We Move On: From the Woman Who Uproots Her Social Life, Career to Be With a Man 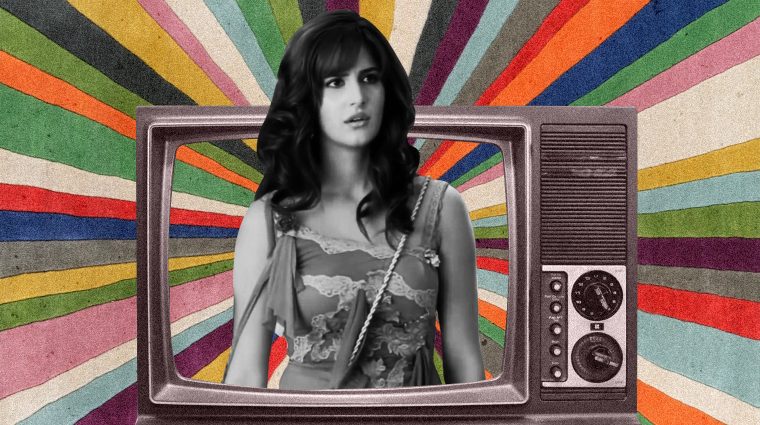 Female characters in Bollywood will sacrifice anything — from their social lives to their careers — simply to spend their lives with a man, and devote all of their time to his care. Serving him, then, becomes her new job; entertaining him — and, on occasion, his relatives, friends, and colleagues — takes over the entirety of her social life. Choosing otherwise is often depicted as a flaw in her character: Mumu (played by Reema Lagoo) in 1999’s Hum Saath-Saath Hain is a prime example of a female character being reviled for choosing to have friends that aren’t her immediate — or even distant — family members. Her friends — mockingly called the “teen titliyaan (three butterflies)” are portrayed in a villainous light, too. Reason: they hang out together instead of toiling away in the kitchen from dusk to dawn. Not only that, but they have opinions they don’t hesitate to air, and dare to pursue their personal interests too, like dressing up and going to beauty parlors.

Unfortunately, though, the trend of shaming women for having a life outside of their marriage made its way into the 21st century as well. In 2003’s Chalte Chalte, Priya (played by Rani Mukerji) finds herself at the receiving end of emotional abuse from her husband, Raj (played by Shah Rukh Khan), for continuing her friendship with her childhood friend, Sameer (played by Jas Arora). Threatened by Sameer’s success and plagued by his own insecurities, Raj lashes out at Priya time and again, and even humiliates her publicly more than once. This is despite Priya already having uprooted her social life to move in with Raj. Yet, she decides against escaping her abusive marriage for the sake of true love.

But social life isn’t the only sacrifice required of female characters in Bollywood; often, their career must also be forfeited at the altar of their heterosexual romance. That’s precisely what Kamini (played by Priyanka Chopra), does in 2007’s Salaam-e-Ishq, where she gives up her dream of featuring in a Karan Johar movie — despite having jumped through numerous hoops to achieve just that — simply to pursue her lover.

Bollywood tends to paint women as evil for as little as deciding to care about their career if it doesn’t benefit their male partners significantly. This vilification isn’t just reserved for married women not fulfilling gendered responsibilities toward their families by performing unpaid labor. It is also extended to unmarried women who choose to prioritize their careers over dating or starting a family. Aaliya (played by Deepika Padukone) in 2010’s Break Ke Baad was portrayed as selfish for moving to Australia, away from her boyfriend, to pursue a career in acting. In a rare departure from tradition that favored patriarchal narratives, though, the movie didn’t end with her burying her dreams to be reunited with her lover. Unfortunately, however, in 2004’s Aitraaz, Sonia (played by Priyanka Chopra) isn’t extended the same “consideration.”

Upon realizing she’s pregnant, Sonia decides to opt for an abortion because she wasn’t ready to have kids at that stage in her career. She’s immediately deemed a vamp in the narrative. “What does the film do to Sonia? It makes her the villain and clothes her in all sexist stereotypes. After learning about her decision to abort the fetus, a selfish, misogynistic Raj [played by Akshay Kumar] immediately leaves her,” notes an article in The Quint. Not only that, we see her end up so lonely and miserable as a consequence of this decision that she ultimately dies by suicide.

Sonia’s character in Aitaaz is contrasted by Raj’s wife, Priya (played by Kareena Kapoor Khan), who quits her legal career to get married to him. When she does resume it, it’s not only brief, but also merely to defend her husband in court against a case of sexual harassment; that, too, after the primary lawyer is grievously injured in an accident. Priya is, unsurprisingly, portrayed as the “good” woman against Sonia’s “evil” ways. This isn’t singular, by any account. It’s fairly commonplace for the trope to be part of narratives that culminate in the woman, who chose her career or social life above all else, either reorganizing her priorities to become a docile wife — or ending up lonesome, bitter, and tragic.

In 2007’s Namastey London, Jazz (played by Katrina Kaif) realizes the error of her ways, which is her unwillingness to relocate from London to India and uproot her social life, to be wed to a man her father chooses. Until she changes her mind, she’s portrayed as selfish and spoilt. Similarly, in 2020’s Love Aaj Kal, too, Zoe (played by Sara Ali Khan) realizes she’s making a mistake by prioritizing her career over a relationship — upon being told by another man that she’s making a mistake. It was hardly surprising, then, that in 2016’s Sultan, Aarfa (Anushka Sharma) chooses against aborting her fetus upon finding out she’s pregnant — despite knowing it cost her a career in wrestling that she had been tirelessly training for until then.

Sultan, actually, painted a vivid picture of gender disparity: Aarfa sacrifices her career to give birth while her husband, Sultan (played by Salman Khan), couldn’t even bother to be at her side when she gave birth, resulting in the baby actually dying. And yet, Sultan is forgiven in due time. Granted, he isn’t absolved immediately, but his comeuppance is nothing compared to, say, Sonia’s fate in Aitraaz.

How Shaming Women for Their Choices Breeds Lifelong Self‑Doubt

By rewarding women for yielding to the patriarchy and chastizing them for deviating, women are shamed for aspiring to be their own person — socially and professionally. This drives home the message that a woman’s life is worthless if she doesn’t end up with a man — no matter how successful she might be in the career she chose to focus on. It also suggests that being alone necessarily equates to being lonely — that it isn’t a matter of choice, but an undesirable state one is doomed to end up in as a consequence of deviating from gendered expectations. It also reflects — and perpetuates — the mindset that expects women to uproot their entire lives, including their very identities, for a man and adapt solely to the role of their partners.

Further, the trope also insidiously furthers the idea that women need rescuing — often, from the radical notion of independence. In Namastey London, what convinces Jazz to shift base to Punjab and live with Arjun (played by Akshay Kumar) is being rescued from the racism of people in London, a city where she had thrived until she met Arjun, as an adult. Similarly, in 2015’s mega-hit, Baahubali: The Beginning, Avantika (played by Tamanna Bhatia), was a fierce warrior when she crossed paths with Mahendra Baahubali (played by Prabhas). Yet, soon after meeting him, she needs him to come to her aid to rescue her from goons — with no regard for the fact that her narrative, up to that point, had led viewers to reasonably expect her to have the skills to defend herself.

The rise of this trope has normalized women leaving their hearth and home to be with their love interests to a degree that in 2022’s Brahmastra: Part One – Shiva, the writers didn’t even bother to show the female lead, Isha (played by Alia Bhatt), having much of a career, a passion, or even a hobby. And soon after meeting her lover, Shiva (played by Ranbir Kapoor), she takes off with him, and is never shown speaking to her briefly-mentioned family members either. “Isha dedicates her entire existence to a stranger who, on their second meeting, talks about having visions of an extra-terrestrial conspiracy ring… When Isha gets physically hurt, she downplays it… [She] stands, frame after frame, in scenes with zero dialogue and screen presence while her male counterpart continues singing, dancing, and playing with fire,” notes an article describing the sexism embedded in the character arc of Isha.

In an era where filmmakers are exploring movies surrounding female friendships — like Aisha (2010), Angry Indian Goddesses (2015), and Veerey Di Wedding (2018) — which are led by female actors, it’s ridiculous to see the trope of women sacrificing their personalities for men who don’t seem nearly as willing to return the favor, flourish. Naturally, this merits a rather obvious appeal: can we move on?

Can We Move On? | Don't Need a Fresh Start | gender roles | sexism in cinema