Would Hurt a Fly 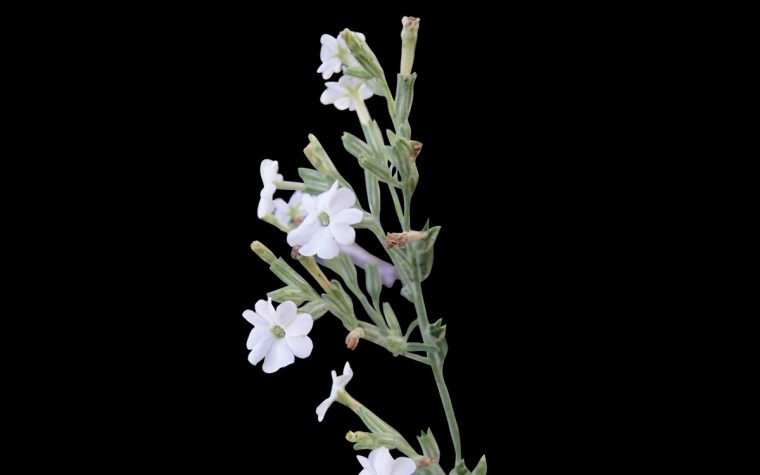 Researchers have discovered a wild tobacco plant that traps and kills insects, and may potentially serve as a “natural insecticide” of sorts.

“Nicotiana insecticida demonstrates well the adage that ‘tobacco kills‘… although in this case it is insects that become ensnared on its sundew-like glandular hairs and die,” Mark Chase, a scientist at the Royal Botanic Gardens in the U.K., who co-authored the study, said in a statement.

Published last week in Curtis’s Botanical Magazine, the study details the discovery of the new plant in a Western Australian highway. The plant has sticky hair on its surface, which enables it to trap insects, and causes it to resemble a “mass grave for small insects — flies, gnats, and aphids,” Mongabay reported.

However, N. insecticida doesn’t dissolve the insects to soak in nutrients from them, and hence isn’t per se “insectivorous.” The purpose behind the plant’s sticky hair is to prevent itself from being eaten by insects.

So, Chase believes the plant could serve as a “biological control agent” for killing fungus gnats and other undesirable insects in greenhouses.

While N. insecticida hasn’t been approved for commercial use by the Australian government yet, the prospect of a plant doubling up as an insecticide to protect other plants is quite fascinating. Especially so, since chemical-based pesticides and insecticides not only contaminate the environment, but can also be toxic to animals consuming the plants treated with chemicals. In fact, they can harm the human nervous system, endocrine system, and reproductive system too.

“Many plants have sticky glands, but generally they do not kill insects in such numbers… Tomatoes (a relative of the tobaccos) have glands that trap and kill some insects, but not in these numbers and not so regularly,” Chase told Mongabay, suggesting, perhsps, how promising N. insecticida can be as an insecticide — just as it’s name suggests.