Where Are The Women? 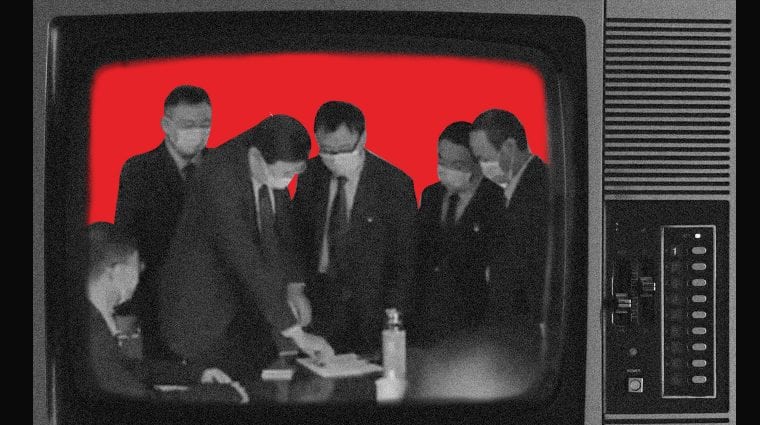 A state-sponsored television drama detailing seven stories of Chinese frontline workers and volunteers fighting the Covid19 pandemic has garnered backlash on Chinese social media for its invisibilization and wrongful portrayals of women. Called Heroes in Harm’s Way, the show, in a particularly controversial scene, portrays a group of men signing up to transport supplies, while women stay sitting down, depicted as unwilling to do the job. The chief then asks why the women aren’t stepping up, which many on Weibo interpreted as the continuation of a narrative that ignores women’s contribution to the Covid19 fight. By Sunday night, thousands of people had asked to take the show off the air, the New York Times reports.

“In previous television dramas, women would frequently be smeared. But I thought that something would change this year, after the experience of the epidemic, because so many women participated in the fight,” feminist activist Zoe Shen tells the New York Times. “I didn’t think there would be such a plotline now.” Other critiques of the show also include its lack of portrayal of women frontline medics and essential workers, again furthering a narrative that does not reflect reality in the slightest.

In the beginning of the Covid19 pandemic, for example, women accounted for two-thirds (28,000) of the 42,000 medical personnel who traveled to Wuhan to contain the pandemic. Subsequently, more than half of the doctors sent to Shanghai were women, and 90% of all nurses were also women. These numbers are reflected in India too — almost 3.5 million frontline workers, often considered the first line of defense against the novel coronavirus in low-income regions, are volunteer Anganwadi and ASHA workers. They not only screen people for Covid19, do contact tracing, and spread health and hygiene awareness, but are also tasked with distributing rations and taking care of the sick and ensuring they get enough care. Their work and their plight, however, has gone unacknowledged, as seen in ASHA workers’ strikes during the pandemic that demand better recognition of the work they do, proper protective gear, and fair pay.

The treatment of women frontline workers “is part of unpaid labour of women and is seen as an extension of the work women do at home,” Ranjana Nirula, convenor of the All India Coordination Committee of ASHA Workers, told Hindustan Times.

The same numbers are repeated all around the world — in the U.S. for example, one in three jobs held by women were deemed ‘essential’ at the beginning of the pandemic, which included everything from a drugstore pharmacist and a nurse, to a cashier working essential goods stores. Women in these jobs, in addition, are also doing one of the most essential, but unacknowledged chores in the pandemic — housework and care work for their families at home. This juggling, which women have found no choice but to take on, is also severely affecting their mental health, even as many of them are stuck in households replete with abusive family members (reflecting the domestic violence pandemic raging alongside Covid19).

Women are undertaking the majority of frontline and essential duties under the Covid19 pandemic but are not receiving the most basic of amenities, such as menstrual hygiene materials in healthcare institutions. This, combined with the fact that they’re struggling in PPE not designed for them, in which they don’t fit, makes their job not just hard, but close to impossible, and dangerous.

Overlooking women’s role in this fight, as has happened in many fights before the Covid19 pandemic set in — be it in a TV show or in reporting the news — invisibilizes not just their role and contribution, but also their experiences. If we don’t see, hear, and read women’s experiences on the frontlines, we cannot devise frameworks that can better accommodate them. If we cannot learn to depict these contributions fairly, then we cannot learn to value them.

coronavirus | covid19 | doctors | On The Frontlines | Where Are The Women? | women & work