Validation Is Step One 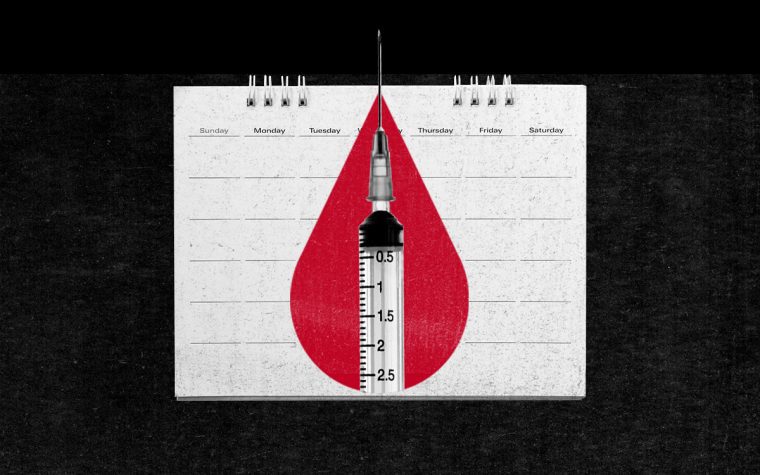 The first government study of how coronavirus vaccinations impact periods was published last week. It found mRNA vaccines may impact the duration of the cycle, changing it by a day or less, along with influencing the timing of the periods over an average 28-day cycle. This comes amid concerns and anecdotal speculations over the vaccines impacting menstrual cycles adversely. The results are encouraging as they show the effects aren’t too significant — and moreover, are only temporary.

The first-of-its-kind study, funded by the United States National Institutes of Health, tracks its participants both before and after vaccination and was published in the journal Obstetrics and Gynecology.

“It is reassuring that the study found only a small, temporary menstrual change in women,” Dr. Diana Bianchi, director of NIH’s Eunice Kennedy Shriver National Institute of Child Health and Human Development (NICHD), said in a press release. The researchers explained the menstrual cycles vary from month to month, and the increase of 19 hours (on average) was within “the range of normal variability.” Whatever change was recorded was short-lived and resolved within months, meaning there was little long-term impact, according to the study. The findings can help reduce vaccine hesitancy among people who menstruate.

So far, any variations in menstrual cycles were attributed to lifestyle changes under the lockdown or added stress. The findings then recalibrate this hypothesis, considering unvaccinated people in the current study did not experience any menstrual changes.

In the current study, the researchers looked at 3,900 Americans over the course of six menstrual cycles; 2,400 of them were vaccinated, 1,500 were unvaccinated. Some participants who received two mRNA vaccine doses observed an average two-day increase in cycle length over a menstrual period. The unvaccinated individuals, on the other hand, saw “no significant change” to their menstrual cycles during the course of the study. The researchers used data about the length and intensity of periods from an app — one that doesn’t collect gender identity data.

Dr. Alison Edelman, a professor of obstetrics and gynecology at Oregon Health and Science University in Portland, Ore. who led the study, told NPR: “I think it’s reassuring and also validating.” Validating, because the findings follow anecdotal evidence, posited globally, of people experiencing irregular cycles post-vaccination. Even a survey conducted in August 2021 came to a similar conclusion after examining 140,000 cases: people were experiencing heavy flows and some who hadn’t menstruated in years had breakthrough bleeding.

“The menstrual cycle is like the stepsister that gets ignored,” Edelman says. “It’s considered unimportant in the grand scheme of things, but it actually really is important to people day-to-day.”

Why the changes occur is still a matter of scientific scrutiny. Researchers know there is a link between the immune system and reproductive cycle; some immune cells may affect the body’s natural clock, making it completely possible for vaccinations to impact menstrual cycles. But current data shows the changes may be brief.

Two, the research, and the intersection between vaccines and women’s health, highlights a glaring blind spot in medical research. Clinical trials around Covid19 vaccines usually look for side effects including headaches, fatigue., fever. But reproductive health is a dimension very commonly ignored. “There is one potential side effect of Covid19 vaccines that has been reported consistently, and just as consistently ignored: changes to the menstrual cycles,” an article in Quartz read last year. Even with the early Covid19 studies, much like other vaccine trials, researchers focused little on reproductive health.

“…if so many things can affect periods, why don’t we know more about how these vaccines — or any others — affect menstruation? It’s part of a long history of medicine not taking women’s bodies seriously,” an article in The New York Times argued in April.

The neglect seeds doubt among a huge proportion of the population. “It makes people feel like their bodies were not considered in part of the [clinical] trial,” Katharine Lee, a biological anthropologist at the Washington University School of Medicine in St. Louis, said.

Then studies like the present one, which tangibly links Covid19 vaccines to impact on menstrual cycles, can inspire vaccine manufacturers to include questions about menstrual health in future clinical trials. “The control of menstrual bleeding is complex with potential effects from the brain, ovaries, and uterus itself. It is plausible that the effects of either [a Covid19] infection or vaccination on the immune system could affect this control pathway, and any research would be greatly valued,” Dr. Sarah Gray, an expert in women’s health, said earlier.

Three, by underlining the short-lived impact, it demystifies any related vaccine hesitancy. “Vaccine hesitancy among young women is largely driven by false claims that Covid19 vaccines could harm their chances of future pregnancy… Failing to thoroughly investigate reports of menstrual changes after vaccination is likely to fuel these fears,” Dr. Victoria Male, a reproductive immunologist at Imperial College London in the U.K., wrote in a BMJ editorial last year, calling for more research. The fear of infertility, permanent variations in cycle, or even death are unproven and largely false, many experts note.

Arguably, if people know they may experience some irregularities, it will be easier to prepare — emotionally and physically — for the vaccination. “They could learn when to get jabbed, what to expect after it, and how to prepare for any changes in menstrual cycles affecting their day-to-day lives,” Devrupa Rakshit noted in The Swaddle. This is particularly important given double vaccination still continues to be a challenge across many Indian states, and booster doses are on the docket to reinforce immunity protection against new variants like Omicron. More studies around the link can be empowering for women and people who menstruate.

As Dr. Bianchi rightly notes: “It’s the lack of information that creates, possibly, vaccine hesitancy. So the power of this study is it really shows what to expect and not to be alarmed if you’re menstruating regularly every 30 days and day 30 comes [after vaccination] and you don’t have your period.”