Debunking the Most Popular Myths About Hair Removal 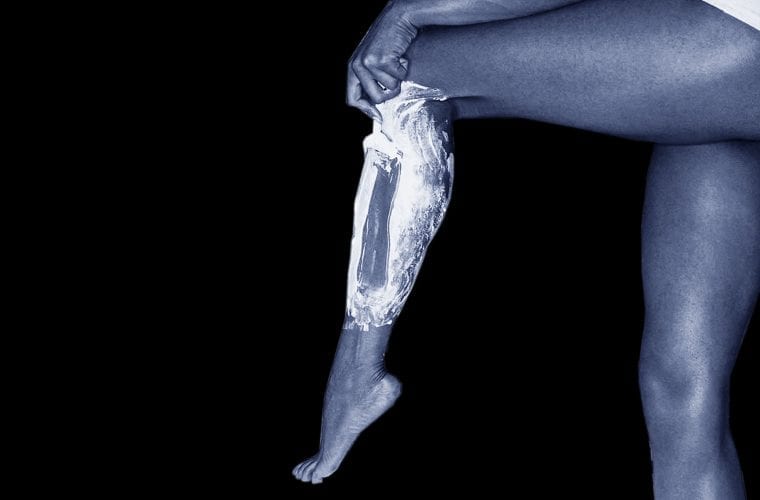 Growing up as a girl, myriad lessons were peddled to me to learn how to manage my appearance — how to dress, how to apply make-up, how to fix hair, how to remove hair. The last one is a doozy: most women remember being told from a young age to engage in body hair removal; it’s an imperative (and completely unnecessary) rite of passage peddled by friends and family. We’ve been told body hair undoubtedly invokes disgust, which is often accompanied by tips and tricks to remove it. Turns out, most of the information involving hair removal is a myth.

Um, no. Shaving hair means cutting it off at the surface of the skin, even as single strands exist beneath the skin — where they stem from the hair follicles. Simply cutting (shaving) it off at skin-level cannot change the texture and color of the hair. However, hair does thin as it grows, so the blunt edge of a shaved-off strand of hair will look darker. It should taper as it grows, back to usual.

Wrong again. This has been documented in several studies done across 100 years, as reported by Scientific American. In a 1970 study, five men were asked to shave only one leg weekly for a period of several months, while letting the other leg (and the hair on it) live in peace. The study not only found no difference between the regrown hair on the shaved leg and the hair on the leg that was never shaven, it also found no difference in hair density between each pair of legs. “Women shave their legs all the time. They would be like gorillas if the hair was coming back thicker or darker. Plus, we would never have to think about hair loss on our heads if cutting the hair shaft would make it come back thicker,” Amy McMichael, chair of the department of dermatology at Wake Forest Baptist Health, told Scientific American.

Hair won’t magically grow where it never grew before. Hair growth on the face is a product of hormones, such as testosterone. Shaving doesn’t create hair follicles, nor does it magically excite the ones that already exist.

Lasers kill the hair follicles under the skin, which then leads to the hair eventually falling out of the follicle. However, at any given time, many hair follicles are also in resting mode and don’t have hair that is actively growing out of them. Laser treatments, which are often conducted in several sessions, target follicles at all stages of hair growth, and kill them. Some follicles, however, will always be left out, or not completely killed, which requires periodic follow-ups by those undergoing laser treatment for hair removal.

Body hair removal is … nothing. It’s not hygienic or unhygienic, it just is. A proper hygiene routine preserves the skin underneath the hair properly and staves off bacteria from the hair. Beauty is often equated with being hair-free, and hence hair-free has often been peddled as more hygienic, but it’s not true.