The Women Caught Up in the Delhi Violence 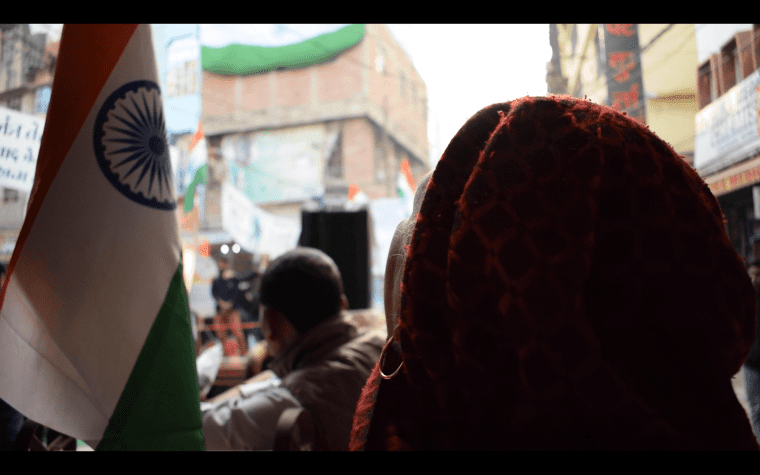 The past three days have seen religiously motivated violence sweep across Northeast Delhi. Old and young have all been swept up in riots that have left many Muslim families mourning and homeless. But women have long been at the heart of protests against CAA-NRC – and are bearing the brunt of the discriminatory laws as well as the resulting violence. Here, we’ve collected some of their stories.

An 85-year-old woman is burnt to death in her home.

Akbari, 85, a woman living in Gamri extension near Khajuri Khas in Delhi, died on Tuesday after an armed mob chanting “Jai Shri Ram” and targeting Muslims set fire to her home. The fire gutted the first two floors of the family’s tailoring workshop. While other family members and workers were able to flee to the roof, Akbari was trapped on the third floor. “My mother was old and could not run or cope with all the smoke – she died in the house only,” her son, Mohammed Saeed Salmani, told Scroll. “If I had been there, perhaps I would have been able to get her up to the roof.”

A pregnant woman in Delhi is beaten by a mob – and police.

Rubina Bano, who is 3 months pregnant, told FirstPost of being caught amid the communal mobs wielding sticks and stones and police who roamed Chand Bagh and other areas in recent days. Bano was beaten by men as well as by policemen with lathis while attempting to pick up her daughter from school. She lay bleeding and unconscious for hours until a bystander found her, got her medical attention and notified her family.

A 62-year-old widow’s livelihood is torched by rioters in Delhi.

Fatima, a resident of Delhi’s Khajuri Khas, lost her livelihood when her fruit cart was set on fire during riots in the city. She also injured herself while running to put out the fire. “I was not protesting. Why should I bear the brunt? This was my livelihood. Two days ago, I had bought oranges worth ₹50,000 and so many of them are now destroyed. How will I manage funds? It’s a big loss for me,” she told The Hindu while near tears. The loss leaves her doubtful of her ability to pay for her children’s marriage or education.

A woman calls the police about mobs terrorizing her neighborhood – but the police ignore her.

In the Bhagirathi Vihar neighborhood of Delhi, when a mob of 500-600 started attacking Muslim homes in the middle of the night, Shashi called the police to report the violence – but the police gave her the brush off. “Our whole gali (lane) called the police, but the police didn’t support us at all,” Shashi told The Quint. “They kept saying, ‘call this person or that person…’ What should we do?”

A woman is physically restrained by 10 rioters while reporting on the violence.

“Protesters from both sides heckling & thrashing media persons. I was told ‘Camera band karle warna gaad denge yahin pe [Shut off your camera or I’ll bury you]’. All this while 10 men were holding me tightly from my waist & shoulders. Have never felt so scared! Camera person was pushed badly with lathis,” AajTak journalist Tanushree Pandey tweeted Monday while reporting on the ground in Northeast Delhi. Other journalists report similar threats as well as outright violence from communal mobs. Male journalists have also faced violence: Aside from those threatened and beaten, one male journalist has been shot, and one reported being threatened by a Hindu mob with the forcible removal of his pants to confirm his religion.

A protest led by Muslim women is attacked with stones.

On Sunday in Chand Bagh, a woman-led protest against NRC-CAA was pelted with stones by pro-CAA-NRC mobs. “Many sustained injuries,” Kalam Ahmed, a resident of the area, told Scroll. Ahmed said he and other male residents helped the women flee to safety. Women-led protests have been targeted for violence. The same day, BJP MP Kapil Mishra incited pro-CAA groups via Twitter “to give an answer to Jaffrabad.” Jaffrabad is the site of another, bigger woman-led protest in Delhi.

A woman ICLU lawyer is slapped by a policeman.

“A MALE cop, double my size, had the audacity to stick out his hand from the gate and hit me on my face. My other female collegues [sic], were also pushed and shoved, their phones snatched, by shameless male cops. Male colleagues were also hit. Cops thrashed lawyers for doing their job,” tweeted Mekhala Saran on Wednesday from Jagatpuri Police Station (Lakshmi Nagar), where she along with other lawyers from the Indian Civil Liberties Union were working to free people detained from the Khureji protest.

A woman packs up her family and flees her home amid riots.

“I couldn’t sleep for the whole night. I can’t risk the safety of my family and my only child as thing are worsening in the area,” Shama told Millennium Post of the violence in her neighborhood in Seelampur, where rioting escalated within minutes on Sunday night. “What if my family is caught up in the mayhem. I am leaving for my hometown. All that I could wish us is a safe journey as we are hearing bad news from the streets as well, we never expected that this would happen in the capital.” For some in the capital, homelessness is preferable to waiting for rioters to strike, and Shama is not alone in packing up her family and shifting to her hometown for safety. Women have been at the heart of protests against CAA-NRC – and are bearing the brunt of the discriminatory laws as well as the violence they’ve unleashed.

Shazia, 20 and two months pregnant, is a widow after only four months of marriage to her “doting husband,” who was killed in communal riots in Northeast Delhi. “He always used to come home for lunch to make sure I have eaten… He used to tell me, ‘Kha le Shazia, babu bhookha hai (Eat Shazia, the baby is hungry)…’” she told The Print. “Yesterday, he didn’t come, and instead news came that he has been shot.” Her husband, Shahid, was driving his autorickshaw when he was shot in the stomach Monday. “What will I do now? What will I do with this child?”