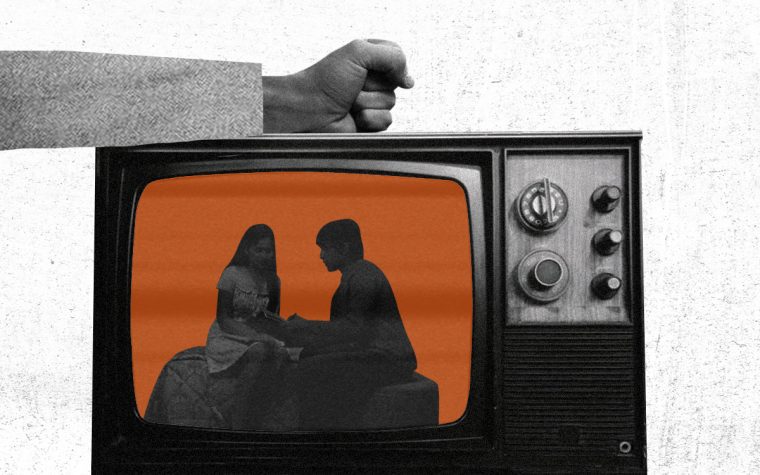 Image Credit:Istock/Hitesh Sonar for the Swaddle

Last October, FabIndia was forced to pull down its Diwali ad campaign when many Indians took offense with their usage of the term “Jashn-e-Riwaaz“; the Urdu term seemingly offended their religious sentiments. Around the same time, Dabur withdrew an ad depicting a Karwa Chauth celebration by a lesbian couple. In 2020, Tanishq, too, faced similar ire for “promoting” marital union between Hindus and Muslims.

Living in India, we’re hardly strangers to people taking offense at ads, movies, TV shows, political comics, you name it. But have we become more intolerant of late? According to the Advertising Standards Council of India (ASCI), a self-regulatory body, people registered almost 1,759 complainants against 488 ads in the three-year period between 2019 and 2021. Common themes of offense include any digression from traditions, mocking men, or any violation of the general status quo — no matter how regressive.

“We have seen an increasing trend of people taking offense. People may have been getting offended even earlier, but because of social media, a lot of these things have come to the surface… These people express what they feel, and we’re more aware of what offends people,” Manisha Kapoor, secretary-general at ASCI, told reporters.

To identify what is considered “offensive” by Indian consumers, the advertising watchdog decided to analyze the complaints and present their conclusions in a report titled, “What India Takes Offense To.” There are six themes that offend Indian audiences the most.

First are ads that mock men — like a Cars24 ad, where women were seen comparing “returnable vehicles” to their male partners; or one by Pepperfry, where a woman frustrated with housework begins throwing knives at her partner, who appears to be “chilling.” Commenting on this “trigger,” the ASCI report stated that “these complainants feel that in some way men are victims of women’s progress and that on behalf of their gender, they need to protect any further erosion of their stature or role in society.”

Speaking to the Times of India, Santosh Desai, CEO at Futurebrands Consulting, noted, “One could say that Indian men are becoming more sensitive to a certain extent but this is more about a sense of victimization, as women have become more assertive over the years.” Basically, as a result of women challenging gender stereotypes, speaking up against suppression, and putting forth narratives that threaten the status quo of “patriarchy,” endangering the privileges that male members of society are used to, there is a sense of “male victimhood” that is beginning to set in — manifesting in the form of intolerance to ads.

The Buzz Cut: A Roundup of Brands That Tried To Subvert Traditions, But Subverted Their Own Credibility Instead

Second, almost in the same vein of being unaccepting of any “change” in status quo, are compaints against ads that hurt religious sentiments — like Manyavar’s ad that tried to subvert the practice of “kanyadaan” as “kanyamaan.” Citing yet another example, the report alludes to a complaint that read, “Usage of the phrase ‘uparwaala‘ to refer to god in an ICICI business banking ad is the promotion of Islam because there is no uparwaala in Sanantan Dharma… God is everywhere.”

Similarly, ads that question “Indian culture and values” were found to spark ire. Sample these: one ad depicted an individual choosing to watch a cricket match online rather than spending time with their family, saying “Bahut hua parivaar“; one by Macho Sporto, where a female gym trainer is shown to be interested in Vicky Kaushal’s shorts, or simply, the branding on its elastic; another one by Kwality Walls, where Alia Bhatt is seen sharing an ice cream cone with a man other than her partner. Reportedly, the latter violated people’s notions of “what a traditional relationship should be and how a woman should behave.”

Fourth on the list are ads that Indians believe to be inappropriate for children. An ad for Parle’s Kismi, where a pre-teen girl is seen asking her boyfriend for a kiss was objected against for “promot[ing] child/teenage sexuality or ‘puppy love’ and physical intimacy amongst pre-adults.” Likewise, a Kia Motors ad, where a young girl is seen hitting things in her way while tossing a football around was deemed objectionable by people who were worried about the girl’s behavior “being emulated in real life.”

LiveMint reported that the trend of finding ads abusive — often, arbitrarily so — has become so commonplace that companies are beginning to involve lawyers in the ad-making process. “Legal departments of companies have started weighing in… It is just one more thing you have to navigate when making an ad. It is the nature of the beast now,” Piyush Raghani, founder and director of an ad firm whose clients include Oppo, Mac, and Country Delight, said.

Then, ads that depicted, well, the truth, were also largely disfavored for daring to do so — like Licious ads that show consumers the raw chicken that the company sells them, or Stayfree’s ads that decided to depict period blood as red, their actual color after euphemistically using blue for years.

The last category of offensive ads contains one that actually became quite popular in 2021 — the one depicting a frustrated Rahul Dravid hurling abuses while caught in traffic in an ad for Cred. It was offensive because it, apparently, “reinforce[d] socially undesirable depictions for commercial gains.”

While the growing use of social media has enabled people to express their discontent and have it acknowledged, it has also led to a trend of brands getting trolled on social media for their ads. “While in some cases, the offense is genuine and justified, in others, it is observed that some people seem to be intent on assigning a devious agenda to a particular ad where none actually exists,” the study notes.

Kapoor believes that the report may help advertisers understand consumer sentiments better — enabling them to connect with their target audiences better and be more aware of their sensitivities going forward. But the findings, and the contextual discourse, press on an urgent question: should media necessarily bend to the people’s will always?

Kapoor doesn’t think so. “In some cases, the brands may take a call to stand firmly behind their advertising, particularly when the ad represents the very core of the brand philosophy,” she says, explaining that “what offends us in advertising depends on many factors.

Echoing a similar sentiment, the report notes, “Creativity always tries to push boundaries, provoke new thinking, nudges us to see things differently. And some thoughts and depictions may seem jarring at first, not all of them are harmful. Indeed some could actually help establish more progressive and equitable narratives.”