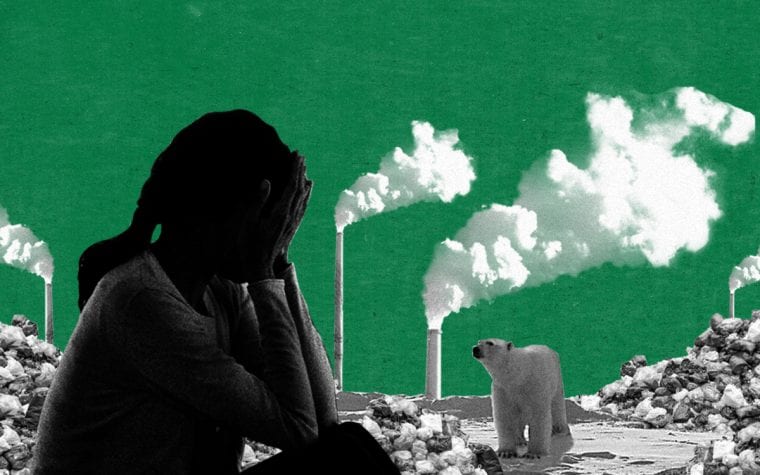 For two weeks earlier this month, a wildfire ravaged Similipal — Asia’s second-largest biosphere reserve located in Odisha — spelling devastation for tiger reserves, flora, and several Scheduled Tribes living on the fringes. Dasarath Mankdia, a 29-year-old in Odisha’s Dengam village, dejectedly noted: “With the [Similipal] wildfire, our people are in a depression. If we don’t go to the forest, how will we survive?”

He posed this question to development consultant Abhijit Mohanty in The Wire, underlining the existential despair the forest fire spells for tribal communities and their economy. Dasarath’s is a form of ‘climate grief’ also known as ‘ecological grief’ — a term coined by experts to refer to a sense of overwhelming anxiety or feeling of loss related to climate changed-related transformations in the environment. In other words, the powerful emotions of grief can be evoked in response to changes in biodiversity or ecological loss.

While Dasarath’s overwhelming despair over the Odisha forest fire can be slotted as bereavement-like grief, other emotional responses to environmental loss can be more transitional. At its simplest, ‘eco-anxiety’ is “a chronic fear of environmental doom,” the American Psychology Association stated in 2017.

Fear can freeze us, but we may not have that kind of time. In 2018, the United Nations released a report noting that the lack of “unprecedented action” to address climate change can lead to a catastrophic decline. Closer to home, studies and reports warn India is going to be one of the most-affected countries by climate disasters. The signs are all there: New Delhi was the world’s most polluted capital for the third year in a row this year, and India is home to 22 of the world’s 30 most-polluted cities. Extreme weather, flash floods, and droughts are all hinting at a menacing future. In the next 80 years, we may experience deadly heat waves and severe floods, and experts have been pushing urgent steps to reduce greenhouse gas emissions to avert associated risks to the country’s population, ecosystems and economy.

As Amy Jordan, a mother of three, told NBC News, “I want to have hope, but the reports are showing that this isn’t going to stop, so all we can do is cope.”

Eco-anxiety can work on three levels: one, it relates to a source of stress caused by “watching the slow and seemingly irrevocable impacts of climate change unfold”; two, it stems from worrying about the future for oneself, children, and later generations; and third, it is fuelled by “feelings of loss, helplessness, and frustration due to their inability to feel like they are making a difference in stopping climate change.” It relates both to changes that have already happened and changes that are coming.

Environmental grief and climate change-related mental distress can be caused by rising temperatures, loss of livelihood, doubled labor, displacement, and destruction of property, an article in The Swaddle notes.

“The entire population is being subjected to an unnamable emptiness,” Ruth H. Hopkins, a Dakota/Lakota Sioux writer, biologist, and tribal attorney, tells Vogue.

With the risks of climate disasters painted vividly in the backdrop, this is what storyteller Neelima Vallangi describes as feeling when she tries to comprehend the scale of damage: “a crippling feeling of despair, anxiety, and fear that grips from within and paralyzes you because of the helplessness [you feel due to] the overwhelming scale of both the problem and solution,” she tells Vogue.

Other accounts, from around the globe, are of people losing sleep, crying inadvertently, or actively worrying about the fate of the planet, and their lives. At the core of this is the powerlessness that, as an individual entity, there is little one can do to save the planet, and the anger at leaders and governments for not moving the needle on addressing climate crises. As we step out of lockdowns around the world, countries have registered a rise in carbon emissions, renewing concerns about pollution and rising greenhouse gases.

Climate grief is anticipatory in most cases, making it harder to make sense of loss that is yet to happen. This not only amplifies the feeling of loss, but also makes it easier to neglect, by the state and society. “It is easier to grieve concrete losses that have happened, such as the loss of a certain part of an ecosystem or community. But how does one grieve losses which are ongoing for decades?” Panu Pihkala asks in a BBC article.

While grief and mourning are crucial to helping us realize what is at stake, the needle has to move beyond dwelling on it. Jennifer Atkinson, a University of Washington professor teaching a course titled “Eco-Grief and Climate Anxiety,”  lays down steps to recover from both. Like other grief theories, the first step is to acknowledge the anxiety, anger, and helplessness that comes with it.

The next rung of the ladder is to take personal or collective action. This can involve being on the frontlines of climate activism, rallying for a range of issues such as positive fashion, comprehensive climate education, reforming carbon emission policies. Individually, people can opt for more ecologically conscious ways of life, such as switching to plant-based diets. “It is not hope that drives us into action, it’s action that drives us into hope,” Atkinson says.

Another way to cope is to normalize conversations around climate change and its impact on the loss of diversity and the landscape. The climate crisis is real and impending, but the conversation around it needs to be constant in pace and rhythm to make an impact. This also includes using pop culture discourse, such as exhibitions, literature, and movies, to place eco-anxiety in the mainstream. In 2019, singer-songwriter Ankur Tiwari released, Dhuan Dhuan, a song on the missing imagery of stars from smoggy skies of a polluted city, of burning eyes and suffocating breath, of inhaling smoke from burning crops.

Climate grief raises profound questions around loss. Pihkala captures the philosophical musings around grieving in her article: “What is truly lost, or will be? When do we grieve those losses – when they begin, or when they end?” But when it comes to ecological damage, waiting for the damage to conclude may not be a privilege we have.

Moving from anxiety to action is critical — not just for personal mental health. Identifying eco-anxiety for the mental wellbeing struggle is only half of the problem. Climate activist Greta Thunberg undergirded the urgency in a speech: “You have stolen my dreams and my childhood with your empty words.”