Can Horror Movies Have Harmful Long‑Term Effects on Kids? 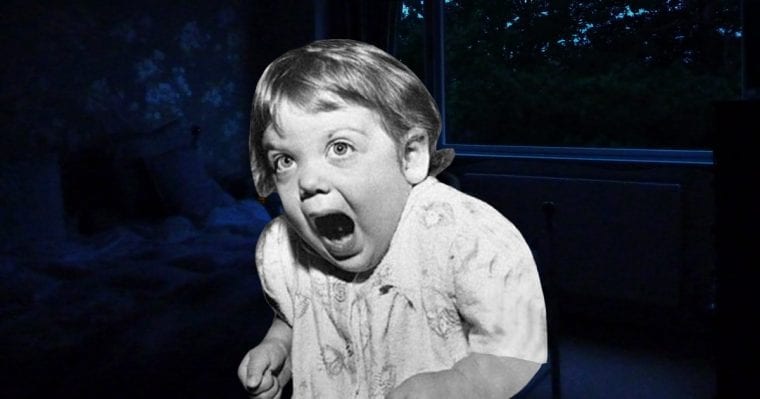 When the children’s TV series Vikram Aur Betaal aired on the Indian television network DD in the 1980s, I remember not taking a shine to Betaal, the horrid, ghostly, spirit-like character who would latch on to King Vikram and ask him riddles, which the king would need to answer correctly to stay alive.

I also remember watching the 1968 English classic Chitty-Chitty-Bang-Bang. This was a musical fantasy film meant for children, and yet I can distinctly recollect the terror my young heart felt when the Child Catcher appeared on the television screen, as he tried to sniff out and capture children.

As I grew older, I realised horror – psychological, supernatural or otherwise – was not the genre for me. The comical capers of films like Ghostbusters and Casper was where my tolerance level for horror remained.

Mumbai-based consultant psychiatrist Dr Mohit Shah says this kind of dislike of horror may be due to an individual’s highly empathetic, sensitive nature, which intensifies terror, or due to an active imagination, which leads to fear playing havoc with the mind. In my case, it was probably a combination of both.

Thankfully, my little taste of horror was through fairly harmless, child-friendly options that helped me decide whether I found the genre appealing. This was possible because American and British films offer separate categories for horror – horror movies for kids, horror for teens, and horror films that cater specifically to adults.

But Indian horror films don’t seem to offer much of a beginner’s level at all. While our censor board ensures children aren’t exposed to sex scenes, there isn’t much censure on gore, violence and horror for younger audiences. And though Indian television has made brief attempts at child-appropriate horror, there is no formal system in place to determine what is appropriate for kids, and no barriers to prevent children from programming that might be too scary for them.

Film journalist Devesh Sharma says, “Even an Indian series like the Zee Horror Show, quite popular at one time, was kind of scary for children.” Since the show aired in the 1990s, there have been a spate of Hindi horror TV shows on various Indian networks. Some involve murder in addition to elements of paranormal or psychological horror, none of which seem appropriate for young viewers. The Ssshhhh…Koi Hai series, initially aimed at children, and which aired for nearly a decade in the 2000s, involved property dispute, murder, and vengeful spirits.

“Children shouldn’t watch too much gore and violence, I suppose,” Sharma says. “I’m saying it as a parent, but as a kid, I used to sneak and watch the goriest films with my friends on VCR. So there.”

Dr Shah offers advice for parents guiding kids with similarly curious natures. “If children are interested in watching horror, their curiosity should not be curbed, but before they are exposed to the content, parents should explain the concepts of reality and fiction, and that not everything shown may be true,” he says. “They should also test the waters by showing them content they don’t consider very scary and gauge their reaction and reception of it.”

Ankita Bhonsle’s case is a prime example of what could happen if a child unwittingly ends up watching a horror film not meant for children, and therefore isn’t initially able to distinguish fact from fiction. “I saw Aliens when I was somewhere between five and eight,” she says. “Watching it led to nightmares and a fear of intruders climbing in from windows or entering through the washroom. I would even worry about something evil coming up through the washbasin.”

Bhonsle continues, “I remember drawing a smiley face on one of my pillows so that I would have a comforting, friendly face to sleep next to.” Now 27, her unease with horror hasn’t dissipated. “I still find it difficult to be alone at night or in hotel rooms,” she admits. “[Horror] plays with your mind.”

Dr Shah, who is associated with Unlimited Potentialities, a comprehensive mental health care clinic in Mumbai, explains, “Children are impressionable. Those who watch horror can experience anxiety, fear, sleep disturbance, bedwetting and may become unable to sleep alone. It is the parents’ discretion, whether to expose their children to this genre or not, depending on whether their children will be able to handle the content shown.”

He recommends children below 18 avoid watching horror, to prevent the potential for any lingering fears or phobias. But he goes on to add, “This damage can be prevented if parents are able to talk to their child and explain the difference between reality and fiction at the earliest.”

Dr Shah assures that watching horror films too early cannot be the sole cause for issues like anxiety or insomnia. “[These are] complex disorders with a lot of contributing factors being responsible for [them],” he explains.

And while Bhonsle’s experience with horror was unpleasant, hers is not the only reaction children have to the genre. Take Sharma, who enjoyed gore as a child. Or horror enthusiast Milind Desai, who recounts his brother’s and his early fascination with the genre. “We started when I was around 10 and my brother was around 8. We saw Veerana on VHS and were thrilled. We saw Kabrastan next and were even more thrilled. My brother even insisted our dad take him to a graveyard so he could see ghosts. He was disappointed at not finding any.”

Despite the Desai brothers’ fascination for horror, they did, understandably, find both movies (released in 1988) disturbing as children. After all, Veerana involves spirits, witches, and dead bodies. And Kabrastan’s plot contains an illegitimate affair, the murder of the betrayed husband, and the victim’s ghost avenging his killers.

“We became afraid of the dark, of sleeping alone, etc,” Desai recalls. “But that didn’t stop us from watching more.” He adds, “The thrills, the suspense, they give you a nice high.” This thrill-seeking continued into adulthood. These days, the Desai brothers are adrenaline-junkies. In fact, the two have also gone on ghost tours across Europe, as adults, for their fix of thrills.

Desai, now the parent of a 3-year-old, thinks his son seems to be following in his footsteps. “He has begun watching [YouTube] videos of witches and vampires as well. These are meant for children, so it’s not horror as such. But he can watch what he wants. I don’t censor.”

However, Desai adds, “Once, I showed Michael Jackson’s Thriller [1983] video to my nephew. He got so scared that if you mentioned the name Michael Jackson, he would start to cry.” His now-8-year-old nephew has recovered from the initial scare, and isn’t fazed by MJ anymore.

As Bollywood’s interest in horror seems to have increased this millennium, with a handful of horror films releasing every year, compared to the handful that were released over the span of a decade previously, it seems necessary for parents to monitor the movies their kids are exposed to.

Globally, Japanese horror films, aka J-horror, are arguably the most evolved films of the genre, and many have been remade by Hollywood – such as The Ring and The Grudge. While these certainly aren’t child-friendly films, some Japanese horror franchises have created video games and comic books based on their films, to include the younger demographic. And interestingly, Japanese folklore, often told to children, is immersed in ghosts.

But why would a culture use horror to pass down its heritage? Because horror is often about good pitted against evil, with the wicked eventually being vanquished. Dr Shah explains that children find tales of good triumphing evil enjoyable. And while some youngsters might enjoy reading, listening to or witnessing the triumph of a hero who beats the odds, others, like the thrill-seeking Desai brothers, might enjoy the suspense and the stimulating adrenaline rush of the experience.

“Knowing that ‘this is not happening to me’ [also] tends to make the experience a fun one,” Dr Shah adds.

Besides horror in cinemas, on television, in video games and comic books, the genre is also popular in novel form. Bibliophile Fayeza Hafizee says, “I have read a lot of Stephen King. Trust me, the imagination can make books scarier than any movie.”

“While reading It [1986] as a teenager, I couldn’t sleep till the sun rose, during the 12-13 days I was reading the book. But I couldn’t stop reading either,” she continues. Although reading the book was a frightening experience, Hafizee got over it and was back to her regular sleep pattern after a few days.

But there may still have been of long-term effects of horror for Hafizee: “Clowns were never the same again! I’m not scared of them, but still….” Hafizee hasn’t voluntarily read or watched horror since.

Although young viewers of horror tend not to experience long-term mental health effects, the imagination is a powerful tool, and seems to be the recurring reason for the disquiet that readers and viewers of horror feel. In Bhonsle’s case, it hasn’t let her sleep easily when alone or in a new environment.

In Desai’s case, it’s led to him to believe in the paranormal. “No one believes me, but on a couple of occasions, while I was sleeping, I felt my neck being strangled. Many times, I’ve seen dark shadows, like smoky black things. I don’t know whether it was a hallucination or things playing on my mind. I may have been tired as well. But one never knows….”

For me, this is spook — I mean, proof — enough that I made the right decision by avoiding horror as a child. However, budding fans should be allowed to have a safe gateway for their thrills, and hopefully Bollywood will begin to cater to this younger demographic of horror fans in a child-appropriate manner. But I’ll stick to watching Ellen DeGeneres scare her celebrity guests on her talk show whenever I want a stimulating pump of adrenaline.