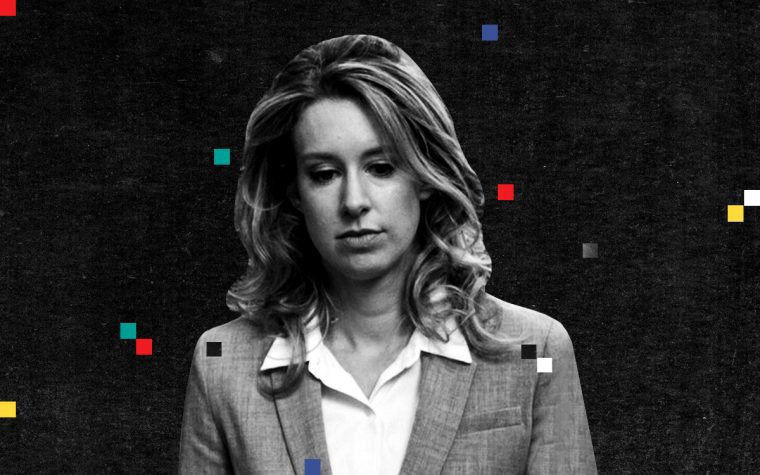 Elizabeth Holmes, the disgraced Silicon Valley darling whose start-up Theranos claimed to “revolutionize” the health industry, has been convicted of fraud. This is because Theranos’ main product — a device that claimed to be able to detect a multitude of diseases with just a few drops of blood — does not work. It never did, but that didn’t stop investors from pouring in millions of dollars into the start-up.

Many patients — including those with cancer — say that they were misdiagnosed or undiagnosed on account of Theranos’ false promises. After a six-month-long trial in California, which is being called a ‘landmark’ one, Holmes was finally convicted of defrauding investors on four counts, each of which carry a maximum sentence of 20 years in prison.

But the trial does more than bring Holmes to justice, it also vindicates the idea that tech icons have problematic, borderline dangerous personality cults that embolden the Elizabeth Holmeses of the world to try and get away with major scams that adversely impact society.

For one, Theranos’ tech always seemed too good to be true. Added to that was the fact that Holmes founded it as a teenager, having dropped out from Stanford — and not even from a discipline that is slightly relevant to biotechnology. Armed with a wardrobe full of basics and black turtlenecks, Holmes modelled her image around tech giants such as Steve Jobs and Bill Gates.

It appeared that nobody really checked the technology she was selling at the time; it wouldn’t be a stretch to say that her meteoric rise to “Silicon Valley darling”-status is arguably based entirely on… well, vibes. The media’s treatment of tech gurus ascribed the world of tech with a particular flavor — one that is sleek/slick and minimalist to look at, and which sounds futuristic to listen to.

As a culture, we have become so used to lionizing people who claim to “revolutionize” anything that very little attention is paid to the details. At Theranos, the details was where the devil resided. “…in Silicon Valley, many believe that Theranos — far from being an aberration — speaks of systemic problems with start-up culture,” The BBC notes, about the scandal.

It isn’t just how individuals model themselves, but what they promise to do, that the Holmes conviction holds up to greater scrutiny. A deluge of “unicorn” start-ups now crowd the market, all of which offer services that are almost too good, or which society doesn’t really need. Recently, two teenagers from Mumbai dropped out of Stanford (big surprise) to create their own start-up — resulting in a company called ‘Zepto’ whose unique selling point is that it will deliver groceries to anyone in under 10 minutes. The company predictably received millions in venture capital, turning the duo into yet another overnight tech success — with nobody ever stopping to ask why millions of people would suddenly need their groceries at their doorstep in under 10 minutes.

“Zepto is a company started by bros, to solve a problem that bros face, marketed at bros in bro locations with bro testimonials, funded by the most bro investors. It’s a bro-cery start-up,” The Ken notes. Holmes may not technically be a bro, in that she is a woman — nonetheless, she is one of the bros, who had a bro solution indeed (you’ve heard of girlboss — now get ready for girlbro).

Holmes even deepened her voice to complete the avatar. “This whole [Holmes] situation, the image manipulation, dressing like Steve Jobs, trying to sound a particular way — it sounds like an awful lot went into facade,” Jillian O’Connor, an assistant professor of psychology at Concordia University, told The Cut.

Over time, Silicon Valley tech gurus became mythic figures. They appear serene and sage, dripping in monochrome and minimalism, speaking profound wisdom and enrapturing the development-obsessed public with “disruptive” technology. Exactly what it would disrupt, whom, and why, are left unaddressed because by a certain point, when the person becomes the brand, and audiences are sold already. It appears implausible that anyone other than those who follow this exact playbook will be able to raise millions of dollars in investments — and as part of the public, we are complicit.

Fawning media coverage, Forbes and Fortune magazine listings, and TED talks all prime society to take people with “big ideas” incredibly seriously, while taking the depth of their purpoted knowledge for granted. But there is also another myth at play — the young prodigious genius, who can afford to drop out of prestige schools to change the world.

“It’s baked in to the culture… If you are a young start-up in development – with a barely existent product – a certain amount of swagger and hustle is expected and encouraged” Margaret O’Mara, author of The Code: Silicon Valley and the Remaking of America, told BBC. The “fake it until you make it” mantra is what makes the line between actual innovation and Ponzi schemes so thin. All of this made the conditions ripe for nobody with any expertise in health or diagnostics to think up and invest in a diagnostics start-up like Theranos.

“Theranos was an early warning of a cultural shift in Silicon Valley that has allowed promoters and scoundrels to prosper,” tech venture capitalist Roger McNamee said.

Underlying all this is the ideology of the idea. In a capitalist, exceedingly fast-paced and globalized world, an idea can be rather valuable. So valuable and oozing with potential riches to extract from it, that they are fiercely guarded. Most importantly, ideas strictly “belong” to individuals — literally, they are intellectual “property”. And the consequences of guarding ideas like precious bounty are stark in a pandemic context, where vaccine patents keep the developing world from accessing life-saving tech. Theranos being allowed to guard its “technology” for so long, too, allowed the fraud to remain hidden.

In a society where ideas aren’t shared and the vision is individual prosperity and social clout rather than community advancement, innovation always runs the risk of the Elizabeth Holmeses of the world showing up and doing exactly what the culture allows many others to get away with. Fortunately, at last, one has been held to account — and it remains to be seen how the rest of Silicon Valley and its icons will respond to this existential reckoning.