Left Out In The Cold 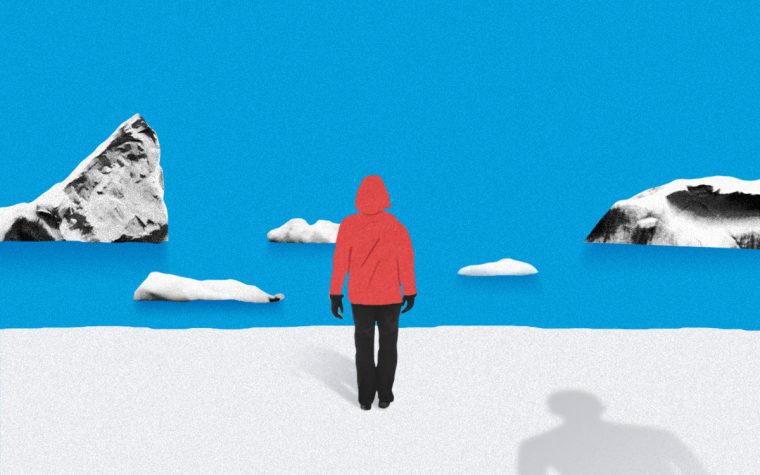 “I can’t in good conscience encourage more women to come down here as it is right now.”

These were the words of an anonymous interviewee from Antarctica. Earlier this month, a report on the US Antarctic Research Program (USAP) revealed some damning evidence about safety within the community. 72% of the women in the program stated that sexual harassment is a pervasive issue. The report, commissioned by the National Science Foundation (NSF) and conducted by an external firm, covered all scientists and support staff involved in the program, Science reported.

Sexual assault and harassment are routine in Antarctica — as much a part of the landscape as the ice and the cold. A woman told NPR that on her first day at the station, she was told to avoid a certain building “unless [she] wanted to be raped.” Another woman regularly carried around a hammer. The revelations speak to the urgency of considering science fieldwork — especially where it takes people to remote places — as a unique form of work that requires tailor-made accountability measures.

The report, then, may be a shock to the rest of the world but came as no surprise to those familiar with the landscape. Employees responded to the report, stating that the NSF had commissioned similar reports before — but employees’ concerns remain ignored or worse, punished. “Who actually investigates sexual assault — and how — is murky,” Science further observed. A culture of impunity and retaliation against survivors who speak up led to the formation of a group called Ice Allies, which consists of all USAP employees like researchers, healthcare professionals, cooks, and other service staff. Many have reportedly put their careers on the line, with some having left the continent after years of dedicating their lives to it.

A study by Meredith Nash and Hanne Nielsen, researchers from the University of Tasmania, looked into a culture of sexual harassment in the Antarctic — noting that the landscape itself has been constructed as fundamentally masculine. This makes it hostile to polar science researchers, half of whom are women today. 19th and 20th-century expeditions were suffused with a narrative of courage and machismo: “These men and their teams pitted themselves against the inhospitable climate as they raced for priority of geographic firsts (the Geographic South Pole, the South Magnetic Pole) and to gain new scientific insights… US writer Sara Wheeler (1996, 1) describes her initial perception of Antarctica as a ‘testing ground for men with frozen beards to see how dead they could get,'” the researchers observe. Early writings on the continent, moreover, framed Antarctica as a virgin woman, awaiting resourceful men to claim, master, and penetrate “her” — these narratives were the essence of an age now known as the “Heroic Era.”

“Given the historical framing of Antarctica as a remote, feminized landscape, and canvas for masculine feats of endurance, it is unsurprising that women were long denied access to the continent,” the authors further stated, adding that administrators denied access to women on grounds that they wouldn’t be able to predict human sexual behavior in such remote, hostile conditions. In addition, there’s the issue of jurisdiction and sovereignty that further ties gender into the continent’s social construction: some countries like Argentina and Chile sent pregnant women to give birth in Antarctica to strengthen their territorial claim over their respective bases.

There’s an inherent sexism to how Antarctica as a landmass itself is perceived — and this has consequences for how women experience the continent today, despite research bases resembling regular workplaces in the rest of the world. As one of the last remaining masculine strongholds, researchers posit that “harassment may also be understood as a performative reinstatement of power by men, whose last bastion of masculinity was threatened by the introduction of women.”

On the other side of the world, a similar instance of sexism alluded to deeper, more disturbing problems with scientific expeditions in remote parts of the world. A report on the sexist dress code policy aboard an Arctic expedition led to revelations of sexual harassment on the ship. “She did not say, ‘We are concerned that the men on board this ship will harass you if you dress a certain way,’ but she pointed out repeatedly there were a lot of men aboard this ship,” said Chelsea Harvey, a journalist who broke the story, about how the dress code was communicated to her.

Sexual harassment in scientific fieldwork remains a problem that isn’t addressed as robustly as it should be — remaining shrouded in secrecy for fear of losing hard-won access to the field itself. According to a PLOS One study, most women, especially trainees, report being sexually harassed by senior team members. Another report by the International Labor Organization (ILO) noted the challenges women seafarers face — with sexual harassment being prominent among them. With seafarers or marine researchers, in particular, the question of accountability is challenging. Whose jurisdiction is at play in the open sea? “… enforcement of laws and policies in these matters is weak in view of the (potentially) different laws to which social aspects on board might be submitted,” notes one study on the issue, adding that there’s the “perennial question of which legal jurisdiction is responsible for ensuring a work environment free from discrimination.”

Even space isn’t a final frontier when it comes to workplaces susceptible to sexual harassment. “Judith Lapierre is one such astronaut who, in 1999 was sexually harassed by a colleague in a space station living simulation. Nonetheless, the event points to the plausibility of similar incidents occurring in an actual space station,” The Swaddle noted earlier, about the laws governing space crimes.

With science having been constructed as inherently masculine, marginalized genders are left out of knowledge building — or, through violence and harassment, are kept out. It’s not just the law that’s lagging behind in understanding the unique challenges, but the discourse around science itself. Many have pointed out the inherent sexism and colonial mindsets behind white male adventurers venturing into corners of the Earth — and beyond — that remain relatively ungoverned.

Science, then, is not value-neutral and contrary to the dominant perception, doesn’t just deal with “cold hard facts.” If the Antarctic experience is anything to go by — the coldness is in the violence that the “outsiders” face.

antarctica | exclusion | gender | Left Out In The Cold | science