How Much Is Too Much

Everything You Need to Know About Obsessive‑Compulsive Disorder 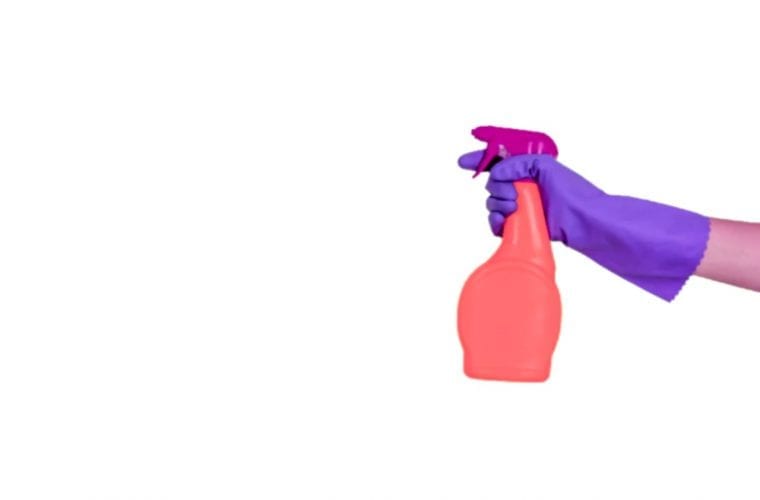 It’s not uncommon for people to make jokes about an odd, particular quirk or pet peeve by saying, “I’m just OCD about that.” But when does a character trait determined by one’s penchant to be particular cross the line into an anxiety disorder characterized by obsession and compulsion?

The American Psychological Association (APA) defines obsessive-compulsive disorder (OCD) as a disorder in which “people have recurring, unwanted thoughts, ideas or sensations (obsessions) that make them feel driven to do something repetitively (compulsions).”

Per the APA, as long as repetitive behaviors — for example, cleaning, or washing — are not interfering with daily life, the person doesn’t have OCD. Behaviors like these are actions that stem from isolated thoughts, that add structure to a person’s life, and that make other tasks easier.

For people with OCD, the thoughts behind such behaviors and actions are persistent. “Unwanted routines and behaviors are rigid, and not doing them causes great distress,” according to the APA.

It is common for someone with OCD to spend at least an hour a day on thoughts regarding their obsessions or compulsions. They are unable to control the amount of time they spend on these thoughts, even though they recognize their thoughts and behaviors as excessive. Doing the tasks they are obsessed with, such as cleaning or washing their hands, only provides them with brief relief from the anxiety the thoughts cause; they don’t derive pleasure from the tasks, nor are they able to forget it.

What are the symptoms of OCD?

The National Institute of Mental Health (NIMH) states people with OCD might have symptoms of obsessions, of compulsions, or of both. Per the American Psychiatric Association (APA) obsessions are “recurrent and persistent thoughts, impulses, or images that cause distressing emotions such as anxiety or disgust.” Obsessions often lead to compulsions, which are, “repetitive behaviors or mental acts that a person feels driven to perform….”

Common symptoms of obsessions include: fear of germs or contamination, and thoughts about self-harm. Obsession with symmetry is also quite common.

Depending on the obsession(s) someone experiencing compulsions may repetitively wash their hands, clean or (re)arranging things in an orderly way, check and double-check things, such as whether the door is locked, and/or count items.

In some cases, physical tics may also be associated with OCD. “Motor tics are sudden, brief, repetitive movements, such as eye blinking and other eye movements, facial grimacing, shoulder shrugging, and head or shoulder jerking,” the NIMH describes. Clearing of the throat, sniffing, or grunting are also common tics.

Who is at risk of OCD?

Adults, adolescents, and children can all develop OCD. Per NIMH, most people get diagnosed by 19, with an earlier age of onset in boys than in girls. Most people with OCD will receive a diagnosis by age 35.

The causes of OCD are unknown, but risk factors include genetics, differences in the structure and function of the brain’s frontal cortex, and one’s environment. NIMH states when immediate relatives (parents and/or siblings) have OCD, then their children/ siblings may be at a higher risk of developing OCD, too. The risk is higher if the relative who has OCD developed it when they were children or teenagers. Research is still underway regarding how genetics plays a role in causing OCD.

Research also suggests an association between childhood trauma and the development of OCD, but without much clarity on to what degree or how.

How does one get diagnosed with OCD?

Usually, a doctor would conduct a physical exam and blood tests to ensure nothing else is causing the symptoms. After a talk about the patient’s feelings, thoughts, and habits, doctors may be able to diagnose OCD.

OCD is not completely curable, but with various forms of treatments, including medication, psychotherapy, or a combination of both, symptoms may become manageable and ease over time.

NIMH states that those who have OCD may also have other mental health issues such as anxiety, depression, and/or body dysmorphic disorder. Therefore, it becomes important to consider these before deciding the route of treatment one takes.

While medication may include psychiatric and antipsychotic drugs, psychotherapy includes cognitive-behavioral therapy (CBT), a type of therapy aimed at changing thinking patterns; per the NIMH, CBT can be as effective as medication for certain individuals with OCD. In a type of CBT called exposure and response prevention, the doctor will suggest putting patients in a situation designed to trigger anxiety or compulsions in order to help them control their OCD thoughts or actions.

“If you think you have OCD, talk to your doctor about your symptoms. If left untreated, OCD can interfere in all aspects of life,” NIMH adds.

How Much Is Too Much | mental health | obsessive compulsive disorder