Female Sterilization Is the Most Common Contraceptive as Few Men Use Condoms: NFHS 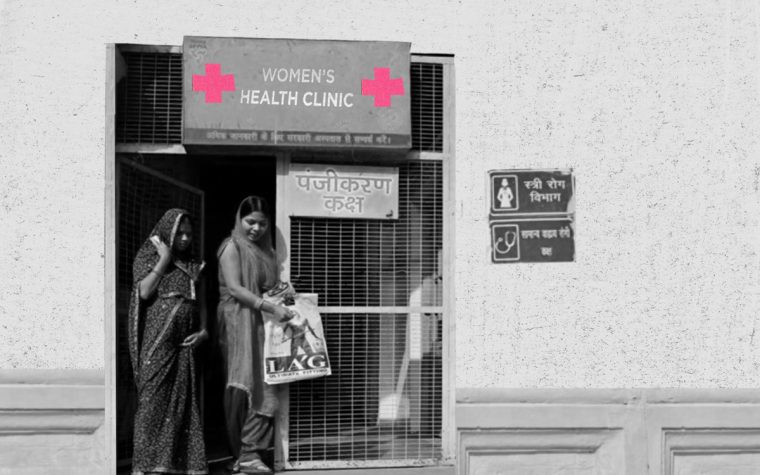 In India, the rate of female sterilization as a means of contraception has become a litmus test of reproductive justice. The contraceptive choice isn’t just popular in India, but it has swiftly increased over the last two years across some parts of the country, according to data released last week. The findings also point to a jarring fact: only one in 10 men prefers to use a condom.

Data shows most men were aware that consistent use of condoms can reduce the chance of getting HIV/AIDS — still, one in ten choose not to wear one. In 23 of the 36 regions for which data was collected, condom use amounted to less than 10%. This is not due to a lack of awareness: the NFHS-4 showed 97.9% of sexually active men in India know the importance of using condoms. Even this time around, data showed 82% of men were aware of the functional use. Yet, use remains low in both urban and rural areas; previous studies have shown the lack of sexual satisfaction, lack of comfort, the stigma of purchasing condoms at stores as possible reasons.

While the share of men wearing a condom increased from 2015-16 to now, the survey showed, there was a simultaneous increase in the number of female sterilizations. Moreover, “the declining rate of population growth in the state has been achieved at the cost of women,” as The Federal put it, referring to a fall in the total fertility level. “These findings bust the population-explosion myth and show that India must steer away from coercive measures of population control,” the NGO Population Foundation of India said in a press release. But “while the increase in the use of modern contraceptive methods is heartening, an increase in female sterilization coupled with continued stagnation in male sterilization uptake shows that the onus of family planning still lies with women.”

The lack of male involvement in family planning can be attributed to a number of reasons. One, which is quite instinctive, is the sense of entitlement that comes with thinking only women are responsible for not getting pregnant. As many as 40% of men agreed with this notion in the NFHS-4 survey. In 2019, a study published in the International Journal of Community Medicine and Public Health found men continue to exclude themselves from family planning responsibility; the rate of male contraception method use remain constant and abysmally low in 10 years.

Two, is the public messaging around male reproductive options. The association of condom usage with mitigating chances of HIV/AIDS comes across as a confusing message for married couples, according to a study. Moreover, it is the rampant misinformation around the male sterilization procedure that furthers the gap. Concerns about weak physical health, becoming infertile, or any other long-term complication makes male sterilization a seldom taken choice. Some of it may be due to the Indian government’s aggressive promotion of male sterilization in the 1970s.

“Male sterilization’s share in family planning methods has always been extremely low, despite the fact that it’s safer, quicker, and easier,” Poonam Muttreja, founder of Population Foundation of India, told The Hindu. “These are myths and misconceptions that need to be addressed.”

India, today, performs the most sterilizations in the world. It is also female sterilization that has always occupied a bigger portion despite it being the more dangerous procedure; tubal ligations, even when performed in hygienic circumstances, are more invasive and riskier than a vasectomy, research shows.

“Overuse of female sterilization has been adversely impacting women’s health for a while now,” Muttreja tells The Swaddle. “Often, this is caused by the poor quality of care in India’s public-health system, which lacks regard for women’s dignity and ethical norms.” The 2014 Bilaspur tragedy, where around 15 women died after they were administered mishandled sterilizations, still hangs heavy in the public consciousness. “Such sterilization camps, where the quality of care is terrible, are still prevalent,” she says.

Concerns with rising female sterilizations are also ethical in nature. “Compared with other types of contraceptives, it is easier to implement without a woman’s full consent or understanding. A woman must follow instructions to use methods like the condom or the pill,” Pulitzer Center noted. “But once a woman is sterilized, her participation in controlling her fertility is over. Governments have abused this.”

Moreover, female sterilization was also the preferred choice of contraception over other reversible methods such as pills and intra-uterine devices. This is also true for countries in the rest of Asia and Latin America, where access to pills is relatively less common. Even for women who opt for emergency pills, the long-term and short-term complications pile up.

“Apart from disrupting people’s cycles, emergency contraceptive pills can lead one to experience abdominal pain, fatigue, headaches, breast tenderness, and vaginal spotting or bleeding – side-effects that people often either don’t know of or don’t prepare for,” Devrupa Rakshit wrote in The Swaddle. “The lack of education about sex and the different contraceptive methods in India often means people are not making an informed choice to take morning-after pills.”

The misinformation around male contraceptives, as a result, works to exacerbate prejudice around gender roles. Even impractical family planning methods, that focused on marketing tricks such as toys and calendars, did little to debunk the myths around contraceptive use.

That family planning is a women’s issue is an erroneous notion. Lack of awareness, misinformation, and patriarchy have for long worked as a triad to reinforce this idea. But it remains telling of a nation’s stance on reproductive justice, and by extension, women’s role in its society.

As Soja Subhagar wrote in The Swaddle: the trend “shed[s] light on the impediments to women’s decision-making power when they negotiate the terms of their reproductive freedom within the bounds of gender subordination, cultural familiarity, and circumscribed choices.”