Something Fishy in the Water 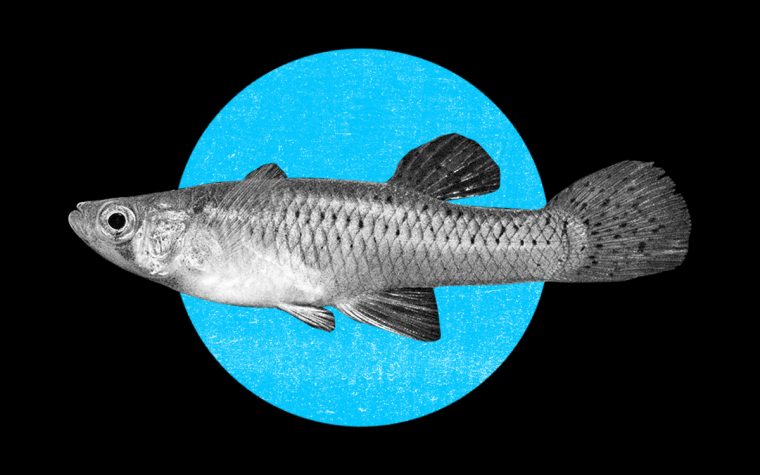 The Gambusia fish, more popularly known as the mosquitofish, is a fish that eats mosquito larvae, as the name suggests. In recent years, governments have enlisted the species to tackle dengue outbreaks by releasing them into local water bodies.

The city of Firozabad in Uttar Pradesh which has seen an uptick in fatal dengue infections in the past fortnight is the latest to adopt the measure to manage the outbreak. The district administration is releasing 25,000 of the fish into ponds and rural areas of the district. Chief Medical Officer (CMO) Dinesh Kumar Premi told PTI that the strategy to curb the spread of the disease was previously used successfully in Bareilly and Baduan districts.

The strategy is an example of biological control measures that are used to control the spread of an invasive pest species by introducing a natural predator into the environment.

Previously, the Public Health Department in Tiruchirapalli employed the same measures to curb the growth of mosquito populations. P. Revathi, the District Medical Officer, told The Hindu that there is a misconception that dengue only spreads through dirty water. During mosquito fogging, however, the insects seek out dark and humid places like wells and standing rainwater to breed. Introducing Gambusia, which can consume up to 150 larvae a day, can keep this in check; Revathi also claimed that the measure drastically brought down fever incidences in the district.

In the absence of vaccines for dengue, the only effective way to control the disease is to control the population of mosquitos, which act as vectors for the virus. Besides measures such as controlling the prevalence of open containers of standing water, mosquitofish are one among other organisms — such as dragonflies and aquatic turtles — that are effective in doing so. Copepods are another species of fish that, when introduced in large water-storage tanks, were successful in limiting the spread of dengue in Vietnam.

On the other hand, many researchers have noted that biological control involving mosquitofish may actually be harmful in the long run. Although they have been used to control mosquito populations in many parts of the world, Gambusia are invasive “generalist feeders”, which means that they can feed on many non-targets and threaten rare fish populations and invertebrate species. As a result, the World Health Organization does not recommend their use in mosquito control programs, concluding that the negative effects outweigh the positive.

“Biological control introductions carry a level of risk that other control methods do not carry simply because the agents are alive: they can disperse far from the areas where they are intended to control pests, and they can, at least in principle, evolve to use new plant or host species,” a 2017 study noted on the subject.

Against the backdrop of climate change, there is a dire need for more sustainable mosquito control measures in the long run, and not just during outbreaks. A recent Lancet study found that if greenhouse emissions are not controlled, around 8 billion people could be at risk of dengue and malaria by 2080. A rise in temperatures could lengthen transmission seasons by four months for dengue, according to the research.
Nonetheless, while the mosquitofish measure may not be recommended for the long-term control of mosquitoes, it does seem to be necessary for the short run — given the steadily mounting death toll in Firozabad. Finding the balance between control measures to tackle the threat of dengue to humans and to not disrupt ecosystems seems to be the key need of the hour.