Stuck In a Loop 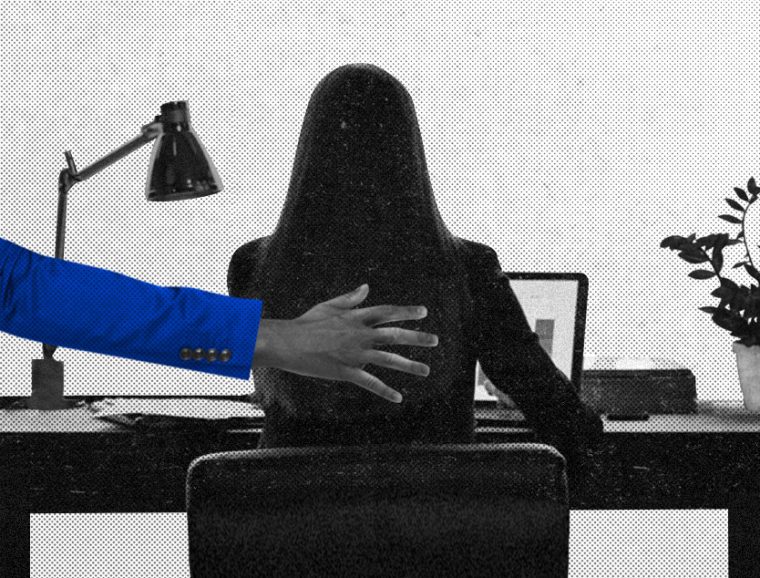 “What will happen if this goes on for another four-five years? Will I be working? Can I travel for court hearings if I lose my job? Will I be able to pay my legal fees? Will my parents still be alive?”

Revathi’s* three-year battle for justice shows no signs of ending, threatening to break her resolve. Following the journey of her complaint, from its inception within a powerful IT firm all the way to her appeal in court, is illuminative of how easily her story could have been buried.

Revathi is an employee of a Chennai branch of Tata Consultancy Services (TCS) and is, by many accounts, one of only a handful of women in the country to appeal to set aside her company’s Internal Complaints Committee (ICC) report in the Kancheepuram District Labor Court — a result that would set a precedent for women all over the country whose ICC inquiries were as unfair as hers reportedly was.

An ICC is constituted at workplaces to adjudicate complaints of sexual harassment, formed under the Prevention of Sexual Harassment (Prohibition, Prevention, and Redressal) Act, 2013 (hereafter called PoSH) — a landmark piece of legislation that sought to create a parallel judicial mechanism to make justice more accessible for working women.

But, its implementation rarely works that way.

In 2018, Revathi was allegedly sexually harassed by her manager while overseas. Her ICC inquiry was in the manner of a “CBI inquiry,” as she puts it, including strong-arming and intimidation. The process tried to frame her complaint as false —  her complaint was dismissed.

Revathi’s case is symptomatic of a larger problem within the IT industry. Though the law is encompassing in theory, IT firms in particular present a catch-22 situation. According to IT employee unions, they present themselves as “women-friendly” workplaces and boast enviable gender diversity statistics. The problem, however, is just that: their reputation as the sector with the largest representation of women means that anything that could sully that image is often suppressed, and their own policies are circumvented in the process. Further, each company’s considerable size means that their redressal mechanisms are an impossible labyrinth with little oversight.

The IT boom in India in the 1990s made well-paying white-collar jobs accessible to millions of people from small towns. IT jobs are widely perceived as “safe” and socially acceptable for women, writes Namrata Gupta, a sociologist on women in science and engineering. For many, it continues to represent upward mobility, respectability, and “settled” life. This is what makes the stakes high for women who face harassment — often, the choice is to either complain and risk their jobs, or to keep their silence.

Hundreds — if not thousands — of women, therefore, don’t make it to Revathi’s stage, not for a lack of trying or fortitude, but because of the enormous bureaucratic machinery that is activated the moment a complaint is made.

“Every step is an obstacle. If one overcomes [lack of self-confidence] and files complaint, the entire leadership makes you the target of harassment instead of resolving the issue… until [you] resign voluntarily,” says Kavya*, an employee of another large IT company. Complaints are made behind closed doors, as feminist philosopher Sara Ahmed notes, but everywhere the maze is constituted of doors closed to complaint.

The problem is in the internal mechanics at play within companies. PoSH policies are rarely survivor-centric and are drafted without consultation with mid-level employees, where women are represented the most. “Larger organizations will always be more difficult to navigate because the hierarchy makes it more complicated. By the time survivors become aware of their options, it may be too late,” explains Pallavi Pareek, founder of Ungender Legal Advisory, while outlining the various bottlenecks that women face.

In a typical complaint, the very first obstacle is a lack of awareness about when to complain. The PoSH Act mandates that complaints should be made within 90 days of the incident. A significant number of complaints thus hit the first closed door.

The next is how to complain, and workplace hierarchies make it harder to ask. More often than not, complaints are taken to managers or Human Resources, who would not have been trained to respond appropriately. As the first point of contact, the lack of sensitization is often the second door.

The lack of proper documentation or materials from an ICC’s proceedings is shrouded in secrecy, making it much harder to appeal the verdict.

An ICC, as a type of civil court, should thus be impartial, unbiased, and trained in the principles of natural justice, notes Rutuja Shinde, a human rights lawyer, and a PoSH compliance advisor. However, lackadaisical compliance and a dearth of empathy for survivors mean that they can not only be unfair, but can end up hurting survivors even more.

Take, for example, how Revathi’s ICC report called her “hysterical” for breaking down during the inquiry — an incident that only occurred after a committee member told her that she wasn’t showing the requisite emotion for the case. She tells me that she had sought counseling beforehand to keep her resolve during the inquiry, to specifically avoid breaking down. “If I don’t cry, they say that the emotions don’t reflect the case; if I do cry, they say I’m hysterical. Either way, it’s a trap,” she says, explaining how inquiries should understand the difficulty of reliving what happened.

Finally, there is a lack of awareness about the options complainants have during the inquiry process and after. But even when these are rightfully demanded, women are punished for even asking. There is no oversight if, for instance, women are terminated from their jobs or are overlooked in promotions as a result of their complaint.

In Revathi’s case, too, none of the procedural elements or her rights were explained to her. Keeping the process as obscure and intimidating as possible was calculated, according to her: “Only companies which have already taken a stand to shut down the victim before the inquiry starts to use these tactics,” she says.

For those who receive an ICC verdict after an unfair inquiry, or whose report’s orders are not implemented, the option to appeal in an appellate body exists. Here, more obstacles present themselves: the foremost of which is the legalese which complainants often have to parse through all alone.

Workplaces not complying with the law thus defeats the purpose of the law itself, explains Rutuja Shinde.  “The job of the person who wants to appeal is now more difficult — not only do you have to prove your case but you also have to prove that the ICC was wrong,” she adds.

The lack of monitoring of how well companies comply with the PoSH Act and whether proper redressal is meted out in another key issue.

Meanwhile, the physical, mental, and professional fallout through it all make the costs of complaining too high. In many instances when survivors drop their cases, their reasons extend beyond internal obstacles: their husbands or families may prevent them from pursuing their cases, creating a double bind.

A collective effort and voice are thus vital, according to the IT employee unions that helped Revathi. Without that, survivors are often kept isolated; and this is even more true of large multinational industries like IT. The combined effort of lawyers, activists, and unionists working together on Revathi’s case made sure it received attention and could be used to encourage more women to complain.

Moreover, IT companies can afford to simply shut out public scrutiny and remain relatively unaffected, Bharati Thirunavukkarasu, an IT employee and trade unionist, observes. The lack of channels for dialogue makes it difficult for employee unions to lobby with them to hold them accountable. This, and the fact that sexual harassment is difficult to talk about also makes it a challenge for unions to organize around.

“Most corporates are anti-union — they don’t want any issue to be represented collectively, every issue has to be represented as an individual. This is the normal understanding of any private entity,” Bharanidharan, president of the Union for IT Employees (UNITE), offers.

Some argue that the PoSH Act itself reinforces this. Maya John, a professor of history from the University of Delhi argues that the Act and consequently, the ICC mechanism designates sexual harassment as a civil offense, individualizing the problem as between two private parties rather than a larger systemic issue. It thus distances unions and institutes the employer as a “quasi-state” by giving them adjudicating power, and, paradoxically, puts the onus of protecting employee rights on employers.

The difficulty of lobbying with private entities thus means that most unions direct their efforts towards public policymakers. Recognizing that the issue is structural, unions seek the ear of parliamentarians to push for accountability. But this is where the other shoe drops.

“The regime now is totally against employees and any kind of pro-labor issues… and sexual harassment in the workplace is a labor issue too,” Bharanidharan notes. Reportedly, neither the Ministry of Labor nor the Ministry of Women and Child Development took their demands for discussion in the Parliament. They also did not respond to memorandums and statements that unions issued regarding workplace sexual harassment.

Still, unionists are hopeful that a stronger collective struggle will bring about change. This is why many have their eye on Revathi’s ongoing case in the labor court. “If she wins the case, it will be pathbreaking for many women to challenge their cases in open court,” they say.

Peeling back the layers involved in a typical complaint in IT firms thus reveals the individual, institutional, and socio-political stakes of fighting sexual harassment, and women actually using laws meant to remove these structural barriers in the first place.

For Revathi, the journey has all but exhausted her. But she keeps the fight going. “The Revathi that you are seeing now is not the same Revathi from three years ago,” she muses. This Revathi is tired, disillusioned, and prepared not to break down if she loses her case in court. After another adjournment, her next hearing is set to take place in August. But what remains unchanged between this Revathi and the one from three years ago is her dogged determination to see her complaint all the way through to the end, because of what it means.

After all, as Sara Ahmed notes: “The story of a complaint made within an institution can be to tell another kind of story about the institution; a story that counters the story the institution tends to tell of itself and about itself.”