None Of Your Bloody Business 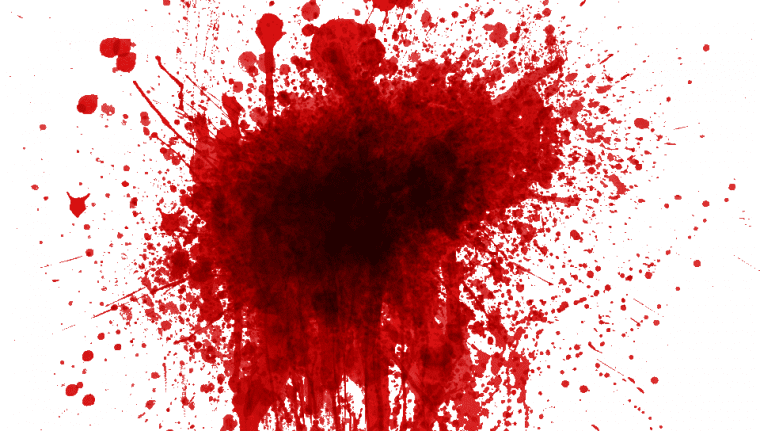 Menstruation wasn’t always considered a dirty and impure bodily function wielded as a weapon by society to restrict women’s mobility. Historically, in many Indian cultures, menstruation was considered auspicious, and menstrual blood was even served up as an offering to goddesses, according to historian Narendra Nath Bhattacharya, as quoted by scholar Janet Chawla in “Mythic Origins of Menstrual Taboo in Rig Veda.” The menstruating woman was treated like a goddess, as if society was amazed at how women could bleed out of their bodies and not die, like it’s no big deal. I know, we’re pretty amazing.

For example, in certain parts of Assam and Orissa, the “rituals of the menstruation of the goddess are celebrated during the monsoon season,” Chawla writes. A common belief was that “both the fertile earth and woman must rest, be venerated and celebrated,” she says.

Somewhere along the way, though, the same society that celebrated women’s miraculous bodies started punishing them for their ability to further human existence.

The manifestation of the menstrual taboo is a phenomenon she argues is rooted in a Hindu mythological text called the Rig Veda. Apparently, there existed an evil being called Vritra, who withheld water from people and was called the demon of droughts. Now, Indra, the king of gods, in all his guardianship glory, kills the water demon with a thunderbolt to the chest, releasing water to the people and ensuring future prosperity. He was also a god who said, “the mind of woman brooks not discipline, Her intellect hath little weight,” Chawla quotes the Rig Veda saying, just by the way.

Indra is consumed with guilt for killing Vritra, because the demon was a learned Brahamana, considered an upper caste in Indian society. So, Indra went to womenkind and asked them to take his guilt upon themselves via a regular cycle of repentence — aka menstruation. In the process of doing Indra a solid, and washing away his sins with their blood every month, the ability to menstruate was a sort of eternal punishment that women were forced to accept. Chawla argues that the entrenchment of this mythological association of menstrual blood with guilt and sin, which is repeated in other historical texts, managed to gain a foothold in Indian society and influence public opinion over centuries.

In a historically popular Sanskrit text called the Vasishtha Dharmasutra, the water demon incident is mentioned, which Chawla says influenced the following lines about women’s place in society: “A woman is not independent; the males are her masters. It has been declared in the Veda, ‘A female who neither goes naked nor is temporarily unclean is paradise,’” and “For month by month the menstrual excretion takes away her sins. A woman in her courses is impure during three days and nights.”

The consequence of this ancestral ideology, passed down and warped through generations, is still biting women in the uterus in present day. Women polled in a study called “Cultural and Social Practices Regarding Menstruation Among Adolescent Girls” said their body emits a smell or ray that has the power to turn food bad. The associations of impurity and pollution with menstrual blood has led to women being banned from kitchens, temples, and other public spaces while on their periods.

The historical association of menstruation with evil spirits has also influenced practices where women bury the cloths they use to absorb period blood. The period cloth, so to speak, is considered by some to be “the most vulnerable object and a potent agent which might be used for casting evil eyes/magic on some one,” according to “Place of Menstruation in the Reproductive Lives of Women of Rural North India.” “There is a belief prevalent in the study area that women often throw their ‘used’ rag/pad at road crossing to cast evil eyes/magic on others. Anybody who steps over this thrown rag/pad is said to become the victim of evil eye/magic. This piece of cloth is considered a part and parcel of the secret world of women’s lives. So, all attempts are made to hide/conceal the rag/pad.”

The idea that whatever a menstruating woman touches will be ruined is common: if she touches a cow, it will become infertile; if she uses water — a cleansing agent in itself — she will pollute the water. In some parts of India, women on their periods are not even allowed into communal baths for the first few days of their cycle, according to “Menstruation Related Myths in India: Strategies for Combating It.”

There exists a very unusual dichotomy in the way society looks at menstruating women. Remnants of the goddess rhetoric still exist, present in so-called period parties common in South India, where the family throws a big celebration for a girl upon her first period, dressing her up in finery and giving her gold. But those exist to celebrate the fertility of the girl — who will now finally be able to fulfill her one, true purpose in life, birthing babies — and not the really cool thing we do when we walk around and smile at people while bleeding profusely out of our vaginas. Celebrating fertility, while simultaneously stigmatizing everything that being fertile entails, has curbed any possibility of having open, honest and constructive conversations around menstruation.

It’s a “dualism implicit in woman’s social position,” according to The Curse: A Cultural History of Menstruation, which quotes social anthropologist Mary Chadwick saying, “From one aspect the woman who may not be approached is inviolable, holy; another aspect she is polluted, unclean. She is what the Romans call Sacra, sacred and accursed.”

This hypocrisy has led to 71 percent of girls in India reporting having had no knowledge of menstruation before their first period, and reporting shock, fear, anxiety, guilt and frustration during menstruation, according to a country analysis of menstrual health sponsored by the Bill and Melinda Gates Foundation. 88 percent of Indian girls and women rely on homemade contraptions during periods, such as old rags, hay, sand and ash, the report adds. These practices increase the risk of contracting reproductive tract infections stemming from improper hygiene. Disposal mechanisms for sanitary pads, such as incinerators encouraged by the Government of India, are often hazardous to the health of the women who end up operating them.

Due to societal stigma, many try to hide or bury their pads in the dead of night, which raises safety concerns. 53 percent of Indian homes lack access to toilets, “requiring women and girls to use communal or public toilets, which may be far away, or defecate in the open, increasing women’s vulnerability to violence,” according to the report, which includes the accounts of women living in slums in Delhi, who report that men wait in public latrines at night to rape women.

The stigma has also compromised women’s ability to get a proper education. More than 30 percent of girls living in north India drop out of school when they start menstruating, according to “Exploration of the Foundation of Menstrual Taboos Along the Lines of Culture and Religion and Its Implication on the Development of Women.“

Period products are inaccessible and unreliable for many women from low-income communities, as a result of a lack of innovation influenced by the menstrual taboo. 70 percent of women said they could not afford to buy sanitary pads, according to the Gates Foundation report. While high-quality pads stay out of reach due to their cost, low-quality products are of compromising quality, or unavailable due to low rates of production.

While a few programs, such as the Rashtriya Kishor Swasthya Karyakram adolescent health strategy, have made headway in providing solutions by, for instance, offering affordable sanitary pads and menstruation information to girls through counselors, most fail to address the psycho-social aspect of the problem, according to the Gates report. Very few interventions are targeting the propagators of stigma, “community members and key influencers in girls’ lives, particularly her mother,” who can affect her daughters’ behavior “in the short term and may have longer-term effects on her transition to adulthood,” the report adds.

Thankfully, with the Supreme Court ruling against the Sabarimala temple’s prohibition of women of menstrual age, which barred them from entering the premises in the name of tradition, and the subsequent 600 kilometer-long “Women’s Wall” protest for gender equality, centuries-old perceptions surrounding menstruation might be changing. Making operational improvements to menstruation-related infrastructure, such as sanitation and period products, is a step in the right direction, too. But women won’t be able to adequately utilize them if they are drowning in period blood stigma.