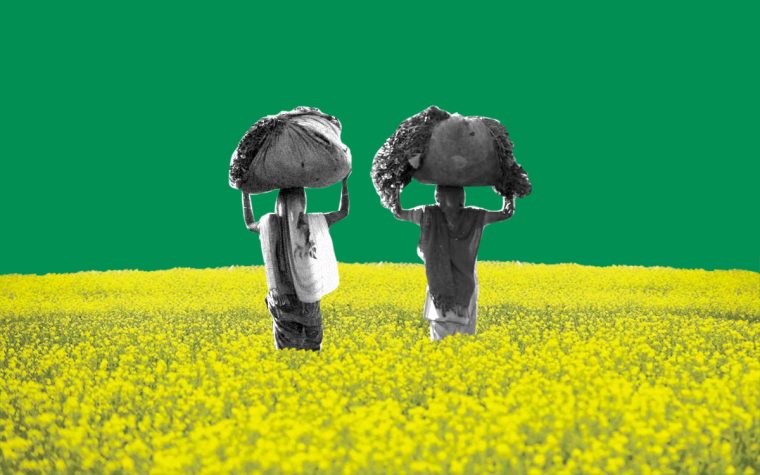 The Supreme Court, while hearing pleas against the approval awarded to genetically modified (GM) mustard for commercial use, observed yesterday that if the government were to allow the cultivation of herbicide-resistant GM crops in India, it would negatively impact thousands of women agricultural workers who are traditionally engaged in the practice of removing weeds, reported The Hindu.

In October, the Genetic Engineering Appraisal Committee (GEAC) approved GM mustard for commercial cultivation, making it the first genetically modified food crop to receive such an approval, reported LiveLaw. GEAC’s decision reignited the debate over GM crops, dividing opinion between those who believe GM crops will result in “better yields and lower costs for farmers” and environmentalists who have questioned these claims, adding that there are serious ecological and economic concerns which remain unaddressed.

Petitioners have challenged the approval in court, calling for a ban on GM mustard cultivation. According to a report in Business Standard, petitioners told the SC that this genetically-modified crop is unsustainable in an Indian context. They further raised issues of conflict of interest, arguing that the companies holding the patent for GM crops are the ones who are also testing its viability. If the cultivation of GM mustard is sanctioned without an adequate assessment of its environmental and health impacts, it could have drastic repercussions.

Women have been recognized as the “backbone” of agricultural systems and the rural economy, and are engaged in some of the most labor-intensive farming practices including sowing, winnowing, weeding and harvesting. They produce 60-80% of the food in India, and yet their significant contributions remain undervalued, fraught with difficulties and deprivation. With land rights and access to resources, including finances, accruing to male members of the family, there is a significant gender gap in agriculture that invisibilizes the role of women.

“In rural areas, women are experts in removing weeds. They are a part of the labour force in agriculture in India. It brings them employment… You know it is because women started agriculture that humankind stopped being nomads and we saw the sprouting of civilisations,” Justice B.V. Nagarathna, who heard the petitions, said.

Still, in 2019, IndiaSpend reported that employment opportunities for women in rural areas remain limited to “low-paid and erratic farm work.” Most of this work is in the form of agricultural labor that increases the dependence of women’s livelihoods on land owned by others. The cultivation of GM mustard, which is expected to be heavily dependent on the use of herbicides, may then deal a further blow to women workers, while also raising concerns around sustainability and food security.

As men migrate to urban areas in search of work, a trend of feminization of agriculture, or more specifically, agricultural work, has been prevalent. The UN’s Food and Agriculture Organization noted in 2016 that 45% of the global agricultural workforce is made up of women – a number that rises significantly to 75% in India. Ishita Mehrotra, assistant professor at Ambedkar University, told IndiaSpend that this feminization is not to be celebrated, as “Agricultural work is indicative of ‘a patriarchal ideology and a socio-cultural value system’ that keeps women bound to the village and consumed with domestic work, while gender roles allow men to migrate for economic and social reasons.”

As the custodians of local knowledge on seed saving and traditional forms of food processing, women have played a key role in the development of agricultural systems and processes. However, their knowledge and contributions went “unrecognised and [were] even lost in the process of Western domination and corporatisation of agricultural production,” noted researchers who conducted a field-based study in 2018 to examine the experiences of women in relation to Bt cotton cultivation – India’s first tryst with genetically modified crops.

They noted similar gendered trends as those witnessed across the agricultural landscape – specifically, “women are the workers and men are the decision makers and owners of land.” Social norms, entrenched in patriarchy, do not allow women the right to land or to make decisions on which crops to grow. With restrictions on saving Bt cotton seeds, an otherwise traditional practice, the researchers said women had to buy seeds each year – a move that denied them their right to seed management and made it difficult for women from poor households to withstand losses if their crop failed.

For Women at the Farmers’ Protests in Delhi, the Farming Laws Aren’t the Only Issue

Further, the excessive use of herbicides and pesticides that GM crops warrant could also result in adverse health impacts, as chemicals leach into the soil, water, and harvest. The GM crop – HT Mustard DMH-11 – carries a gene for herbicide resistance, which has produced disastrous results in several parts of the world already, scientists wrote in The Indian Express. “We reiterate that HT technology involves the use of a herbicide in far higher amounts than conventional herbicide treatments, high enough to kill all weeds in the field, leaving only the engineered crop to grow. Thereby, it replaces all other weed control measures,” they noted.

This will result in the unchecked spread of herbicide-resistant weeds which increases farmers’ dependence on chemical herbicides such as glufosinate ammonium, a known carcinogen. “Once that happens, still higher amounts of herbicide need to be used; the cycle continues progressively. HT offers short-term benefits at the cost of long-term sustainability,” wrote the scientists.

The issue of GM crops’ impacts on health was also raised in court by advocate Bhushan. He told the bench, “On one hand, we have the spectre of irreversible contamination of all mustard in this country if you allow the release of genetically modified mustard. On top of that, we do not know what kind of effect it will have because either the requisite studies have not been conducted, or they are unreliable. On the other hand, the only benefit which, they have claimed will accrue, is that this technology would be used to produce genetically modified hybrids, which may or may not outperform normal hybrid mustard.” Bhushan further stated that GM mustard seeds have already been planted in several locations and must be uprooted before they start flowering, so as to prevent contamination.

As the Bench noted, the ways in which the introduction of GM crops will impact women – who form a significant proportion of the population dependent on agricultural work for their livelihoods – becomes an important matter to consider along with the several ecological and health-related concerns raised by GM mustard. Amid widespread opposition, a Division Bench had earlier this month, asked the Centre to hold off on taking any action on GM mustard’s release. The Centre’s stand will be heard in court today.