Hate Speech Is Okay As Long as It Is ‘Said With a Smile’: Delhi HC 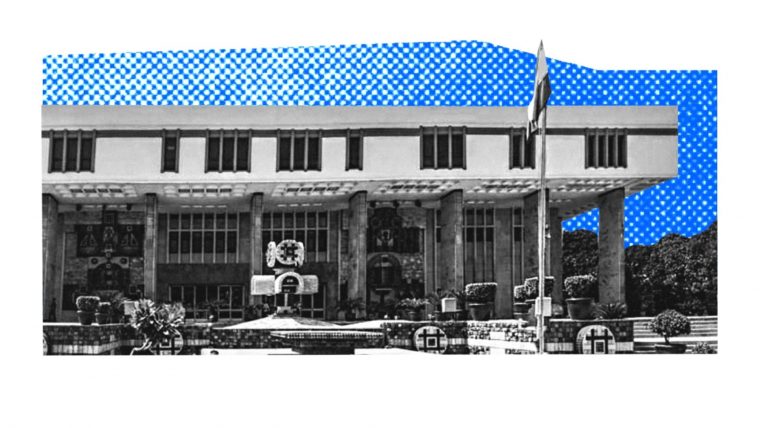 On March 25th, the Delhi High Court observed the nuances of criminality in the context of hate speeches. Since a speech given during election times is different from your regular political speak, the court noted, it is okay to say things just to create a “mahaul” (atmosphere) if there is no intention of violence.

The bench, comprising Justice Chandra Dhari Singh, was ruling on a petition around the incendiary speeches immediately preceding the riots that barrelled down Northeast Delhi in early 2020. A politician from CPI(M)’s attempted to register an FIR against two politicians from Bharatiya Janata Party — Anurag Thakur and Parvesh Verma — for their speeches; but it was denied by a lower court. In January 2020, Thakur was infamously heard shouting “desh ke gaddaaron ko” (traitors to the country) at a rally, to which the crowd fiercely replied with “goli maaron saalo ko” (must be shot down with bullets). “Desh ke gaddaaron ko” has since become a war cry to justify violence and discrimination against Muslims.

But in the present case, Justice Singh noted it was important to see the context of speech. “If you’re saying something with a smile then there is no criminality, if you’re saying something offensively then [there is] criminality. You have to check and balance. Otherwise, I think 1,000 FIRs may be lodged against all politicians during elections,” he said, as reported by The Indian Express.

The observation lives in obscurity equally absurd and relevant to our times. Two things strike out: one, how the idea of incendiary language — or anything that remotely falls into that category — is acceptable if those comments are made in the context of an election. “Was that an election speech or speech in ordinary time? If any speech is given during [an] election, then it’s a different thing. If you’re giving a speech in the ordinary course, then it is instigating something,” said the judge. A speech that purposefully ruffles further during a politically charged time deserves scrutiny — if not more — for it plays on emotions.

Two, it purposefully not only adds smokes and mirrors around what categorizes as hate speech — but also how much is too much.

Verma had called the Shaheen Bagh protesters “rapists and murderers”; in a video, he said people in Delhi should “act now” against this proposed threat because the Prime Minister and Home Minister “would not save them later.”

These are abstract concepts — what does it mean to say something “with a smile,” and why should that be a marker of politically inciteful comments? Arguably, the “Haridwar hate assembly” — a veritable conference by Hindutva supporters — involved many people rallying for violence against Muslims, with a smile. In the present case, a spree of speeches around the protest sites led to three incidents of firing at two different protest sites in Delhi. Hundreds died, more were displaced.

Justice Singh says “Because we are also in [a democracy]… you also have the right to speech and all these things…,” when referring to criminality in hate speech. Obfuscating the lines around what is hate, and what isn’t, inevitably bolsters a culture of impunity among leaders. The asterisk over hate speech makes it easier for people to play in the shadows and leaves the ground fertile for misinformation as well.

In other pernicious ways, the overarching sentiment also effortlessly embeds violence and malice in our very language, making us more and more tolerant of egregious acts that start with incendiary words. As Aditi Mittal wrote, while speaking of the deafening silence around hate speech: “A slow drip of poisonous lies about demographic change, historical lies spread through WhatsApp messages and dubious online pages, is being pumped into our veins.”