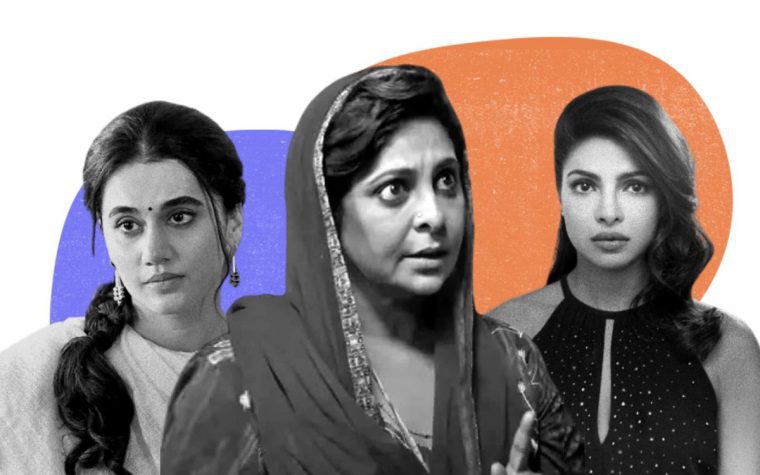 Every time we gossip about a divorce — packaging someone’s intimate life and pursuant struggles into recreational fodder — the stigma surrounding it is reinforced. Besides betraying our internalized misogyny, casting aspersions a women’s characters through gossip also forces other women to stay in marriages where they’re abused while being denied personhood. As a result, for women like Queens’ Mandeep Kaur, even dying by suicide begins to seem like a better alternative than withstanding the scrutiny of outsiders.

“Aage kuaan peeche khaai…” chants a track from Netflix’s recent release, Darlings — highlighting how its protagonist Badru (Alia Bhatt), a survivor of domestic violence, is caught between unpleasant choices. The song doesn’t explicitly discuss the undesirable options she’s faced with, but through the character of her mother, Shamshu (Shefali Shah), Darlings does give its audiences a hint: the stigma surrounding divorces. Shamshu would rather support her daughter in murdering her abuser than advise her to divorce him instead. As we find out just before the curtains drop on the black comedy, Shamshu, too, had chosen to kill her husband and live as a widow, rather than being tagged as a “divorcée,” an identity laden with vile, sexist stereotypes.

Moreover, in reducing divorce to a salacious piece of gossip, its complexity is buried under a garb of sensationalism. “[W]hat is it about divorce that leads to hushed whispers when we speak of it in the context of someone we know? Why is there an element of the ‘breaking news’ variety of gossip attached to it?” Vandana Shah, a divorce lawyer, wrote in The Huffington Post, commenting on the shame and secrecy that surround divorces. “You are ostracised; everyone blames you for your troubles and judges you negatively even if they have partial to no facts on the matter.”

The fear of “log kya kahenge” — a symbolic articulation of the gossip culture in Indian households — prevents families or other ecosystems of support from truly aiding the person in need. In Darlings, at the very least, Badru has the emotional and financial support of her mother, unlike many Indian women whose families tell them to “grin and bear it,” in order to avoid her character and the family’s upbringing becoming fodder for neighborhood gossip.

The catharsis that Shamshu and Badru experience upon witnessing the end of their abusive husbands isn’t something most women, in real life, might relate to. But the fear of being known as a divorcée, nonetheless, keeps them trapped in loveless — even abusive — marriages.

Upon being told by a cop that divorces are hardly stigmatized anymore, Shamshu says that may be the case for more privileged Indians, but not for people in the lower rungs of the socio-economic ladder. But a rather grim fact is: despondent as this sounds, Shamshu may have actually painted a picture far more pleasant than the reality.

Ayesha (Priyanka Chopra) from Dil Dhadakne Do — arguably, a rich, upper-class Indian whose parents can afford to throw parties for their friends and family on an international cruise — continues to stay in a relationship with her emotionally abusive partner to protect her family’s image. In Thappad, too, the stigma is evident. Despite having made up her mind to divorce her husband for raising his hand on her, Amrita (Tapsee Pannu) is forced to justify her decision to people over and over again.

It’s understandable, then, that many women choose to endure their relationship with an abusive partner than face judgment from the world, at large — alongside the prospect of an uncertain future that a divorce automatically spells. “[Women] are taught to ‘adjust and accept’ no matter what. Moreover, a married woman is seen as her husband’s ‘responsibility’. Once divorced, she is on her own with no one to ‘look after’ her. People are also unsure if she would get married again. Ultimately, the society concludes that her life is ruined,” notes an op-ed from last year.

We have indeed been conditioned into perceiving a divorce as the end of the world — even though it couldn’t be further from the truth. “[D]ivorced women are doing fabulously — they’re writing powerful poetry about their divorce, doing stand-up comedy about their divorce, running support groups to enjoy divorced life, telling men what they’re wearing via text message, navigating judgy gynecologists, swiping rights, and having the time of their lives,” Aditi Murti had written in The Swaddle earlier.

Part of the reason why gossiping about divorce hurts women more is that patriarchy is inclined to prejudicially “blame” women for the dissolution of marriages — without even knowing specifics of the circumstances that led to it. Women are twice as likely to be shamed for divorces than men. On the one hand, we liken divorces to failures; on the other, the notion that women must shoulder the lion’s share of the emotional labor that marriages require, makes us place the blame for a divorce squarely upon them.

Reports suggest that 31% of married women in India have been at the receiving end of intimate partner abuse — be it physical or emotional. Of them, only 10% reported it. Referencing data from the National Crime Records Bureau, an article states, “India has historically had the lowest divorce rates in the world… people chose dying in a bad marriage over the path of divorce.”

In 2021, The Swaddle spoke to Samantha, 25, who was emotionally abused by her boyfriend, besides being threatened with physical violence. Yet, she didn’t immediately break up. She recalls feeling ashamed to admit to friends or family that she was steering towards yet another failed relationship, lest they blame her. This is a person who wasn’t even married and wouldn’t have the tag of divorcée haunt her. That, perhaps, made it much easier for her to eventually leave him than it would have been if they were married.

When we take pride in our country’s low divorce rates and deem “divorce a ‘modern trend’ with evil western influence wherein ego and selfishness wins over love, or the will to sustain a marriage,” we perpetuate patriarchy’s distaste of happy, independent women. Divorce, then, is automatically equated to disgrace. And when it seems like social disgrace is the only other alternative to abuse, motivating oneself to walk out just to be humiliated, doesn’t feel worth it.

But divorce isn’t the end of a person’s life; it’s merely the end of a bad chapter that signals a fresh beginning. It’s not a mark of a woman’s selfishness either; as in the cases of Ayesha and Amrita, it’s a mark of self-respect instead.