How Daydreaming Inspires Productivity at Work 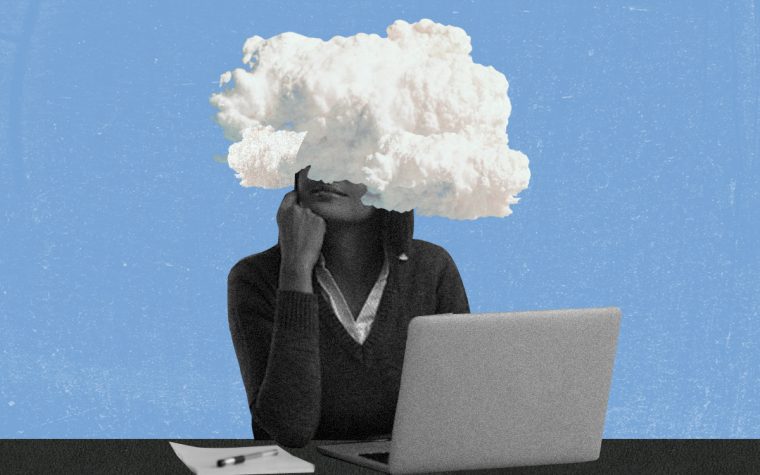 We must accept the number of times we’ve dreamt about vacations, weekends, any modality of leisure at the workplace. It is easy, swift, and an escape from work pressure. Despite the familiarity and pervasiveness of daydreaming, this staple of work culture is often dismissed for its unproductivity. Wasting time at work to concoct hypothetical scenarios is deemed lazy and inefficient – a hindrance.

Far from being a waste of time, daydreaming, at work or otherwise, can be rather lucrative. For one, mind-wandering between tasks at work is linked to increased creativity and output. A 2012 study, for instance, looked at participants engaging with a demanding task, analyzing their performance with and without breaks of daydreaming. Increased productivity was linked to unrelated thoughts.

It sets off a process called “creative incubation,” where the mind is at rest and at will to make connections and solve problems it otherwise wouldn’t be in an active state. “Being ‘always on’ like this can make us less productive because it can block the brain processes that occur when we let our minds wander,” Josh Davis, director of research and lead professor at the NeuroLeadership Institute, wrote in Harvard Business Review.

Creative incubation has taken a hit during the digital age. “When we turn to our devices every time we get bored or find a break in the flow of work, we keep ourselves constantly processing new information,” Davis added. This hinders the state of rest and inspiration that daydreaming could have led to.

The success of daydreaming could also have something to do with the visual-based format of inspiring motivation. According to new research from the University of Western Australia, people who tapped into their imagination to visualize themselves doing something were inspired to work; this is in contrast to people who were simply told to work. “Our findings suggest that vividly imagining yourself actually doing the activity shortly and pre-experiencing the most rewarding moments of that activity appears to boost motivation,” Dr. Ji said. Higher motivation is, of course, a precursor to greater productivity.

In a study published last year, researchers identified two types of daydreaming: one is problem-oriented (imaginative thoughts connected to challenges) and the other includes bizarre daydreams (improbable possibilities). Both in some ways were conducive to work and creativity, and not only a means to mental escape.

“Daydreaming can have significant upsides for one’s tendency to crack difficult challenges in new ways,” Markus Baer, a professor of organizational behavior and co-author of the study, said. The research “depicts daydreaming as a critical mechanism accounting for the connection between the type of work people do and the level of creativity they exhibit on the job.”

All You Need To Know About Maladaptive Daydreaming

The findings also drew a connection between how invested people are in their profession and the benefits they derive from daydreaming. People who gain a sense of self and fulfillment from work, the study found, were more likely to use their daydreams constructively to solve problems.

It is easy to confuse daydreaming with distraction, or even multitasking. If someone’s working on something today but mentally imagining work-related activity for the next week or later, multitasking (and daydreaming) has little benefit. The researchers, however, defined daydreaming as thoughts “disconnecting from a task and/or stimulus environment.”

The desirable relationship between productivity and daydreaming has found validation from neuroscientists. In a study earlier this year, researchers tracked the response of brain waves to understand this link biologically. When participants had thoughts that moved freely from topic to topic, or ones that were imagined, the alpha wave activity (linked to the generation of creative ideas) increased in the brain’s frontal cortex. The presence of wakeful rest was conducive to innovative thought.

The daydreaming process also positions the idea of a future as something desirable and worth working towards. In addition, it gives people perspective, allowing them to work through challenges in a way focusing on the present conditions can’t.

“During mind-wandering, you are capable of connecting with your longer-term goals and discovering new ways to think about these kinds of situations,” Josh Davis noted, adding “…mind-wandering facilitates creativity, planning, and putting off immediate desires in favor of future rewards. Each of those can be important for working effectively. Not many other things we do can have such a broad impact.”

The sad reality is one where daydreaming carries a considerable stigma – at the workplace or home. The culturally ingrained disregard for wasting time could also play a role in regulating productivity. A study found people who indulged in daydreaming were more likely to feel guilty for wasting productive time. Another finding from this week showed people likely to associate leisure or free time as wasteful are more prone to stress and depression, according to researchers. For them, understanding leisure as a necessary part of the day, which may involve mind wandering, can lead to better mental health. The link between mental health and productivity is well-established, with studies pointing out reduced instances of burnout and higher job satisfaction.

“… there are times when a freely wandering mind can also be beneficial. This thought pattern should not be inherently undesirable,” study co-author Julia Kam, a cognitive neuroscientist at the University of Calgary tells Inverse.

The desirable consensus thus seems to be: dream a little dream of…something.

On a visceral level, it is absurd to shun daydreaming as undesirable. Researchers have found the mind wanders close to half of the time in a day. Instead of taming it, the key to productivity and growth may lie in inspiring free thought. The adage of ‘the idle mind is the devil’s workshop’ overlooks the nuances and pace of the modern workplace. If you let it, an idle mind could workshop brilliance.