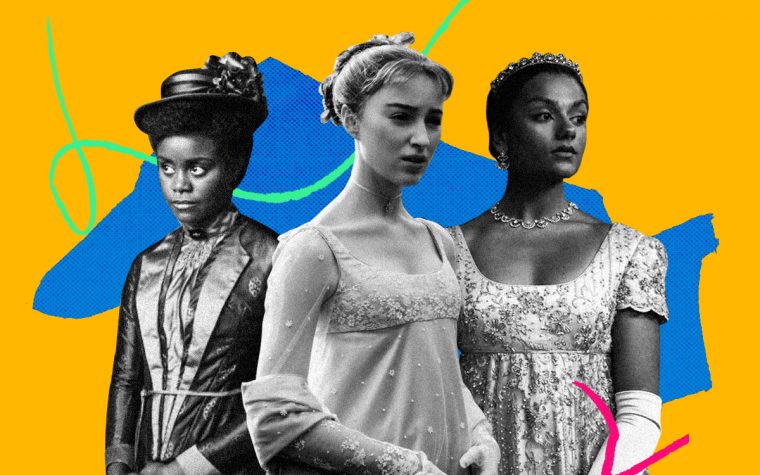 It is the eve of season 2 of Shonda Rhimes’ steamy Regency drama Bridgerton, and also, the end of Julian Fellowes’ other grand period drama The Gilded Age. Between the two, conversations about race and historical accuracy have abounded — due to the presence of characters in both shows, who are shown to be occupying respectable, if not royal, statuses in their respective plots.

Both shows are set in the 19th century: while Bridgerton is set in England, The Gilded Age explores the age of the robber barons of New York. Black characters feature prominently in both: and several articles are quick to reassure audiences of the historical accuracy. In the age of historical fiction TV, however, one important question abounds: is accuracy enough?

Erica Armstrong Dunbar, the historical consultant on The Gilded Age, notes how the character of Peggy Scott, a black woman and aspiring writer-journalist, represents middle–class black families who were once, or at most twice, removed from enslaved ancestors. They existed, she notes, but are extremely underrepresented in popular media about the era. “She is someone whose profession is built on her education. It was really important for us to show that she was a skilled woman, and that that was a reality for Black people 15 years or so removed from the Civil War,” she tells Vanity Fair.

Historian Durba Ghosh from Cornell likewise points out that the presence of an Indian member of the Ton in Bridgerton — the much anticipated Kate Sharma, played by Simone Ashley — is accurate of the time too. Englishmen were known to have married Indian women in colonies and brought their children back to the island to raise them as English, Ghosh tells NBC.

Shows, Movies Have More Stories on Disabilities Now, but Not Enough Representation: Study

Kate Sharma’s character, too, has parallels in real historical figures of Indian descent — namely Kitty Kirkpatrick and Helene Bennett, women of Indian descent on the maternal side who were relocated to England upon their fathers’ requests. Historian William Dalrymple called them “White Mughals,” throwing light on very real members of high society with an Asian origin.

Bridgerton is said to have hired many Indian consultants to get her character right. One notable change was the inclusion of the “Sharma” surname — because of how “common” a name it is in India. And herein lies the first problem — when Indian stories are included for the sake of representation, it is often lauded as an achievement in itself, no matter how awkward the inclusion can often get. Sharma is a common Indian name among upper-caste Indians — and in celebrations of representation, it is all too easy to forget exactly who is representing what. In the process, the notion of who is “Indian” continues to be cemented in an upper-caste Hindu mold in popular culture and media.

It goes to show how the ideology of any story also matters beyond just representation. While Peggy’s character is groundbreaking in terms of the forgotten parts of history she represents, she is placed in a world whose morality is painted by a stuffy white conservative man. Julian Fellowes’ politics have been criticized before: his other upstairs-downstairs drama Downton Abbey romanticizes the British aristocracy, a class of people who famously do not work to achieve their status, and laments their slow decline. This, while making the commoner characters “work” for their respect and goodwill. Indeed, characters in the “downstairs” parts in both shows aren’t allowed to have shades of grey like their upstairs counterparts enjoy: they are painted rather caricature-ishly as overwhelmingly good, or manipulative, scheming, villainous, treacherous — take your pick.

The same is replicated in The Gilded Age when grand old white matriarch and high-society gatekeeper Agnes van Rhijn inexplicably develops a soft spot for Peggy — this is explained away by Marian like this: “I think she admires people who help themselves.” Except, Peggy helps herself despite people like Agnes and her ilk. She is shown to be the “good” black woman who earns her respect; this is a gaze not only of the characters in the show but also of the show itself. Indeed, Peggy remains a side character despite having the most interesting arc — the rest of the show is all about high society, tea parties, ball gowns, and exceedingly petty new money-old money face-offs that don’t quite have room for Peggy anywhere. This part of the show, however, carries more heft than Peggy’s story — placing its loyalties in wanting to continue telling stories where socio-historical accuracy is just a backdrop to stories about white people in brilliant costumes.

Peggy, as the only prominent black woman in The Gilded Age, is angelic in her goodness. Indeed, she is almost a maternal figure to hapless white woman Marian, whose woes extend only to a man’s romantic advances. Peggy is seen patiently coddling Marian in her pity parties and laughably insignificant problems while juggling much bigger fish on her own — all while maintaining a perfectly sweet, placable front that never, ever cracks. Except for the one time when she calls Marian out on her assumptions about black families — a non-incident, in the larger scheme of things, that is soon forgotten in the very same episode.

Bridgerton, too, explored race in the early 19th century through the Duke of Hastings. But its race-oblivious rush to be inclusive in a historically accurate way led to other nuances being glaringly overlooked — such as the controversial sexual assault scene that, in the universe of the show itself, was quickly brushed aside. Except, the assault of a black man by a white woman in a context where the inverse was a narrative used to lynch and kill black men, is appalling, to say the least.

The result of representational period drama, then, is often historical accuracy but also: dishonesty. There is something off about shoehorning representation without fundamentally changing a story’s ideological moorings — something which neither Bridgerton nor The Gilded Age has meaningfully addressed in their bid to be light, frothy, low-stakes television that is pleasant on the eyes and not much more. Representation undoubtedly matters, but the cultural conversation now calls for something more, especially in historical dramas — nuance.