How I Have Sex: ‘I’ve Hardly Ever Orgasmed Because I Get Too Scared’ 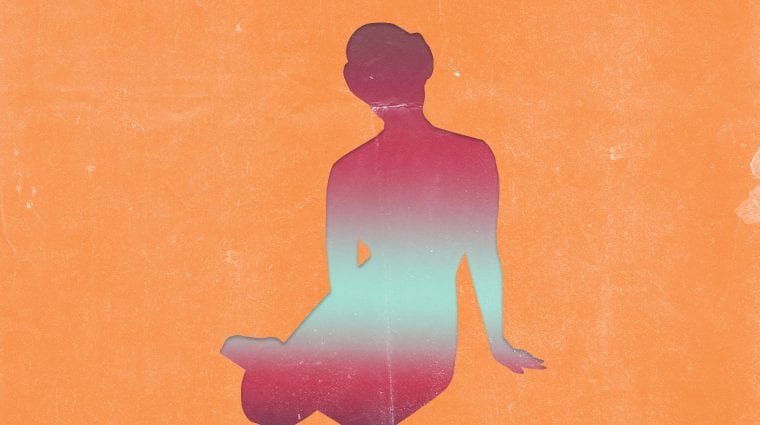 In How I Have Sex, we bring you candid retellings of people’s sexual lives that explore the multidimensional nature of this human experience. In this installment, 24-year-old Shubhangi explains her fear of orgasms and why she pulls away from pleasure.

He was surprisingly good, and it was a very passionate encounter. We shared good chemistry. And I always appreciate it when men go down on you before flinging their dicks in your face. (It’s the bare minimum, but on one night stands, especially, it says a lot about the character of the boy.)

But this is why I didn’t get a call back from him: Every time I got going, I’d just pull away or push him back. And he was really perplexed, couldn’t understand what was going on, and kept checking to ask if I was hurt or okay. I really enjoyed my time with him, but every time it would get ‘too good,’ I’d just back off.

I realized that no matter how much I crave it, at the end of the day, I’m scared of pleasure. I’ve hardly ever orgasmed, even with myself, because I just get too scared close to the climax. Of what? I don’t know. Even when I’m masturbating, close to an orgasm, I just stop. I feel scared. Scared of what? Absolutely no clue. I pull away because I feel I’ll explode. It all becomes too good to be true, and it’s not the usual “Oh, I’ll pee or I’ll poo” scare that people get. I genuinely feel it’s going to be so good that I’ll pass out and won’t be able to take it.

The Importance of Orgasms, From Women Who Don’t Have Them

I’ve never been curious about sex per se. As a child, especially, I never went about finding things out. For me, sex was all Mills and Boon, and I think I ended up associating romance and sex. And only late into adulthood was I able to separate the two, and look at sex as a tool for pleasure. As a person with Borderline Personality Disorder, sex has also been a destructive tool for me, so whenever I wanted to hurt myself, I’d go out, drink, and fuck someone whose name I didn’t know. Promiscuity — for the want of a better word — is one of the things patients indulge in. I did too, in the sense I would do things without a condom. I’d let the other person — a complete stranger — get violent with me, pull my hair, stuff my mouth, hit me in bed. So, in order to hurt myself, I’d have very violent sex and derive absolutely no pleasure out of it. I was doing it to hurt myself rather than pleasuring myself. So, for a really long time, it wasn’t about pleasure at all. I think that adds to the fright because a part of me flinches when I enjoy the act — a part of me says, “You’re supposed to hate this” — and I pull away. I know it’s twisted, but this is how it is.

I’d like to add that I’ve only been with a handful of men who knew what they were doing in bed. The rest of them were extremely selfish who just wanted to get off and didn’t give a damn [about] their partner’s pleasure. Even if it’s ‘mindless fucking,’ I think respect is very important to make the process enjoyable for both parties. Because when you’re treated like an object, you feel diminished in the middle of the act and derive no pleasure from it. And if you’re mentally healthy enough to want pleasure from the act and know exactly what you want and how you want it, you’ll feel happy at the end of it — orgasm or no orgasm.

I think my favorite sexual memory is where I was really intimate with my then-boyfriend. We spent a good time just talking to each other, touching each other all over without getting sexual about it, and just had a really great evening. He pulled me out of bed and into the shower, where again we weren’t sexual but appreciated each other through touch. And then we came back and had sex. I’ll never forget that night, even though I did not orgasm.

Even if I meet the rare good-in-bed boy, I end up feeling dissatisfied at the end of the day. And in turn, hornier if I am seeing someone because I’m simply never satisfied. It’s extremely frustrating. You want it, and yet, when you’re getting it, you don’t? The constant horniness is the want of an orgasm you never get; it can really weigh on your mind. It also makes you feel and look extremely weird in front of your partner. The very few times that I have orgasmed, and I remember only one where I exploded, I’ve felt great. I’ve lit a cigarette afterward, given 100 points to the boy beside me, and slept happily.

How I Have Sex | Orgasm Anxiety