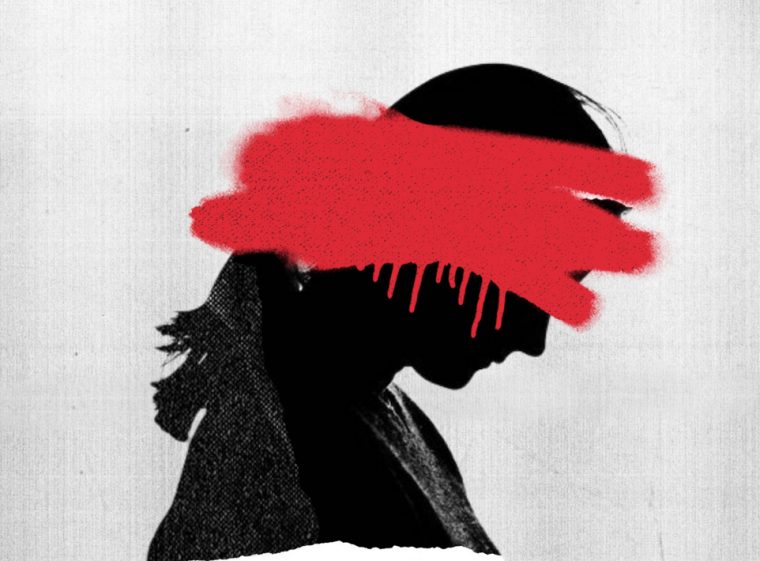 “You’re just too anxious. You’re a hypochondriac. You’re having too much alcohol. Are you eating well? The stress is really getting to you.”

Before being diagnosed with premenstrual dysphoric disorder (PMDD) when she was 23 years old, Anuhya arduously visited doctor after doctor in the hopes of understanding her condition, only to be invalidated every time. Having struggled with PMDD since she was in school, she only received a diagnosis in her 20s because of medical gaslighting and medical trauma. Consequently, the lack of awareness about menstrual health also meant she could not access healthcare services earlier. Her pain had been incorrectly attributed to premenstrual stress (PMS), an umbrella term that is commonly used to describe any physical and emotional symptoms that appear with menstruation.

Reflecting on her experience, she says, “[The doctors] don’t want to take a minute and look at the history. So there are more and more undiagnosed menstruators just struggling. They have to bear with such a bad quality of life when a simple diagnosis and an even simpler treatment can change that.”

Without the medical care she required, Anuhya went through years of resorting to alcohol to cope with the disorder. Her symptoms also led to interpersonal conflicts that significantly affected her social relationships.

Menstrual healthcare is closely tied to mental healthcare, and proper medical treatment involves recognizing this intersection. Menstrual disorders, like PMDD, polycystic ovary syndrome (PCOS), premenstrual exacerbation (PME), endometriosis, and adenomyosis, have strong menstrual-mental links, leading to both physical and psychological symptoms. Patients with PMDD may experience suicidal ideations premenstrually, along with other affect disturbances like irritability and tension. They may also face a level of impairment that is similar to major depressive disorder (MDD). Menstrual disorders are often comorbid with affective and anxiety disorders, like depression, anxiety, bipolar disorder, and Obsessive-compulsive disorder (OCD).

The physical symptoms, including excess hair growth, hair loss, acne, weight changes, and fertility problems, can affect one’s body image and sense of identity because they clash with societal standards of femininity.

As Anuhya points out, “There is also a lot of trauma with being undiagnosed and trying to figure out what is happening to you while you try various different medications and fail.” Menstrual disorders like endometriosis and adenomyosis can take up to over a decade to be diagnosed. This can lead to substance abuse and overprescription of pain medication. “After I got my diagnosis, I quit cold turkey for about two years. Because once I had the help that I needed, I no longer needed alcohol to get me through the day.”

Conscious of the importance of a multidisciplinary healthcare approach through her own lived experience with PMDD and work as a menstrual health researcher, Anuhya works to raise awareness about menstrual-mental health through her organization, BeyondBlood. Conversations at BeyondBlood include different experiences such as suicidal ideations with PMDD, menstrual migraines, and body dissatisfaction throughout the menstrual cycle.

For Endometriosis Patients, Better Communication Could Lead to Faster Diagnosis

Naina was 23 years old when she found out that she had a cyst in her right ovary. The doctors did not want to perform surgery on her because they were of the opinion that she was too young and so — like many others with the condition — she was given medication to induce menopause chemically. When she started menstruating again after a year, the cyst had disappeared. But the medication, which she later found out had been banned and had patients filing lawsuits against doctors, had caused severe hormonal balance. The resulting extreme hair loss had left a bald patch on her head, and she went through a brief period of depression. When she woke up in the morning, her pillows would be covered with so much hair that she would feel afraid to take a shower. She felt like “she was going crazy” and experienced a lot of anger and frustration.

Naina’s experiences of living with chemically-induced menopause for polycystic ovary syndrome (PCOS) reflect the inadequacy of mental healthcare for people who menstruate. There is barely any focus on menopause in conversations on menstruation because of the association of menstruation with fertility. This results in the negligence of mental health changes that occur during menopause. Psychological and cognitive changes that one goes through during menopause include anxiety, depressive mood, irritability, mood swings, an inability to concentrate, and poor memory.

These symptoms caused by menstrual disorders are associated with lower quality of life and wellbeing, non-attendance at school and work, and higher rates of mental health disorders. Further, implicit bias in research has led to predominantly using men in clinical trials for general-use drugs because of a fear that women’s menstrual cycles and hormone levels would skew results.

The menstrual-mental association highlights the need for collecting data based on different points in the menstrual health cycle, taking into account hormonal changes. Only then would there be data to develop drugs and treatments based on sufficient representation of the biology of people who menstruate.

To be inclusive of the range of diverse experiences that people who menstruate go through, it is essential to adopt a life-cycle approach to menstruation. The life-cycle approach looks at menstruation as a repeated process that includes a multitude of changes that occur from menarche to menopause. Menstruation is viewed not as a sign of fertility but as a vital sign of health, which also allows for a better understanding of the menstrual-mental health link.

The life-cycle approach also degenders the conversation on menstruation. Trans people are excluded from menstrual healthcare because of the notion that menstruation is a reproductive function exclusive to women.

Lucky Neog, a trans man from Assam, says he would rather deal with the excruciating pain of his period cramps than visit a gynecologist. Having faced multiple experiences of medical trauma, he consoles himself saying, “It’s only 7 hours. So, I can deal with it.”

After starting hormone replacement therapy (HRT), he has been dealing with “such intense pain that I can’t breathe. It feels like an electric shock in my abdomen.” Unfortunately, most gynecologists in Assam do not know about HRT and its effects on the body. Before visiting a healthcare professional, Lucky tries to mentally prepare himself the best he can. Apart from being a trans man, there are other factors that make healthcare inaccessible for him. For instance, there is only one endocrinologist in all of the seven states of the North East. The medical trauma only makes it harder for him to access healthcare because of the fear of having to deal with an insensitive doctor and being retraumatized.

It is thus crucial to acknowledge the mental health impacts of navigating healthcare when exploring the menstrual-health health link, along with understanding the psychological symptoms that can be comorbid with menstrual issues.

At the end of the day, if healthcare providers were to pay more attention to the lived experiences of people, the menstrual-mental health link would become more evident.

As the trans poet and educator J. Mase III says, “Prioritizing articles and textbooks over real people’s collective experiences is one way to avoid accountability for the current world we live in.” Anna Maria Joseph is a psychologist and freelance writer exploring the intersections of disability, gender, and the climate crisis through the lens of lived experience.

See all articles by Anna Maria