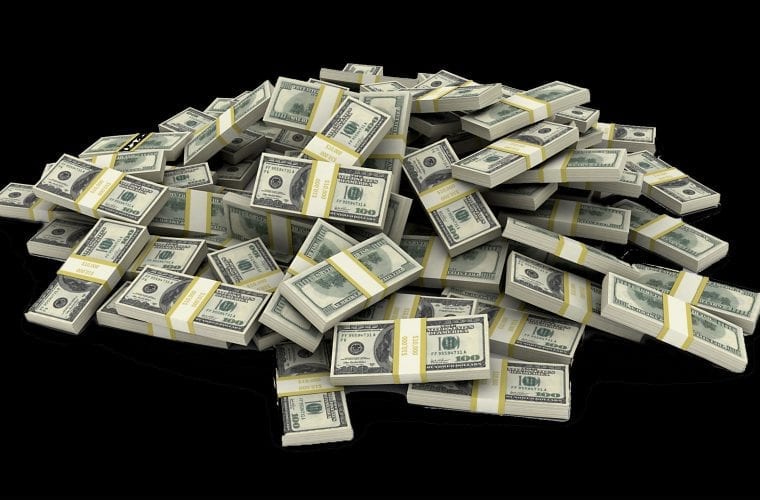 A constant pursuit of wealth produces a 'high' akin to that of a drug.

Money, and the dogged pursuit of it, have been known to change an individual. There’s even a term for it — affluenza — which is a combination of affluence (wealth) and influenza (disease). According to Affluenza: The All-Consuming Epidemic, it’s the “the damage done — to our health, our families, our communities, and our environment — by the obsessive quest for material gain.” But, how exactly does money affect rich people?

Wealthy people may have less empathy than those belonging to lower socio-economic classes — the latter was found to be better at reading others’ facial expressions, which is considered an important marker for developing empathy, according to research published in the journal Psychological Science. “Lower-class environments are much different from upper-class environments,” study co-author and social psychologist, Michael Kraus, told Time. “Lower-class individuals have to respond chronically to a number of vulnerabilities and social threats. You really need to depend on others so they will tell you if a social threat or opportunity is coming and that makes you more perceptive of emotions.”

This lack of empathy in wealthy people has also been recorded in other social experiments: drivers of luxury cars were found to give pedestrians the right of way three times less than those driving less expensive vehicles; wealthy car drivers were also four times more likely to drive rashly and cut off others on the road, according to psychologists at the University of California, Berkeley. Another experiment from the same group of researchers involved two individuals playing Monopoly, in which one player received more fake money at the start of the game than the other. The player with more money initially showed discomfort with the inequality of the game rules, which slowly dissipated as the game went on: the more fake wealth the player accumulated, the more aggressive he got toward the other player, made fun of him and showed off his wealth, which had been distributed unequally in the first place. Even being exposed to money-related words and phrases can affect individuals’ thought processes and make them more prone to taking unethical decisions, such as lying, according to a study by Harvard University and the University of Utah researchers. “Even if we are well-intentioned, even if we think we know right from wrong, there may be factors influencing our decisions and behaviors that we’re not aware of,” study co-author and University of Utah professor Kristin Smith-Crowe told MarketWatch.

In the case of the Monopoly experiment, the player with more fake wealth slowly forgot the initial inequality and started showing off his wealth. In the real world, this can be explained according to a theory called social class essentialism, researched by Kraus and UC Berkeley social researcher Dacher Keltner. Social class essentialism holds that people explain the superficial differences between their social class (such as economic, gender, race, sexuality) and others’ in terms of fundamental identity differences (such as genetics, work ethic, personality traits). Kraus and Keltner, after studying a diverse group of American adults, found the participants belonging to a higher socioeconomic class had a stronger belief about social class essentialism — meaning, their class privilege reinforced the idea that they belonged in that social class because they believed they had fundamental qualities that made them special and worthy.

This understanding and justification of one’s own class privilege can also be supported by the just world theory, developed by psychologist Melvin Lerner in the 1960s. The theory suggests human beings are motivated to believe the world is a fair place because the alternative is too harsh to the stomach. This has birthed the idea that successful, wealthy people deserve their wealth because they worked hard for it. Since the world is a fair place, people from lower socio-economic classes must not work hard enough — if they had, then they would have gotten their fair share.

However, as we move toward a greater understanding of systemic oppression and how certain communities are institutionally disadvantaged, we realize this notion is faulty.

The Secrets to Happiness and Happy Kids

Research shows that people belonging to upper socioeconomic classes also explain behaviors through the lens of character traits and abilities, often not taking into account the environment or circumstances of a person. Since being rich in society accords an individual with certain educational and career privileges, it makes sense that the wealthy would have the freedom to evaluate others on the basis of their internal abilities only. For lower socio-economic classes, the consideration of environment or circumstances plays a major role, since it impedes them from realizing and utilizing their internal abilities to the optimal extent. On the part of the wealthy, it’s not so much wilful ignorance of the plight of the poor, but a blind spot accorded by their class privilege. According to Kraus and Keltner, realizing this blind spot could make wealthy folks more attuned to how circumstance plays a role in success, which could counteract systemic oppression, help raise wages, establish drug treatment programs and generally increase opportunities for the less wealthy.

There’s hope: another experiment from the UC Berkeley study showed rich people were not likely to help a person entering a room in distress — unless they had been primed by watching a video about child poverty first; then they became more likely to help. “We’re not arguing that rich people are bad at all, but that psychological features of wealth have these natural effects,” social psychologist and study co-author, Paul Piff, told Time. “There are simple things you can adjust, which suggest that rich people are fairly sensitive and just need little reminders.”

However, it’s not just how the wealthy treat others that’s a problem. In addition to being wealthy, pursuing wealth relentlessly, endlessly, can also be a detriment to rich people’s mental health. A compulsion to acquire more money can be categorized within a class of behaviors called “process addictions,” psychologist Dr. Tian Dayton writes for HuffPost.“Process addictions are addictions that involve a compulsive and/or an out of control relationship with certain behaviors such as gambling, sex, eating and yes, even money. … There is a change in brain chemistry with a process addiction that’s similar to the mood-altering effects of alcohol or drugs. With process addictions, engaging in a certain activity such as viewing pornography or having an obsessive relationship with money, can kick start the release of brain/body chemicals, like dopamine, that actually produce a “high” that’s similar to the chemical high of a drug. The person who is addicted to some form of behavior has learned, albeit unconsciously, to manipulate his own brain chemistry,” she writes.

As for how wealth affects happiness — while there is no clear link between the two, research shows after a certain level of income that fulfills basic human needs, accrued wealth doesn’t add more to happiness. Instead, extremely rich people are at a higher risk for depression — not because of the amount of money they have, but because wealth can perpetuate a relentless need to acquire more that has been linked to unhappiness. Having a money-oriented approach to life has also been linked to lower relationship satisfaction.

Even the children of the wealthy could be are affected by their parents’ affluence. Research finds these kids are more vulnerable to substance abuse problems, which could be due to feeling isolated from their parents or feeling pressured to be high-achievers. “In upwardly mobile communities, children are often pressed to excel at multiple academic and extracurricular pursuits to maximize their long-term academic prospects — a phenomenon that may well engender high stress,” psychologist Suniya Luthar writes. “At an emotional level, similarly, isolation may often derive from the erosion of family time together because of the demands of affluent parents’ career obligations and the children’s many after-school activities.” Research finds that children belonging to upper socio-economic classes are more maladjusted than others and were more likely to internalize their troubles. Wealthy children were also found to be at higher risks for depression, anxiety, and eating disorders.

The pitfalls that accompany running after money beg the question: how much wealth is too much wealth?