Too Much of Anything... 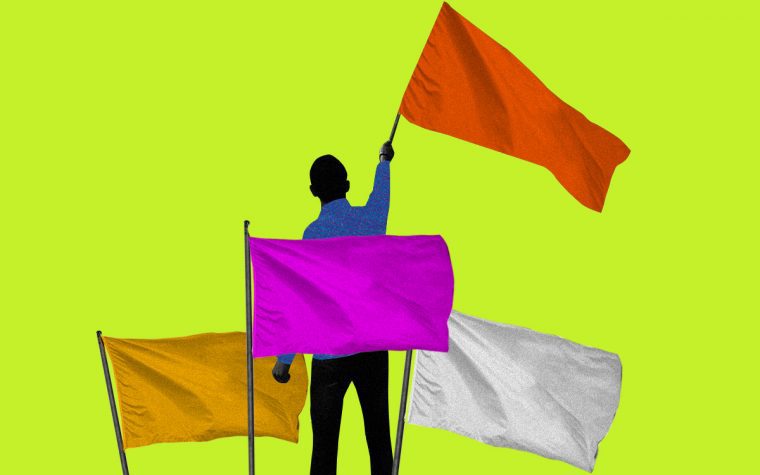 Believing you’re part of a nation that is superior to all and deserves special treatment is what “national narcissism” looks like. National narcissism is one of the many forms of “collective narcissism,” where an individual or a group of people hold an inflated, often defensive, view of the group and seek external validation for the same.

According to a new study, this delusion of unprecedented greatness makes people even more vulnerable to conspiracy theories. Unfortunately, when the conspiracy theories in question pertain to a global health crisis, the ensuing domino effect can strengthen misinformation and endanger real lives of real people.

Published in the Personality and Social Psychology Bulletin, the present findings are based on data collected directly from two large-scale national surveys conducted in the U.S. and U.K. The data comprises 950 participants and secondary analysis of data from 56 countries involving more than 50,000 participants.

The study analyzed people’s propensity to trust conspiracy theories in relation to the pandemic. The findings consistently demonstrated two links. First, national narcissism was not only a trait more common among people who were more likely to believe in conspiracy theories, but also endorse misinformation based on them — for instance, in the form of WhatsApp forwards. Second, as is perhaps intuitive, belief in conspiracy theories also made people less likely to participate in precautionary behaviors and lend lesser support to public health policies.

“An inflated belief in national greatness… is associated with a greater focus on defending the image of the country than on caring for its citizens. It is also correlated with seeing out-groups as a threat and blaming them for in-group misfortunes,” a study from 2020 explains. “To increase people’s willingness to take a pandemic seriously and engage with other nations to defeat it, citizens and leaders may need to accept that their country is at risk, just like others, and find ways to share resources and expertise across national boundaries.”

The researchers believe the overwhelmingly consistent findings across cultures provide us with important insights into how people’s social identity can contribute to the collective health of a nation.

“People should understand that social identity plays a central role in how people construct beliefs…This can, of course, be a good thing if you are part of a group that values accuracy and the well-being of group members. Alternatively, it can be a bad thing if your identity involves inflated views of your group and an obsession with dominance or image management,” said Jay Van Bavel from the department of psychology and neural science at the New York University in the U.S., who was involved in the 2020 study as well the present one.

However, it’s important to remember that national narcissism goes beyond love or pride for one’s country, its values, and traditions. There’s also more to it than “political conservatism,” which is resistance to political change; or even beyond “national identification,” which means centering one’s identity around one’s country.

“National narcissists… pursue a political agenda that is primarily driven by concerns of what makes their nation look good. They care about what the nation can do for them and how it reflects on them… [They] are quick to abandon their country if it benefits them,” the authors wrote.

For now, Van Bavel believes “the most obvious future direction” is to understand how national narcissism can be “experimentally manipulated” — perhaps to ensure more desirable health outcomes.

conspiracy theories | narcissism | nationalism | science of us | Too Much of Anything...